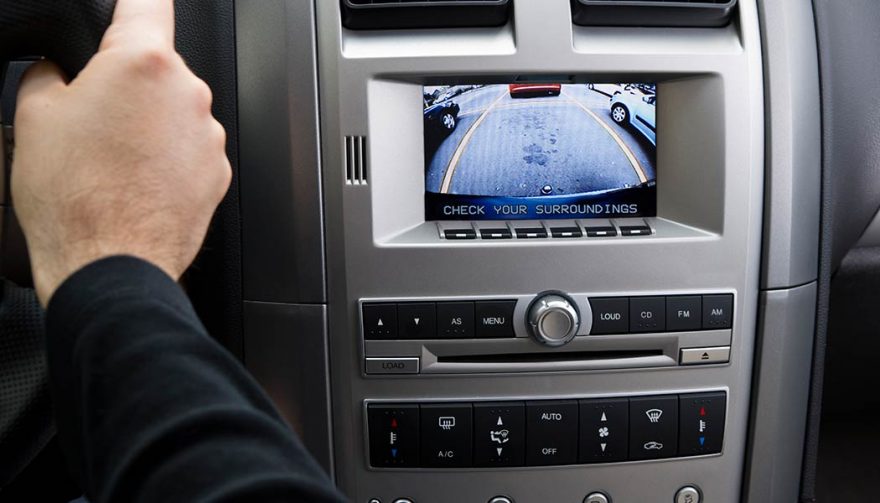 Everyone is familiar with Google’s self-driving car (GoogleX) which has successfully cruised up and down California’s coastline and the streets of Los Angeles without the benefit of a human being behind the wheel. Google’s objective is to build a totally autonomous vehicle and they are well on their way to doing but are you aware of just how close they are?

In a September 2015 briefing Google spokesperson Sarah Hunter announced Google’s intention to build and sell an autonomous vehicle by 2017. The proposed car will have no pedals, no transmission levers and no steering wheel. What it will have is four buttons; go, please slow down, stop, and stop really quickly.

One can also assume that when Google launches its first consumer autonomous car it will include a rolling WiFi hot spot with one incredible infotainment system!

The whole purpose of a self-driving vehicle is to eliminate the uncertainties and frailties of the human driver. Software driven vehicles don’t get fatigued, develop cataracts, get distracted by a text message or a fight among the kids in the back. Software driven cars don’t drink and drive.

In theory, every car will be piloted by “drivers” of equal skill. In theory there will be no Sunday drivers poking along at 20 mph below the posted speed limit and no reckless lane changers swerving in and out of traffic just to be the first car at the stop light.

While mainstream manufacturers haven’t introduced a fully autonomous car or truck they have developed a variety of driver assistance features that give a taste of what the “driving” experience may look like in the future while offering a higher level of safety in the here and now.

Rear view cameras are not just a good idea, effective May 1, 2018 they will become the law as well. Congress passed a law mandating rearview cameras for new cars in 2008 and after a mere 7 years the National Highway Safety Transportation Agency (NHTSA) promulgated a rule that requires just that. The irony is that most manufacturers already offer these cameras as either standard equipment or options. The difference between brands lies mostly on the width of the view (Nissan offers a 3600 bird’s eye view) and what shows up on the dashboard display. A combination of cameras and radar provide the driver a clear view of obstacles (if any) in their path when engaged in reverse.

You May Also Enjoy:
Are Autonomous Cars Going to Take Over? 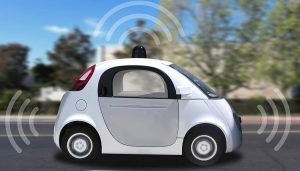 Available on a number of brands including BMW and Mercedes-Benz, this driver assistance feature is perhaps the closest thing to a Google experience. Cruise control has been around for decades and was used principally for high speed cruising on the interstate. Active cruise control can do that but it is principally designed to take the stress out of low speed stop and go traffic. Using radar to measure the distance to the vehicle in front of you, the system will accelerate or brake, or even come to a complete stop and then start up again, depending on the distance of the car in front of you. No manual braking, no manual acceleration is required. If your commute involves a daily gridlock experience this system will make the drive much less of a pain.

Lane tracking was one of the first “automated” driver assist systems to hit the market. The objective of the system is to keep the driver from inadvertently crossing a lane or changing lanes when it is unsafe. The lane tracking system uses a smart digital camera to determine when the car is crossing a lane without a turn signal initiated. The idea is to alert a drowsy driver or a distracted driver that they are leaving their lane. Warnings come in the form of flashing lights, audible alerts or, in the Mercedes-Benz, a vibrating steering wheel.

This safety feature is based on infrared technology and comes in two flavors, active and passive. Both systems use an infrared camera to seek out items that emit heat like pedestrians, bicyclists, deer and exhaust pipes. The principal difference is the passive system can read heat signatures up to 1,000 feet out and is not affected by fog or rain. Active systems use an infrared emitter, usually located in the headlights, that delivers a sharp black and white image as opposed to the passive system’s “glowing” images (think Gulf War night video). However, active systems have roughly half the range and are degraded by rain and fog. Both systems have “smart” algorithms that identify the objects detected and alert the driver.

Parallel parking is the bane of every teenager taking their driver’s license test that lingers on into adulthood for a surprisingly large number of drivers. Parallel parking assistance packages are available on a number of brands and at the heart of things, they pretty much all work the same way. None of us has a problem controlling the speed required to safely park, what we typically have issues with is the space required and the angle of the wheels. Parking assist, using a number of laser sensors, amazingly efficient software and a “drive by wire” feature will alert you when you have found a space big enough then provide voice or written instructions on when to accelerate, brake and shift gears. The fly by wire feature spins your steering wheel and attacks the space at precisely the right angle. It’s a bit spooky until you get used to it but then you’ll love it.

You’re on a four lane highway and you are ready to pass the car in front. You check your side view mirror and see that the lane is clear, flip your turn signal on and suddenly there is an alarm going off and a flashing warning light. You’re driving a car equipped with blind spot assistance. Cameras on both side view mirrors monitor the space just adjacent to your vehicle and sound an alert immediately when you signal your intent to change lanes by activating your turn signal.

Driver assistance packages can make life safer but there is still the resistance by some who do not trust the technology. For the same reason that a steering wheel turning by itself in a park assist package is spooky, the idea of turning the acceleration and braking over to a computer in an active cruise control can be unnerving.

Fortunately for the unbelievers, many of these “active” systems can be turned off leaving the driver totally in charge, and responsible for the safety of the vehicle.