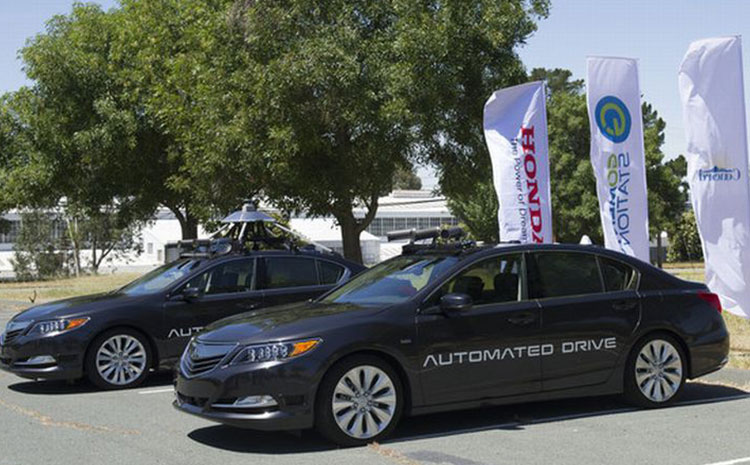 Honda and Acura are predicted to have true self-driving cars by 2020.

In 1946 Japan, the principal mode of transportation for both people and freight was the bicycle. With precious few cars and trucks to work on Soichiro Honda, an automotive mechanic by trade came up with an idea for a bicycle with an auxiliary engine attached. While there were a few companies manufacturing proper motorcycles their cost made them totally inaccessible to the average Japanese family.

A small engine and simple drive train that could be easily adapted to a bike would be cheap enough for the bulk of the population and not only provide the convenience of motorized transport but help spur commerce through a more efficient transportation system. Using a modified 2 stroke 50 cc engine that formerly served as a wireless radio generator, a Japanese style hot water bottle for a gas tank, and constant tweaking and testing the newly formed Honda Technical Research Institute introduced its first product to a commercial success.

What a Difference 7 Decades Can Make

Fast forward 70 years and the 8th largest automobile manufacturer in the world is not hawking motor assisted bicycles but rater making news about automobiles that drive themselves.  There has been an enormous amount of hype about autonomous vehicles with two big players, Ford and Toyota recently committing $1 billion each to acquire autonomous technology. Honda, operating under the radar and with a different marketing strategy, rolled out an Acura’s RLX Sport Hybrid SH-AWD at the GoMentum Test Station in Concord, CA and put on an impressive autonomous display in front of the press.

GoMentum Station is a former Navy munitions zone with over 20 miles of roadway including bridges and tunnels making it an ideal test bed for self-driving vehicles. Reporters watched as the Acura negotiated turns, straightaways, stops, speed control, veered to avoid objects and even yielding to pedestrians while in an autonomous mode. Honda, as well as other manufacturers is hesitant to call the Advanced Driver Assistance Systems (ADAS) “self-driving” for fear of raising liability issues however, this test showed that the Acura could handle driving situations without input from a driver providing:

Soichiro Would Be Proud

The founder of Honda built a vehicle that many could afford. Rather than targeting the much smaller wealthier market, his bikes, his attention to detail, and his marketing effort allowed almost everyone to give up pedal power and enjoy motorized transportation. As a result his brand and reputation succeeded and he was a commercial success.

To a certain extent, that’s what Honda is doing with its ADAS technology. While the demo car was the upscale Acura RLX Sport Hybrid SH-AWD which starts at $52,000 the same technology is available in the 2016 Honda Civic LX which will set you back a paltry (by comparison) $22,440.

While other brands offer some form of ADAS in their top of the line models, Honda is taking a different approach. Jim Keller, chief engineer for Honda Research and Development Americas commented on the industry hype and the direction that Honda is taking in regards to ADAS.

“This is a unique differentiator for Honda…who is committed to the concept of safety for everyone. Unless we democratize it across our lineup it will be just a niche.”

Keller predicts that a truly autonomous system will be offered on every Honda and Acura model by 2020.

You May Also Enjoy:
Do YOU Want a Driverless Car? 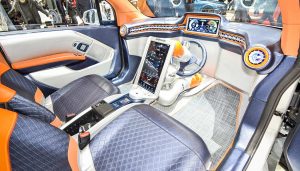 Drivers ages 15 to 19 are the most likely to die in a distracted driving accidents followed by drivers in their twenties. It’s no accident that Honda outfitted their Civic, a popular choice among youth, with their ADAS system.

The Feds are getting into the game as well looking at mandatory ADAS implementation and Congress is meeting with Google, Chevy, Delphi Automotive and Lyft for an update on the technology.

So safety is a market driver but for “cars for hire” companies like Uber and Lyft it’s about profits. What happens when there is no commissioned driver involved in the fare? Profits go up or possibly prices go down? Eliminating the possible liability exposure of a driver with a passenger can also have a huge impact on insurance costs as well as negative press. Autonomous automobiles open up significant opportunities for companies offering alternatives to car ownership like rental firms and ride sharing services.

A Forgotten but Rapidly Growing Market for Self-Driving Cars

And then there is a growing market that nobody talks about because they will be the most vocal and resistant to any kind of mandated ADAS movement and that’s the Boomers. This generation will be turning 70 in huge numbers over the next four years and they simply won’t trust technology to drive their car.

However, in the back of their minds is the powerful fear of not passing an eye test and losing their license. To a retiree who has lost his or her mobility retirement means dependence on others. Already many are not comfortable driving at night so their mobility ends at sunset which impacts on their ability to go out to dinner, go to a movie, or visit friends once the sun goes down and that’s seen as a disappointing but inevitable fact of life.

A truly autonomous automobile however, can give seniors a freedom they would otherwise lack. No worries about getting to a doctor’s appointment or going grocery shopping and if it comes with a preset playlist of the best of the ’60s it will be a huge success.