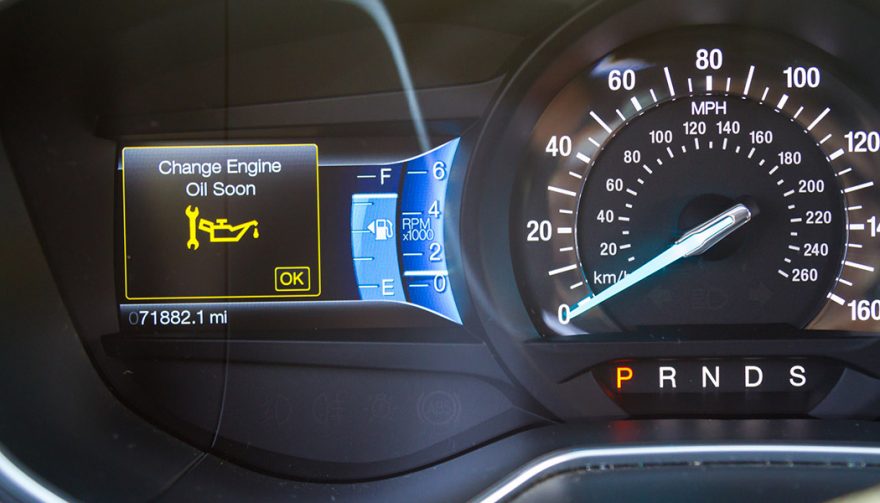 Not sure when you should be headed to the shop for new oil? We tell you how often to change oil for a balance of thrift and reliability

Keep it Running Smooth, We Tell You How Often to Change Oil

One of the biggest questions people ask about their car is how often they need to be changing the oil. Of all the maintenance items you should be tracking and addressing regularly, the oil is perhaps one of the most important. After all, the oil protects the most valuable part of virtually any car: the engine. Without it, catastrophic engine failure would ensue and you’d either be getting a new vehicle or would shell out big money to have a new one installed. So how do you know how often to change oil in your car? It’s a simple question, but the answer is a little more complex.

What Oil Does For Your Engine

To truly understand engine oil change intervals, you first need to know what oil does. Most people are aware it’s a type of lubricant. That means it clings to the different components or parts inside the engine, helping them to move with greater ease. Oil also keeps the metal parts from grinding against each other as they run, otherwise, those parts would literally shave each other down to the point they would break or melt and fuse together.

But that’s not all engine oil does. It actually helps keep the interior of the motor clean. As oil runs through the engine, it will pick up carbon deposits, dust, metal shavings, and other foreign materials. It flows to the oil filter, which quite literally filters these materials out, capturing them so they aren’t reintroduced to the engine.

Most people have absolutely no idea that oil helps keep an engine at the right temperature. As the oil heats up, it spreads that heat to the different areas in the engine. This makes everything run more optimally. Then, the oil will actually soak up excess heat to an extent, guarding against overheating.

To say the oil is essential to the operation of your engine would be completely accurate. So is knowing how often to change oil.

When Your Car Says So

Many modern cars will actually tell you how often to change oil. A message displays on the infotainment screen or the driver display in the gauge cluster, announcing that you need to have the oil changed in the near future.

This is a nice convenience that helps guard against forgetfulness. Some cars are programmed to contact the nearest dealership service department and try to schedule an appointment for an oil change. Depending on your view of that dealership, you might find such a feature to be a godsend.

There’s one catch about depending on your car to tell you how often to change oil: usage. Normally, these reminders are set based solely on the number of miles driven. If you’re using your car normally, that’s all fine and quite accurate. But if your usage varies outside of the norm, you might want to consider changing the oil more often.

The same thing goes for following the oil change interval in your user manual, if you have an older car. Those recommendations are made assuming you’re using the vehicle in normal ways.

You May Also Enjoy:
Can I Still Use That Old Oil? Or Does Motor Oil Go Bad in Storage?﻿ 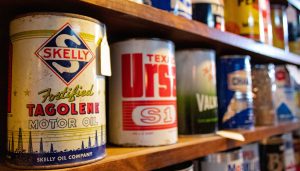 Depending On Your Usage

The viscosity of motor oil, or its ability to provide protection for the various components, actually breaks down over time. This is one reason why you need to change the oil, because it will stop protecting like it did when fresh. There are several factors which can affect viscosity.

Same goes for oil cleanliness. As you already learned, the oil in your car works to keep the engine clean. Some conditions will make the oil dirtier sooner, and that means it’s necessary to change the oil more often. Failing to do so can negatively affect how the engine runs, including creating deposit buildup that can “starve” certain sections of the motor, or prevent oil from flowing through in normal amounts.

Operating your car in severe conditions means you should change the oil more often. This can include making quite a few short trips on a regular basis. By short, this means distances which are five miles or fewer, in normal temperatures. If the outside temperature is at freezing or lower, then short trips are considered ten miles or fewer.

Driving in extremely hot weather surprisingly doesn’t necessarily mean severe conditions. What does qualify is if you’re driving in stop-and-go conditions in extreme heat, like commuting in heavy traffic during the dead of summer.

Commuting through heavy traffic at any time of the year can also qualify. If you’re traveling at low speeds for long distances, this can speed up the breakdown of the motor oil.

If you like to or have to drive on dirt roads, on sand, or down gravel pathways regularly, that can contribute to more deposits gathering in your engine. This means a more aggressive engine oil change schedule.

Towing a trailer long distances is also considered severe conditions. The same goes for driving your car on a track. Both place a considerable amount of load on the engine, spiking temperatures and pushing the various components to their operating limits, or at least near them.

Automakers actually provide a recommendation for oil change intervals if you’re driving in any of the above severe conditions. If you don’t find these in the owner’s manual, you can look it up on the automaker’s website or contact the dealership service department to learn how often to change oil.

Finally, there’s the type of oil you use in the engine. You might think all motor oil is created equal, but it actually isn’t.

Synthetic motor oil is a technological marvel. Yes, it costs more, but the process it goes through ensures the oil molecules are uniform. That means consistent performance and the viscosity lasting longer. While you can go further between oil changes if you use fully synthetic, just how far is something you need to consult your owner’s manual to get the real answer.