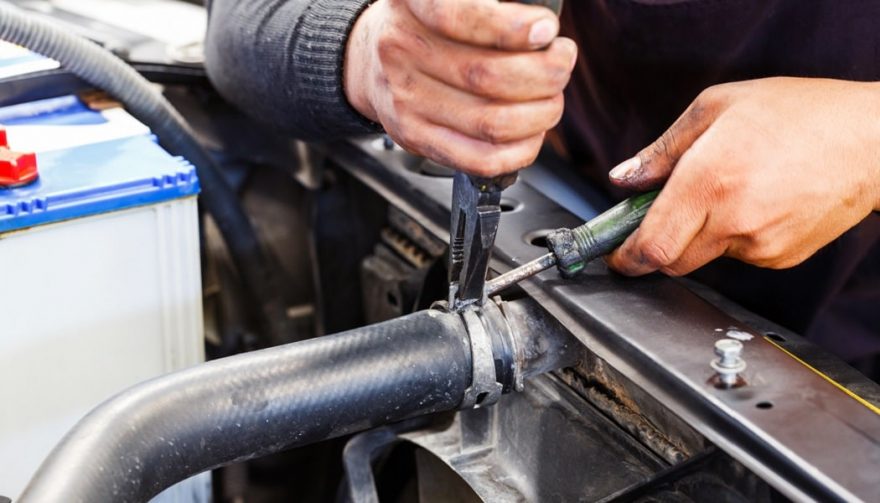 Maybe it is not really the radiator that is leaking, but something more simple is at fault.

So You Think You’ve Got a Leaky Radiator, Let’s Hope It’s Something Else

Water is leaking out from under the engine of your car, and now you’re interested in knowing how to fix a leaky radiator. Let’s calm down and get a grip. Maybe it is not really the radiator that is leaking, but something more simple is at fault. Fingers crossed, right.

We’ll look at some other similar symptoms, as well as your options for fixing that leaky radiator.

Many Things Can Be Mistaken for a Radiator Leak

The air conditioner is supposed to leak water out from under the car like that. In addition to cooling the air it also removes humidity from it. Otherwise it would blow wet, cold air on you, not a pleasant experience when you want to stay cool and dry.

On a hot, humid summer day the amount of moisture the A/C removes from the air is incredible. You’ve seen cars dripping streams and puddles of water on hot days. Unlike a radiator leak that will also have a green or orange anti-freeze color to it, air conditioner condensate will be clear. So relax if that is what you see.

The windshield washer fluid tank can also spring a leak. It holds about a gallon of water, and if you didn’t add the special detergent to it like you are supposed to, it will leave a puddle of clear water, just big enough to make you worry. Check that tank first before you hit the panic button.

Check Your Radiator Cap Before You Jump to Conclusions

Don’t reach for your checkbook just yet. Inexpensive to replace, and an item that should be replaced every few years, is your radiator cap. It has a neoprene seal that will dry out with age.

Or maybe the cap is just loose, because somebody didn’t put it back on tight. Either way, check it before saying that all that green coolant leaking out is from something more expensive.

This is a common source of coolant leaks. The plastic coolant overflow tank bears the boiling heat of hot coolant flowing into it from the radiator. It suffers baking heat from the engine compartment. Just how long will a thin-walled plastic jug last before it springs a leak, considering that it also has the weight of a gallon of hot coolant bouncing around inside of it as you drive?

Give that tank a little respect, and buy a new one if that’s the culprit. It’s a lot cheaper than a new radiator. If that’s all the problem was, be happy and reward yourself with some new tools.

Add one more part to the list of inexpensive things that can ruin your day. The thin-wall neoprene hose, the coolant overflow tube, carries boiling hot water from the radiator to that flimsy plastic overflow tank we just talked about. When you park your car overnight the engine cools off, the water inside the cooling system contracts. This draws coolant back out of the overflow tank and into the radiator, through that flimsy, inexpensive hose that is prone to drying out with age. 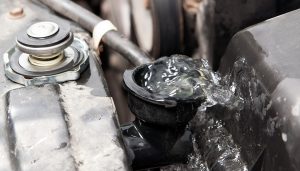 If it is leaking buy a new one. Buy two new hose clamps for it as well. Splurge and do the job right, and be happy you didn’t need a new radiator.

Yes, people do waste money replacing their radiators only to discover the leak was coming from another part. It’s easy to make that mistake considering how crowded and cramped engine compartments are.

Radiator hoses, particularly their hose clamps, are known to leak, especially if they had been removed and then reinstalled recently. Check those clamps for tightness.

The core plugs in engine blocks are prone to corrosion and will eventually leak. Especially if they are several years old, and if you never replace your coolant.  Replacing them is a difficult, messy and time-consuming job.

Heater hoses do leak, but when removing them exercise extreme caution to avoid breaking the heater core. If your car has a leaking heater core you will see anti-freeze under the dash and on the carpet. Replacing a heater core is a very difficult and expensive repair, so be careful when you work with heater hoses.

So, you checked everything else that could possibly leak coolant, and determined that it really is a leaking radiator. Good job on being thorough, so reward yourself again with some new tools.

Radiators leak from two places. They either leak from a broken plastic end tank or from a pin hole within the core, the assembly of tubes and fins.

Plastic gets weak from age, and as a result, the two end tanks can split from pressure. If you look hard enough you will see the split. You can remove the radiator, take it to a radiator shop, and let them replace just the tank that is split. The cost will likely be almost as much as buying a new radiator. Just saying.

Likewise, if the leak is coming from the core, you could have your radiator shop replace just the core and put the old end tanks onto your new core. In that case, the cost will likely be higher than simply buying a new radiator. Again, just saying. A lot of car parts are imported, and they are often less expensive than the cost of labor to repair a broken part.

Old Cars Had Brass Radiators. You Can Fix Those

Brass can be soldered very well, and permanently too. If you have an older car, like that resto-mod you are working on, find a radiator repair shop and get an estimate to have your radiator cleaned, repaired and then pressure tested when it it’s done. You might be pleasantly surprised at the cost, especially if you want to keep that good-looking metal radiator.

If not, then you are back to the option of buying a new plastic-tanked, aluminum-cored radiator, which will probably have been imported. For good looks, though, you can’t beat the look of brass, copper and a well-done soldering job.

Everybody will tell you to buy one of the many quick-fix products on the market and simply add it to your radiator. Don’t, unless it is a dire emergency.

Obviously if you are traveling far from home and far from a repair shop, and your radiator has a small pin-sized hole in it, then trying an additive makes sense, all things considered.

But they often don’t work because the leak is bigger than the products can seal, and you will be left with all that gooey stuff sticking someplace in the cooling system you don’t want it. 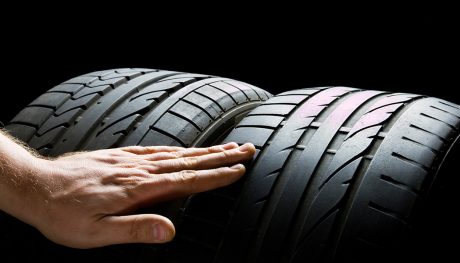