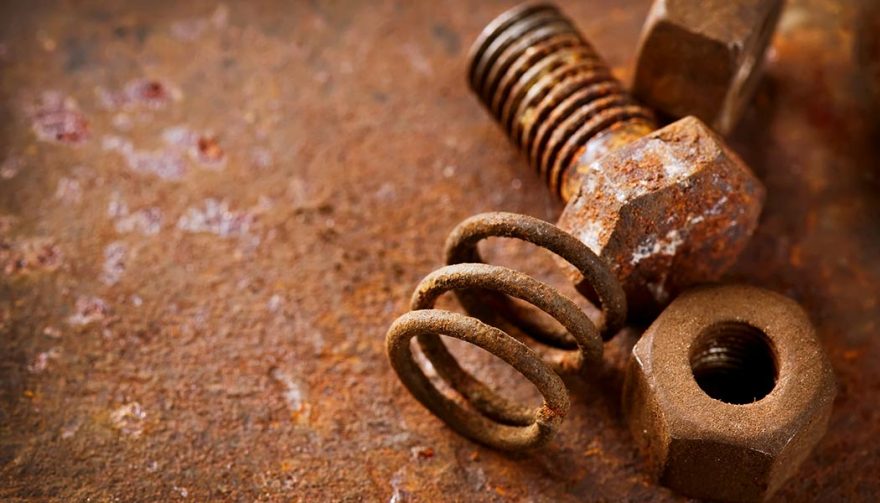 In my day I’ve had the good fortune of rescuing some unappreciated automobiles, vehicles some people might call clunkers. Funny enough, many of these supposedly worn-out rides were able to withstand some serious wrecks and attain better fuel economy than some brand new models, but that’s a conversation for another day.

Tips to Save Your Fingers and Knuckles

So I’m here today to pass on the knowledge I learned with many swollen fingers, bloody knuckles and dozens of curse words thrown about.

It’s not weak to wear some mechanics gloves when you work on your car. Like I said before, I’ve suffered some pretty bad hand injuries while wrenching on vehicles, and it can really put a cramp in everything from being able to drive (ironically) to using a computer and working in your yard.

Gloves are cheap and well worth the expense. Take some time to research the different kinds. I keep several types in my tool shed, including some that are reinforced if I’m taking on some heavy-duty and don’t want to risk a broken bone.

If you proceed without gloves, that’s your business. Just don’t say you weren’t warned.

Knock Off the Rust

Use a wire brush, apply some vinegar and baking soda, and try to remove as much rust from the exposed portions of the screw or bolt as possible. Sometimes it’s not the threads that are the problem, but instead that head that’s stuck.

Go the Other Way

It might sound counter-intuitive, but sometimes to loosen a bolt or screw you must first tighten it. That’s not a Buddhist teaching, but instead is solid advice about breaking up corrosion around the threads. If you’re can’t turn the thing one way, give it an eighth or a quarter turn the other way. Doing that could break up the bonds of corrosion enough that you can then loosen it. Just don’t tighten the thing anymore, because you could do some damage to different components.

Apply a Little Force (in the Right Direction)

Everyone wants to concentrate on torquing a stuck screw or bolt, and that’s understandable. Sometimes, the thing you need to focus on in addition is forcing the screwdriver or wrench onto the hardware.

The corrosion likely isn’t restricted just to the threads, making it hard for your tool to get a good grip on the old metal. Shoving it hard onto the screw or bolt head (without going crazy) can overcome this issue. I’ve even lightly tapped the screwdriver or wrench onto the hardware with a hammer, which can also help break up some of the corrosion causing the problem.

I’m a cheapskate in a lot of ways, but over the years I’ve learned that holding onto certain tools too long isn’t worth the “savings.” Over time, screwdrivers and wrenches get beat up. If you look closely where they contact hardware, the metal actually is deformed and dinged, and that negatively affects how it works.

If you can’t get your tool to turn and old screw or bolt, try one that’s new, maybe even brand new. The tool will “bite” better and possibly make the job far easier to handle.

Don’t give up quite then, because you can help your tools literally get a grip by pouring some gritty household cleaner like Comet over the hardware. That extra grit will cause friction, which will prevent your tool from slipping and make it more likely you’ll succeed.

If you know anything about physics, then you know that leverage is key to getting more work done without applying an increased amount of work. It’s true that the longer the screwdriver handle, the more torque it will apply to a screw. So if your stubby little screwdriver won’t make a rusted piece of hardware budge, use the longest one you have.

The same can be said for wrenches. If you’re using sockets, invest in a good, long breaker bar, because it can save you considerable grief.

When you’re dealing with a screw or bolt that hasn’t budged one inch in the past 20-plus years, while being sprayed with a healthy diet of salt water and whatever else during that time, don’t expect you’re going to get the thing moving in five minutes.

I know this isn’t what anyone wants to hear. When I have a repair job for a vehicle, I just want to rip off the different components, fix the problem, and put everything back together quickly. Forcing a rusting screw or bolt can strip it, and that means you’ll have to hunt down a replacement before you can put everything back together. Trust me, that might take longer than just being a little patient.

Even worse, applying brute force could shear the bolt or screw. This is especially vexing when you’re removing the cylinder head from an engine, or so I’ve been told.

Get a good lubricant and soak the screw or bolt for at least half an hour, then try again. I’ve had good luck with WD-40, but particularly bad situations call for something like PB Blaster. If you can’t get the thing to budge, I’ve found the best solution is to seriously soak it again and let it sit overnight; I’ve never had a bolt or screw that won’t turn at that point. It’s a great excuse to take a break from a frustrating project, grab a beer and watch the game instead.

Your ride not starting like it used to? It might be time for a new car battery and we're here with a guide to help you choose right

Your ride not starting like it used to? It might be time for a new car battery and we're here with a guide to help you choose right