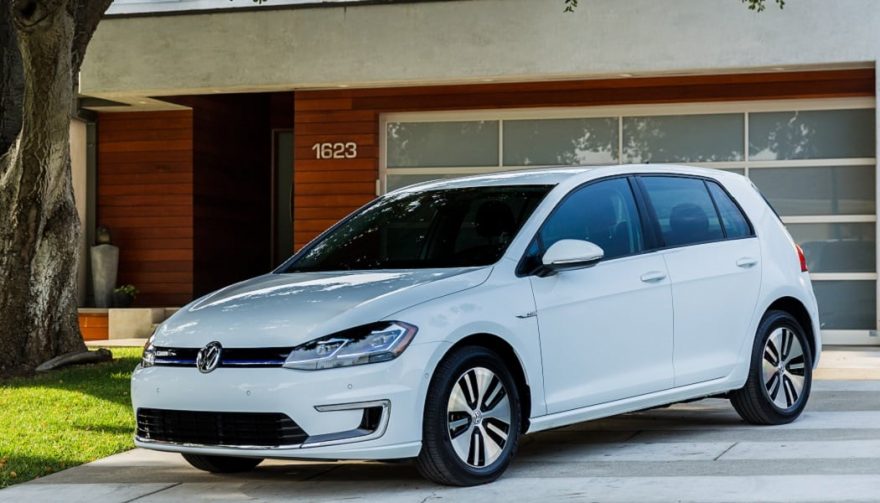 Volkswagen e-Golf: Too Little Too Late to Revive VW Brand

Now that VW has a newfound dedication to electric cars instead of diesels, it decided to improve the 2017 e-Golf. Considering the vast resources at the disposal of one of the largest automakers in the world, you’d expect a lot. Considering this is the chance for Volkswagen to show it’s serious about EVs, you’d expect something amazing.

Prepare to be disappointed.

I’ve never been an executive at a company that’s been nailed in one of the biggest controversies in its industry. However, I do have some common sense and have watched executives who have navigated those situations. Using those guides, it’s pretty easy to know when a company is acting smart about a difficult situation, and when it’s not.

Toyota faced a huge controversy with the unintended acceleration fiasco. Do people still talk about it? I’ll bet the average consumer forgot it ever happened. What about the government bailout of GM? That’s water under the bridge at this point.

For a company that was at the center of a drawn-out and insidious diesel emissions scheme, Volkswagen is behaving oddly.

Without spending too much time, just remember what Volkswagen is facing. Just for 2.0-liter TDI owners, VW is paying up to $10 billion in compensation. The company is also paying $4.3 billion to the United States government for the criminal investigation.

For 3.0-liter TDI engines in the scandal, VW is putting up $1.2 billion to fix or buy back vehicles. On top of that, $327.5 million in compensation is going to vehicle owners.

That’s close to $16 billion. Oh, and there are quite a few ongoing lawsuits, with VW setting aside $1.45 billion to settle those. And Volkswagen is giving healthy sums to local governments in the United States, plus money for research on the health effects of pollution, as well as funding alternative fuels efforts. 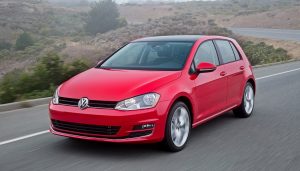 All this is just in the United States. The total bill climbs even higher when you count penalties and compensation in Germany, let alone other countries. To say Volkswagen is feeling a financial pinch would be an understatement.

The old e-Golf went a mere 83 miles on a full charge. That’s about how good the Nissan Leaf was seven years ago. The current Leaf, which is aging and about to be replaced, now goes 107 miles. Vehicles like the Chevy Bolt are pushing well above 200 miles. The e-Golf should have a much further range.

Volkswagen shows its dedication to electrification with a 125-mile range. Oh, and company will totally make the BUDD-e a production electric van, bringing plug-ins to the masses. Because VW loves to build amazing electric vehicles, as demonstrated with the update of the 2017 e-Golf.

If it’s not clear, that was sarcasm.

Further demonstrating how Volkswagen isn’t serious about being a leader in electrification is the charging options for the 2017 e-Golf. SE and SEL models come with a 7.2 kW on-board charger. If you plug into a 240-volt station, it’ll take you just under six hours to fill up the battery.

If you really want to get it done in a hurry, go to a DC Fast Charging station and replenish 80 percent in about an hour. These days, hitting 80 percent in more than half an hour is considered pathetic.

The 2017 e-Golf is a compliance car. It’s not a statement of dedication to righting the wrongs of Dieselgate. Volkswagen contributed to elevated nitrous oxide emissions in the air, something that’s deadly to the most vulnerable of society, and this is how it makes amends?

You could argue Volkswagen is pouring all the resources it can into improving the e-Golf. After all, maybe we should give VW a chance to really prove what it can do.

Or maybe we could just sit and watch as VW goes on an ego trip. The company has been getting everyone pumped to see the new Arteon fastback. It’s not just another weird name, this is a flagship vehicle. The GT is supposed to be nicer than the Passat and push avant-garde (read: weird) styling to a new level.

This car is an insult on a few levels. First off, it does nothing to correct what Volkswagen contributed to to air pollution. It also demonstrates VW has extra resources it can pour into a car that’s clearly an exercise in chest thumping, instead of working hard on some truly ground-breaking EVs.

Second, this new car is fiscally irresponsible. With the company reeling financially from all these settlements, lawsuits, and such, this move is just plain stupid.

The current market in the United States and China, the two biggest car markets in the world, is dominated by crossovers. People aren’t buying sedans, fastbacks, whatever. Sure, Volkswagen is coming out with the Atlas, but it needs to do more.

The companies that are thriving in sales are pumping out crossovers like crazy. Atlas sales alone won’t dig Volkswagen out.

I’m not preaching the virtues of crossovers. I’m not a huge fan of how most drive. But when your back’s against the wall, you do whatever it takes to get in a better situation. It’s like Volkswagen thinks it can keep doing the same things it did before Dieselgate, right down to making a bunch of sedans while ignoring market trends.

Basically, Volkswagen thinks it can do whatever it pleases, without consequences. Volkswagen is pre-bankruptcy GM. It isn’t learning from past mistakes.

Even in the thick of the Dieselgate scandal, Volkswagen tried to play like it was the victim. After all, the US government was being so mean, going after it for what all other automakers were obviously doing as well.

Only, Volkswagen seems to be the only one setting up diesel-cheat devices. Plenty of other diesel vehicles have been cleared by the EPA and CARB. Finally, VW gave in and settled on the two Dieselgate cases. But it did so without any real penance. And it continues to act like it did nothing wrong.

It’s obvious Volkswagen doesn’t believe in any of that. The investments in alternative fuels are being made begrudgingly, only because VW was caught red-handed in an elaborate lie.

Volkswagen could make Dieselgate its turning point, like what GM did with the government bailout. Instead, it seems to be taking the old path. We’ve already seen the disastrous consequences.