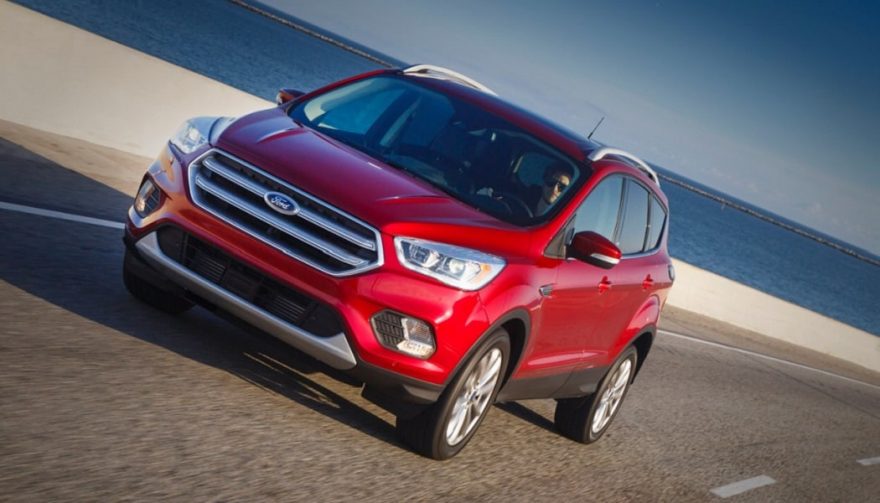 Ford Escape: Skip the Base Model If You Can

The Ford Escape is the latest iteration of one of the most popular vehicles in the small SUV segment. It’s been a  hit for Ford as the second bestselling nameplate for the automaker behind the the F-Series.

No small feat, considering the F-Series has been the bestselling vehicle in the U.S. since “Fraggle Rock” made its debut. If you remember “Fraggle Rock,” you’re probably a prime Ford Escape customer. It’s a solid choice if you’re looking for a sporty, but spacious SUV that can safely move your family down the road and still fit in a parking spot at the little league field.

Popular as it may be, the Ford Escape faces significant competition in the smoking hot small SUV. Especially in the form of the Honda CR-V, Chevrolet Equinox and even the Jeep Cherokee.

The Ford Escape is a pioneer in the small SUV segment, it was first released in 2001. Can the Ford Escape remain relevant and competitive, or is it starting to go by the wayside?

The biggest change to the Ford Escape is up front. There’s a redesigned hood and a raised trapezoid grill. The front styling make the Escape more resemble its SUV siblings the Edge and the new EcoSport.

The redesigned front gives the Escape a nice, quick makeover for the year, but that’s about it. The real improvements took place on the inside.

A Look Inside the Ford Escape

If you’re driving, the first thing you’re going to notice is the new steering wheel on the Ford Escape. It’s got a lot of buttons for audio, cruise and climate controls. It’s all right there. Ford also added two storage bins, cup holders and a massive center armrest. 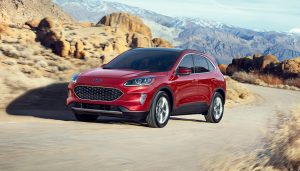 Up front, you’ve got some of the most legroom compared to other vehicles in its class. If you’re a tall driver, you need to consider the Ford Escape.

But, that room comes at the expense of the backseat passengers. The Ford Escape has the least amount of legroom back there compared to other cars. So, if you’ve got kids, they are going to be kicking the back of your seat if you try to take too much advantage of the front space.

For cargo space, the Ford Escape has 34 cubic feet, which can balloon to 68 cubic feet with the second-row seats folded down. That’s a lot of room.

As far as atmosphere goes, there is a wide range of interior options depending on your budget. The top-tier has leather-trim seats and then metallic trim throughout. The bottom of the bunch has lots of plastic.

The Ford Escape is the first in the Ford to feature Sync 3 software that’s compatible with Apple CarPlay and Android Auto. Sync 3 lets drivers navigate the 8-inch touchscreen or with voice activation. It’s optional on all trims except the base, and it is well worth the upgrade.

Then there’s Sync Connect which lets owners connect to their Ford Escape using the FordPass smartphone app. With the app you can start, lock, unlock and even locate your vehicle with GPS. It’s a great feature.

The technology really shines with safety features, a common trait among vehicles in this segment. Some of these features include adaptive cruise control and collision warning with brake support, enhanced active park assistance and lane-keeping assist. There’s also a Driver Alert System which can actually detect signs of driver fatigue.

All three engine options are mated to a six-speed automatic transmission. AWD is available on the SE and Titanium trims.

The two turbocharged engines feature a stop-start system that shuts down the engine when the car is stopped in traffic to help with fuel efficiency. The 1.5-liter turbo has a combined 26 mpg.

If you don’t have the money to go for anything but the base-model, you might want to go with something that offers a little more at the base. But if you’ve got a few extra thousand to spend, the SE and Titanium trims are good buys that you can handsomely accessorize.