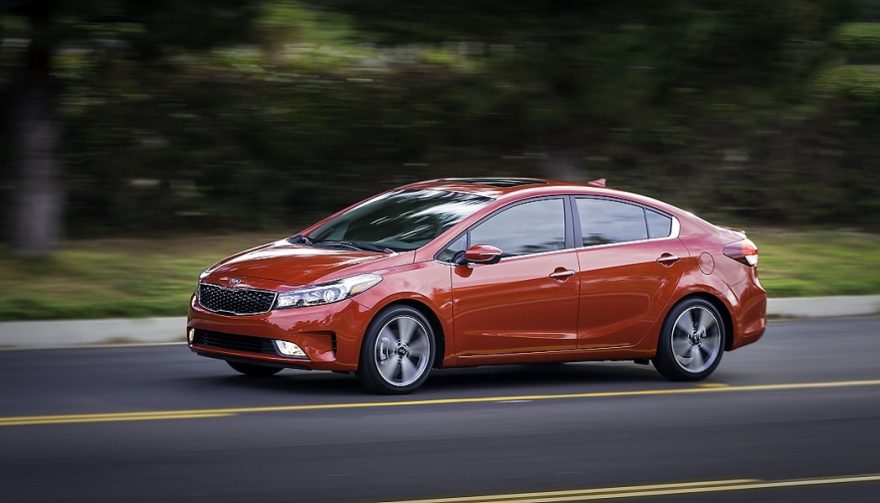 The 2017 Kia Forte has a newly redesigned front fascia.

The 2017 Kia Forte reinforces the fact the car maker is committed to offering more for less. It’s a trend other car companies are embracing. Just because it’s a compact economy car doesn’t mean you have to be miserable or embarrassed driving it.

The 2017 Kia Forte sedan isn’t a redesigned model, however the popular ride did get a facelift. Modifications include new exterior stylings, a re-engineered base engine and more driver-assisted technology.

It’s clear that Kia is shooting for a sport-sedan look that reflects the Forte’s competitors across the pond in Europe. And there’s nothing wrong with that.

A new front bumper and a widened tiger-nose grill that extends to connect new headlights emphasize the entire front fascia transformation. In the back, the 2017 Kia Forte has redesigned tail lights.

The new design has a more unified and fluid approach, and as a result the Forte more resembles its bigger sibling the Altima.

You May Also Enjoy:
Kia Forte Earns an IIHS Top Safety Plus Rating 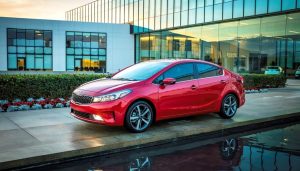 The Forte S has a few elemental designs that accentuate its sporty personality. In particular, there is the white stitching on the black cloth and the leather wrapped steering wheel and shift knob.

Leather seats are standard in the EX, as are heated front seats, dual-zone temperature control and Smart Key push-button start.

The S and EX trims also feature a 7-inch infotainment screen equipped with the UVO voice-command system. UVO (a play on “Your Voice”) allows for hands-free control over phone, radio and navigational functions. These trims also include the Android Auto and Apple CarPlay smartphone integration features.

An Atkinson 2.0-liter 4-cylinder is standard for the new 2017 Kia Forte. It replaces its predecessor’s 1.8 liter inline 4-cylinder engine. This new engine can produce 147 hp and 132 lb-ft of torque, and it is available on the LX and S models.

A manual transmission isn’t available on the EX or S models, which sort of contradicts the S model’s sporty motif.

A wide array of safety features are available on the 2017 Kia Forte. Though they cost a little extra, the technology packages are well-worth the money.

The new features include blind-spot detection, which helps the driver change lanes. You’ve also got forward collision warning, lane departure warning and rear-cross traffic alert. There’s even autonomous emergency braking, which is a big surprise for a car in this segment.