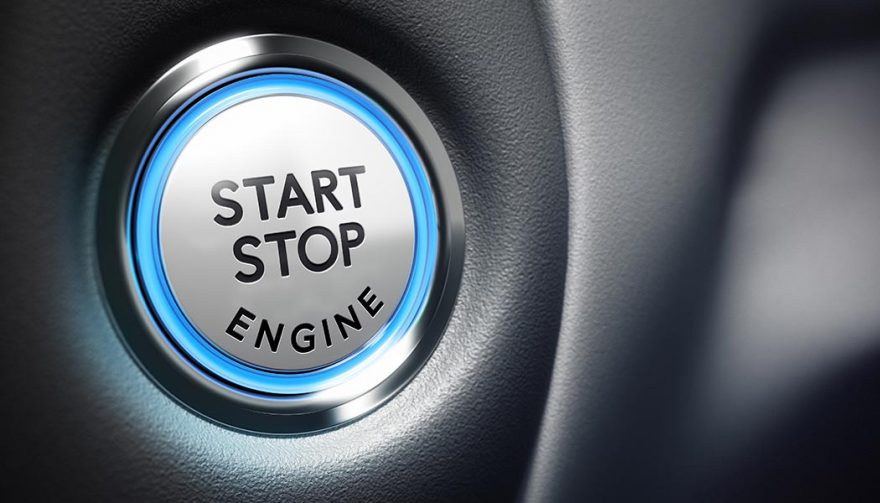 The first mass produced “keyless ignition” automobile sold in the United States was the 1901 Curved Dash Oldsmobile. No key needed. You simply crank started this one cylinder, four stroke engine and away you went at a top speed (on level terrain) of about 5 mph.

Of course when we think of keyless ignitions today, hand cranking an engine isn’t really a front of brain concept; rather we think of the handy remote key fob and that neat button in the car that starts the engine with the touch of a finger.

Turns out that remote key fob is a safety issue, too, as proximity key hacks are becoming more prevalent. But that button is the real personal safety hazard, since it also turns the car engine off. A disturbing trend indicates a growing number of people are forgetting to push that button to turn their car off, and they are dying in their sleep as a result.

As strange as it sounds, people are forgetting to turn their “keyless” cars off. When this happens and the car is parked in an attached garage, particularly a basement level garage, the carbon monoxide from the exhaust has seeped into the home and killed or seriously injured the occupants. Since 2009 there have been 19 fatalities specifically attributed to cars with keyless ignitions that were not turned off. There have been at least 25 incidents that were close calls.

How does anyone forget to turn off their car?

Actually there may be more reasonable answers to that question than “why would anybody barreling down the road look away for 5 seconds to read a text?” Strange things happen to some brains when they occupy a driver’s seat.

Cadillac was the first to introduce the keyless ignition in the U.S. in 2003. For several years this cool new feature was strictly the province of luxury cars…but the times they are a changing. Today there are 245 models across numerous brands where keyless ignitions are standard equipment and another 31 models where it is an option.

Keys are rapidly being replaced by “fobs” even though the fob can’t start or turn off the engine; it simply enables another button to perform those tasks.

With a keyed ignition the routine or ritual that is performed when you park your car is shifting into park, turning the engine off and removing the key. You can’t remove the key unless you are in park and the engine is off. The key holds importance. You don’t leave the car without your key and the only way you can get your key out of the ignition is to turn the engine off.

That isn’t the case with a keyless ignition. For many, the importance of the key is transferred to the fob which is probably in the driver’s pocket or purse. Turning off the engine should be part of the routine but it’s not imperative because there is no key to remove.

It’s still difficult to imagine forgetting to turn off the engine unless you are on a cell call, or the kids are antsy or you desperately need to get to the bathroom. Distractions take our minds off what’s important. And what about the noise? Unless you’re driving a diesel, today’s engines are far quieter and what noise they do make can be drowned out by an automatic garage door closing.

The fact of the matter is this preventable unsafe condition is causing deaths and those deaths will likely increase in frequency as keyless cars replace keyed cars. So why doesn’t somebody do something about it?

You May Also Enjoy:
Is Pokemon Go the Cause of Car Accidents? 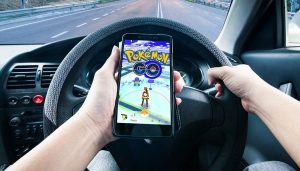 The National Highway Traffic and Safety Administration (NHTSA) have been aware of the problem since 2011 and said keyless vehicles posed a “clear safety problem.” They went on to say that they would create rules that will protect the driving public from the threat however, 5 years later nothing has been done.

An attorney in California is preparing a class action suit against a number of manufacturers that he claims knew of the potential problem 10 years ago yet did nothing to correct the situation.

In an age when chimes go off if you don’t buckle your seat belt, if your door is ajar, if you start to drift out of your lane or if your headlights are still on after the engine is turned off, how tough would it be to create an chime or tone audible from the outside of your car if you vacate the driver’s seat without turning off the engine?

Consumer Reports became interested in the problem recently and did an unscientific survey of their test-fleet that was equipped with keyless ignition. What they discovered—keep in mind they don’t have every model of every brand—was that some manufacturers have a form of external warning alarm while others did not.

Brands that do have a warning if the engine is left on include:

Brands that do not have any warning for an engine still running include:

It would appear that the marketplace will be the force that drives brands without alarms to add them. As this unsafe condition becomes more widely known, and it will, brands with alarms will be touting them as additional driver safety features when promoting their keyless ignition models. Brands without alarms, particularly the luxury brands, will have to respond with alarm systems of their own if they are to retain their reputation for automotive safety.

Providing an alarm is not rocket science, every manufacturer knows how to do it. However it does require a change in the production process and that costs money. Could it be that manufacturers are more interested in controlling costs than driver safety? Think about all the car fires GM’s faulty ignitions caused or the number of Toyotas that suddenly accelerated out of control and then you be the judge.