Your car has failed the NOX portion of its emissions test. Don't fret, it's usually an easy fix.

Failed an Emissions Test? Here’s What to do Next

Phobias and irrational fears, we all have them. From small things to big issues, everybody is averse to something. It is commonly reported that the biggest fear among adults is the fear of public speaking. I’ll bet it is not. The universal phobia has to be the fear that your car won’t pass its emissions test. There’s a lot at stake on that one test.

But taking your car in for an emissions test doesn’t have to be nerve wracking. While there are many potential reasons for a car to fail emissions, the cars that fail usually do so for one of three basic reasons.

So What Can you Do?

The car is basically sound, but has not been properly maintained. Keep in mind that the engineers designed your car to actually pass its emissions tests, so you don’t have to re-design anything on the car to make it “legal.” Just maintain it well. If a car is so out of tune that it failed emissions, it will need a major tune up and an oil change.

An oil change? Yes. A poorly running engine does not burn all the fuel that it receives, obviously causing bad gas mileage. The unspent fuel also saturates the engine oil with ash and other by products of combustion. Those ugly contaminants work their way through the crankcase ventilation system, back into the combustion chamber, out through the exhaust pipe, and then right into the machine conducting the emissions test. So if your car is nearing its next tune up and emissions test at the same time, simply have the tune up and oil change done first. It might prevent a failed test.

Your Engine Can’t Burn all the Gasoline It Receives

The car’s exhaust has excess “hydrocarbons,” called HC on the test report. In layman’s talk we would say the engine is “running rich,” or perhaps “running fat.” OK, that probably didn’t help explain much. In simple terms, the engine is ingesting more gasoline than it can burn and is sending the unburned fuel out through the exhaust pipe. Think of it as the black smoke that comes from a fireplace chimney when the flue isn’t opened up enough.

This is what happens. When you step on the gas pedal, you are not really letting gasoline into the engine. Instead, you are letting air into the engine, so it really should be called an “air” pedal. That’s not a very catchy term, but it would certainly be more descriptive. On older cars a carburetor sensed how much air you were letting into the engine and then metered the proper amount of gasoline to match. Newer cars have a computer, called the Power Train Control Module (PCM),  to precisely meter the gasoline to the incoming air flow. It does so by electronically activating and then constantly fine tuning the fuel injectors.

Either way, an out-of-whack fuel injection system, or engine management system as we refer to them, is the culprit. Determining the exact components to replace requires expertise and sophisticated equipment. But it usually is straightforward and enjoyable work. It is less expensive to have your car accurately diagnosed by a professional technician than it would be to replace parts based on guesses or unsure diagnoses.

Smog: You Can See It

The car has failed the NOX portion of its emissions test. This is probably the most common failure I’ve seen, but that term on the emission test seems to scare people. But it is usually an easy failure to fix. The following description may seem to go against logic at first, but it does explain what is actually happening to make your car fail. 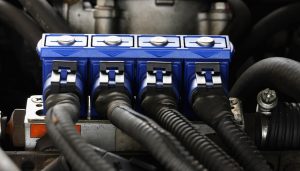 Too hot is anything over 2,500F. That high temperature produces three toxic nitrogen-based compounds within the exhaust gasses. The three gasses are referred to as oxides of nitrogen, or NOX for short. When NOX leaves a car’s exhaust pipe it travels to the upper layers of our atmosphere where it reacts with sunlight. The reaction produces smog, the haze you see in the air above some major cities.

Anyway, think of excess heat inside a car’s engine like a barbecue grill getting too hot and burning steaks, hot dogs, whatever. You could cool it by spraying water on the coals, or by simply spreading the coals out.

Well, we can’t spray water continuously into passenger car engines to cool the fire inside. Instead, engineers designed your car’s engine to direct, or meter, some of its exhaust gas back into its intake tract to dilute the incoming fuel and air mixture. While the engine still receives its full amount of fuel and air (actually slightly more is added) the mixed in exhaust gas pushes apart the air and fuel molecules. The spread out molecules pass on their flame from one to another more slowly, so the chain reaction of combustion slows down.

Therefore, the diluted mixture, like the barbecue coals spread out, doesn’t burn as hot, does not form hot pockets, and therefore does not produce the three oxides of nitrogen, or NOX.

So how does all this work? The car recirculates exhaust gas back into the engine through the EGR system, and acronym that stands for, you guessed it, Exhaust Gas Recirculation.

As much as 15 percent of the incoming air and fuel mixture, or as little as zero, will be diluted with exhaust gasses, depending on need. The greatest need is under steady cruising conditions or moderate acceleration. If you hear your engine knocking or pinging under acceleration or cruise, then suspect that the EGR system is most likely malfunctioning.

Cars typically fail their NOX test because the EGR passages have become clogged up with soot from the exhaust gasses. Replacing parts like the EGR valve won’t fix that problem, even though that’s a very common mistake. The PCM will typically store a trouble code that says the EGR system is at fault, but you have to test further to determine the exact cause of the failure. Think of trouble codes as signposts to steer you in the right direction, hopefully, but they are not intended to be an exact diagnosis.

In rare cases, the computer, the PCM, might not be commanding the EGR system to operate properly. More typically, though, the culprits are sensors that feed data to the PCM, or actuators that receive the PCM’s commands to precisely meter exhaust gas back into the engine. Either way, the fix is usually simple. Clogged passages can be cleaned, and failed computer systems be fixed. No big deal. Certainly not worth pacing the emissions test station’s waiting room floor for.

We’re almost done with this tip. Have you ever wondered why they place older cars on rollers, and run it in gear at 25 mph for the emissions test? It is because the EGR system doesn’t operate at idle. It only operates at speeds above idle, and especially at cruising speeds. Hence the need for a dyno test to check its function at speed. Now you know.

So just maintain your car well, and it will do fine on its test. And if your car does fail its emissions test, find out why, specifically. Don’t immediately jump to a false conclusion and have the expensive catalytic convertor replaced.