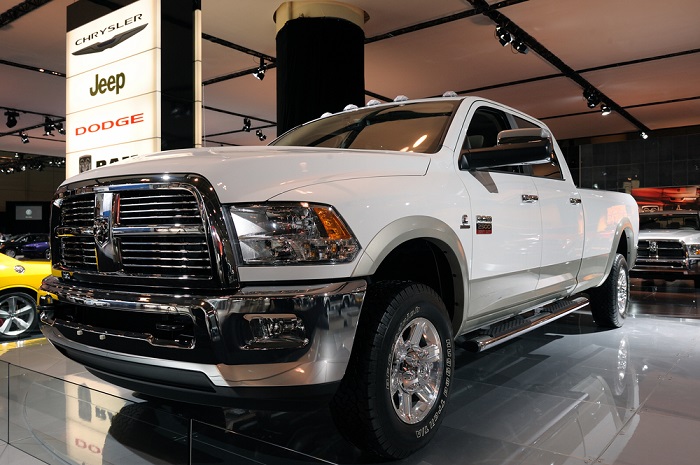 With a Dieselgate settlement approved by the courts, you might think diesel emissions controversies are a thing of the past. They aren’t. The latest one is about Ram pickups and the 5.7-liter Cummins V8.

What happens next could have a big impact on the future of diesel pickup trucks in the United States. Just look at the changes Volkswagen is going through.

Filed on Nov. 14, 2016, in the U.S. District Court for the Eastern District of Michigan, the class action lawsuit has been brought about by Hagens Berman. The law firm specializes in “class-action and complex litigation.” It regularly targets big corporations like Fiat Chrysler Automobiles.

Hagens Berman is big, with over 70 attorneys in 10 different offices located throughout the United States. The firm’s been around for 23 years and has a pretty impressive track record. Past cases include getting a $27 billion settlement from Visa-MasterCard for an antitrust suit.

The firm’s taken on automakers in the past. It headed up the Toyota unintended acceleration case, which ended with a $1.6 billion settlement. The firm has been part of an ongoing suit related to Dieselgate, the GM ignition switches case and more.

Basically, this is the firm automakers dread. FCA is in the crosshairs, and at a time when it’s financially weakened and vulnerable.

Only  a handful of plaintiffs are part of the case. Hagens Berman is looking to get more Ram owners onboard, splitting whatever settlement or ruling among them. Both FCA and Cummins are targets of the class-action suit.

The lawsuit covers 2007-2012 Ram 2500 and 3500 Cummins models. In the filing, Hagens Berman claims nitrogen oxide levels in the trucks’ exhaust is 200 mg/mile in stop-and-go conditions. It also claims that in some situations, the trucks put out up to 2,826 mg/mile of nitrogen oxide. That’s well above the legal limit.

Those higher-than-advertised emissions aren’t just polluting the air more. Hagens Berman claims they’re causing the catalytic converters to fail prematurely. Repairs can run between $3,000 and $5,000. That’s an expensive fix some Ram owners have had to bear themselves. 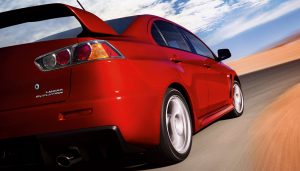 If the problem continues for too long, the trucks go into limp mode. That makes them barely drivable, forcing owners to go ahead with the fix.

Hagens Berman says Chrysler and Cummins engaged in an elaborate and deep “scheme” to cover up the situation. Since owners don’t know there’s a problem, there’s no real warning until the catalytic converter must be replaced.

The suit states the exact problem is with the nitrous oxide absorber. It was developed specifically for the 6.7-liter Cummins in response to tightened government emissions standards announced in 2001. In the filing, Hagens Berman says the catalysts aren’t up to emissions standards, because they’re not durable enough. To compensate for this, fuel is injected frequently to regenerate the diesel particulate filter (DPF). Apparently, nitrous oxide emissions skyrocket during the regeneration.

Making matters worse, the Ram Cummins trucks were advertised as being extremely clean. That means false advertising is part of the suit.

FCA was able to gain emissions credits from the EPA through the Cummins-equipped trucks. If those were gained fraudulently, it would be a violation of the federal program, making the situation that much worse.

When the LA Times contacted FCA about the suit, the automaker said it’s ready to fight. Basically, FCA thinks the claims made by Hagens Berman are bogus.

Cummins also denies any wrongdoing. The famous diesel engine manufacturer thinks the whole lawsuit is designed to damage its reputation. The accusations surely hurt the relationship Cummins and Ram have shared for the past few decades. Only time will tell just how severe the hurt will be.

Ram and Cummins have recently experienced trouble with excessive emissions. The EPA and CARB have been working with FCA to recall 2013-2015 Ram 2500s with the 6.7-liter Cummins. Apparently, moisture can deactivate the catalyst process, which in turn means more nitrogen oxide emissions.

Unlike the whole Dieselgate scandal, this one isn’t supposed to have been deliberate. Instead, a single component failed and the automaker is working to right the situation. FCA blames Cummins for the problem, and vice versa.

Back in August of this year, FCA sued Cummins to the tune of $60 million. That was for repairs to truck emissions systems that had already been done on 42,000 vehicles, thanks to the recall.

Cummins filed a countersuit. The engine maker said FCA actually was the one being difficult about the whole recall process. It accused the automaker of trying to save some cash on the process, instead of just taking care of truck owners. Cummins went on to say customers were “being held hostage” by FCA.

Nissan has started selling Titan XDs with Cummins under the hood. Does this mean the Japanese automaker will have emissions problems? So far there hasn’t been an issue, but it’ll be telling to see if one crops up.

Mercedes-Benz is facing a similar lawsuit to the one filed against FCA. The company denies any wrongdoing.

Even more importantly, do all these emissions problems spell trouble for diesel as a fuel in the United States? Even before Volkswagen’s Dieselgate, a growing number of people were calling for diesel eradication. With more and more trouble popping up for diesel engines, it almost seems like only a matter of time.

EV proponents point out that electric powertrains provide many of the same benefits as diesel, without the drawbacks. You get instant peak torque delivery from a standstill, and none of the overheating problems if you’re doing stop-and-go traffic or climbing steep grades. The only real problem is recharge times, which are nowhere near the short time it takes to pump diesel into a fuel tank.