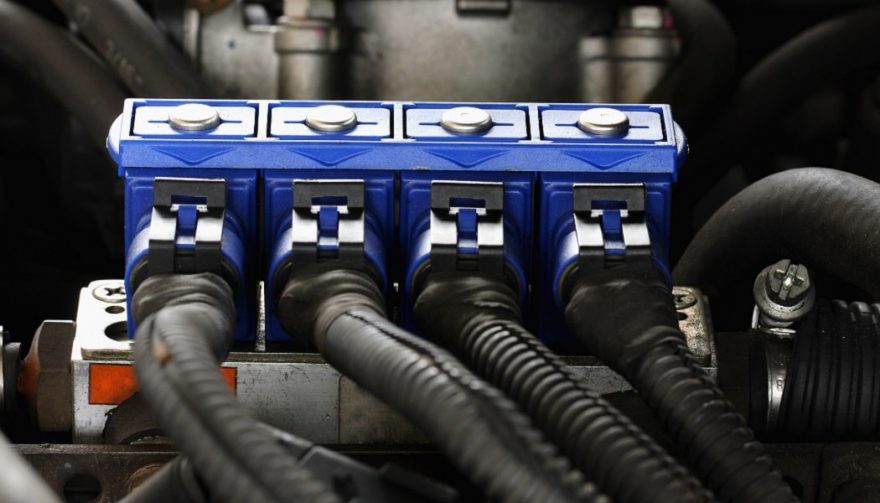 With all that hi-tech work at play, fuel system repairs are usually quite costly.

When we think about all the problems that plagued older vehicles, a modern fuel system can seem maintenance free. Those older vehicles had carburetors and chokes that needed regular attention. This included cleaning and adjustments at frequent tune ups, along with periodic rebuilding.

Our new fuel injection systems never demand such attention. They can compensate for drivability problems that slowly develop, and don’t alert you that something is wrong until the malfunction is too big to be compensated for. Often the first warning a driver ever receives is when the car stops running.

Fuel injection systems can’t be fixed with wrenches and hammers. So off the car goes to a repair shop, where equipment is attached to it for diagnosis. With oscilloscopes, computers and meters hooked up to the suffering vehicle, it can look like a patient undergoing treatment in an operating room. With all that hi-tech work going on, fuel system repairs are usually quite costly.

But a lot really is under your control. If you know what typically goes wrong with modern fuel injection systems, then you can take simple and inexpensive preventative measures to ward off trouble.

Water is the biggest enemy of a fuel injection system. Inside a fuel tank that is less than full, a little condensation will form overnight as temperatures cool. That tiny bit of moisture is heavier than gasoline, so it falls to the bottom of the gas tank, where it slowly accumulates on a daily basis over time.

Water wreaks havoc on fuel injectors, which are expensive to replace. So how can you get rid of the moisture that builds up inside your car’s fuel tank? Simple. Add an emulsifier to the gas tank every 3,000 miles. It will make the gasoline absorb the moisture, and then burn it away harmlessly inside the engine.

Lessons From The Kitchen

It’s just like baking a cake. Cake recipes call for water and oil, but those two don’t mix. So we add an egg, which acts as an emulsifier and makes the oil and water blend together. Same with gasoline and water, but do not put eggs in your gas tank!

Many companies sell fuel system additives under various trade names. You will find them in department stores, auto parts stores, and at some gas stations.  Look for one whose label says it removes water from gasoline, and is not simply a fuel system ‘cleaner.’ A small bottle of it is very inexpensive.  I’ve used Techron™ in our family cars and motorcycles for many years with great results.

A good additive will also clean away the varnish and other harmful deposits that develop in areas exposed to engine heat, typically the fuel injectors and the backs of the engine’s intake valves. Gasoline is refined from heavy crude oil, and when exposed to engine heat it degrades back into all kinds of byproducts that are bad for your engine. So keep your car’s fuel system clean, and free of water, and you will be much happier over the long run.

A very expensive part that commonly fails is the fuel pump assembly, so here is some basic information to understand how they work. Older cars that had carburetors were equipped with mechanical diaphragm-type fuel pumps. They delivered fuel at very low pressure, but produced great suction to draw the fuel up and out of the gas tank, then all the way to the engine in front of the car.

They were similar to the hand operated water pumps you see on farms. Slow to operate, but they develop great suction to pull water up out of a well.

But modern cars use rotary-displacement fuel pumps, which are driven by electric motors at very high speeds, because they have to deliver fuel to the injectors at extremely high pressures. Rotary pumps, however, don’t produce much suction to draw in gasoline. That’s one reason the pumps are submerged under gasoline, deep inside the fuel tank. The weight of the liquid fuel helps to feed the pump. Clever design, isn’t it?

People always ask why the electric pumps produce don’t produce sparks and ignite the gasoline. It’s because the pumps are always completely immersed in liquid fuel. It runs through the motor, depriving it of air, and lubricates the electric motor’s bearings as well. No air, no explosion. Simple.

You May Also Enjoy:
Failed an Emissions Test? Here’s What to do Next 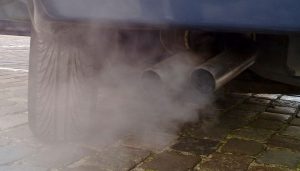 But electric motors get hot, especially when driving a pump that produces high pressure. It takes a lot of energy to pump gasoline at the typical 40 to 60 pounds of pressure that the injectors require. That’s more than the air pressure in your car’s tires. What cools the pump under all that stress? Simple. The gasoline bath is the cooling agent. It transfers heat away from the pump and into the fuel in the gas tank. That works very well when the gas tank is full, and half full, and maybe even somewhat less. But when the tank is down to only ¼ full, and especially when it’s almost empty, there is a lot less liquid fuel to dissipate the pump’s heat. The pump is also working harder to maintain all that fuel pressure, because there is less weight of fuel in the tank to feed it. Double jeopardy.

Heat is the enemy of electric motors and causes their early demise. So always fill your tank as soon as it gets down to ¼. Your very expensive fuel pump will run cooler and last longer.

Fuel pumps do make noise when they run, but the fuel bath deadens the sound, which makes sense. Perhaps you’ve walked behind an idling car in a parking lot and heard a loud whining noise coming from under it. That noise was the fuel pump. Two things were happening. Low on fuel, probably, but to produce that extreme amount of noise the pump had to be working extra hard.

That car likely had a clogged fuel filter, which was restricting the flow of fuel and making the pump work harder. Older fuel injection systems had a return line that routed unneeded fuel from the engine back to the fuel tank. This also eased the strain on the pump. When the inline filter became restricted, though, the laboring electric pump would develop a whining noise, and an expensive pump failure would soon follow. Newer cars have variable speed fuel pumps, and also have an internal bypass (relief) valve, so they don’t need the return line. But they certainly cost more to replace when they do fail.

Why do cars even need fuel filters? Because the gasoline we buy is not as clean as we think it is. Despite precautions from refinery to distributor, and from distributor to gas station, fuel does pick up some dust, dirt and moisture. Of course gas stations do have filters that strain the fuel as it is forced from the underground storage tanks (their pumps are submerged, too) to the pump nozzles, but those filters are not perfect. Perhaps you have purchased fuel at a station that was pumping fuel into your car very, very slowly. Their filters were clogged and needed to be replaced.

An Inexpensive Part Can Save You Much Expense

Typical vehicle fuel filters are inexpensive and easy to replace. If your car has a replaceable filter in its fuel system, you will usually find it under the car, in the fuel line between the gas tank and the engine. It will be about the size of a small soup can. Yes, every ounce of fuel you buy must pass through that little filter, so it does eventually clog up.

To replace it follow your repair manual instructions. To avoid taking a bath in gasoline, though, remove the gas tank cap first to relieve any pressure in it. Fuel filters are often held on with flare fittings, so you should use special flare wrenches (also inexpensive) to avoid damaging them. Place a little anti-seize compound on the flare fitting threads on reassembly, and write the date on the new filter with a marker for future reference.

Here’s a tip if your car won’t start, but the engine cranks over normally. Sometimes worn fuel pumps will lock up and resist spinning, preventing the engine from starting. Kneel next to the fuel tank while a helper turns the key from off to run (not all the way to crank). You should hear a distinct whining noise coming from inside the gas tank, momentarily, as the pump activates for one to three seconds to pressurize the fuel system. If you don’t hear the whining noise, perhaps the pump is locked.

A good jolt will often get a locked pump moving again, enough so you can drive your car to a repair shop, or at least to a safer place if need be. With the car in park, and the parking brake on, have your helper turn the key to start. Now as the engine cranks over, hit the bottom of the fuel tank a few times, sharply, with a rubber mallet (do not use a steel hammer). If you are lucky, the locked pump will break free and start running, and the engine will start. We used to do that in the repair shop to avoid having to push a dead car into a service bay, especially in the cold of winter. If you don’t have a rubber mallet handy, try using a block of wood. Just be careful and don’t break anything.

Don’t overfill your gas tank. Doing so can cause gasoline to saturate and ruin some of the expensive emission control components in your fuel system. Stop filling when the pump clicks itself off. Don’t force more gas in.

The older pressure regulators received their engine load signal through a short, inexpensive neoprene hose coming from the intake manifold. Engine heat over time would make the hose brittle and cause leakage. That leakage then caused a false demand for excessively high fuel pressure, which drastically reduces fuel mileage, sometimes to an amazing degree. It’s a simple fix, too, and only pennies to replace. Find out if your car has that type of fuel pressure regulator and check that hose periodically.