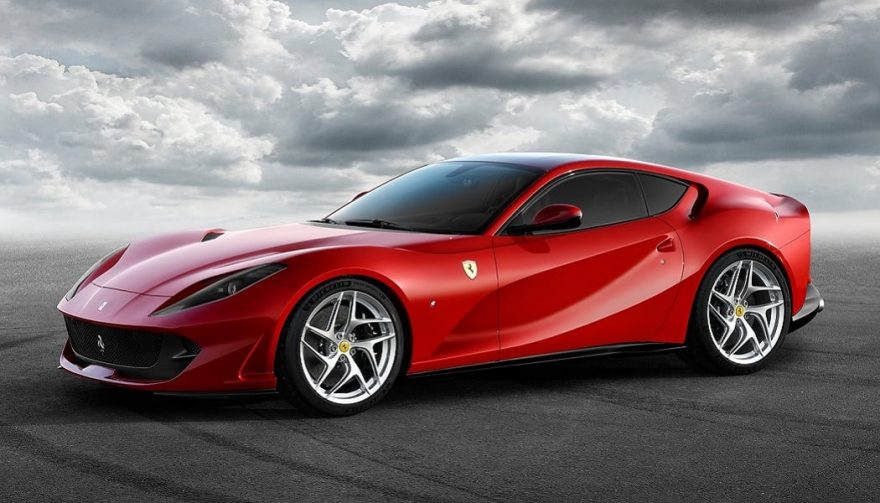 With a 0-60 mph acceleration speed under 3 seconds, we'll forgive the silly name.

Ferrari 812 Superfast Is Its Most Powerful Production Car Ever

Ferrari is pulling the sheets off an insane new stallion in their stable. The Ferrari 812 Superfast will make its debut at the Geneva International Motor Show in just a few weeks’ time.

It’s going to be worth the wait, but please, just try to look past the name.

The Ferrari 812 Superfast is taking the place of the incredible Ferrari F12berlinetta. And yes, those are really big shoes to fill.

Aside from the hybrid LaFerrari (which doesn’t count), the 812 Superfast is the most powerful Ferrari off the assembly line.

What We Know So Far

The F12berlinetta inspired the Ferrari 812 Superfast design, with a few updates. It has full LED headlamps, air vents on the hood, four round taillamps, and the rear end is wider and taller for improved aerodynamics.

What the Ferrari 812 Superfast Has

Aside from completely obscene amounts of horsepower and acceleration, the 812 Superfast carries the torch of new technology. It uses electric power steering along with all wheel steering control for nimble handling at any speed. 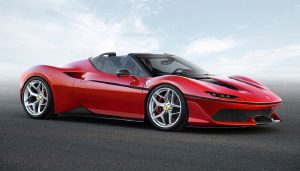 It also has Side Slip Control, an enhanced stability control system which allows even better acceleration out of corners without losing control.

The Last of the Naturally Aspirated V12s

Ferrari will equip all future models with either a hybrid electric system, a turbocharger or a supercharger. Because CAFÉ standards, that’s why.

How Much Does It Cost?

Ferrari is holding back on the sticker price, the last piece of info. We can speculate the retail cost of the Ferrari 812 Superfast all day.  However, the MSRP won’t be announced until Geneva.

Is there still time to change the name?

Bewilderingly, this is not the first Ferrari with the “Superfast” moniker. In 1956, Ferrari showed the 410 Superfast Pinin Farina Speciale at the Paris Auto Show, although it was a variation of the Superamerica.