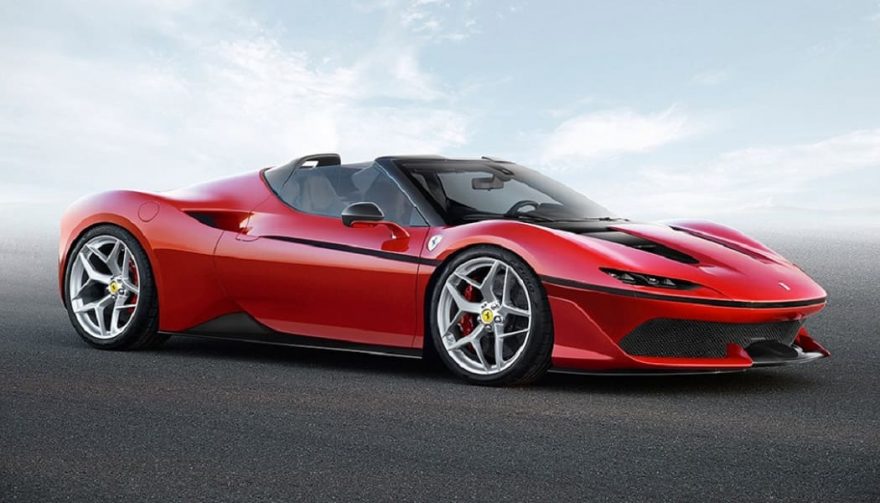 What? No cake? The Ferrari J50 celebrates 50 years in the Japanese market.

Fifty years ago, Ferrari opened its doors to the Japanese market, and to celebrate the past half-century of success, the Italian automaker is building 10 special edition supercars. Based on the 488 Spider, the J50, a name which sounds more apt for a jet than a Ferrari, brings a sleeker, tighter design to the road.

Japanese roads that is, because these cars will only be available in the Land of the Rising Sun. Those 10 lucky owners will also have full access to Ferrari’s personalization department, enabling each J50 to not only be one of 10, but one of one as well.

Commissioned and built by Ferrari’s Special Projects division, each J50 comes with a 20 horsepower increase, placing it just below 700 prancing horses, and improved aerodynamics, achieved through better mechanical packaging and allowing for more pointed, streamlined bodywork.

Ferrari ditches the 488 Spider’s power convertible top in favor for a removable two-piece targa roof that can be stowed behind the bucket seats. Two forward swept roll hoops over the driver and passenger seats are functional and look stunning to boot.

Another great design touch is the nearly wrap around windows that are slightly reminiscent of Speed Racer’s Mach 5, possibly Japan’s most famous racecar. The glass enclosed, carbon-infuzed cabin, minus the necessary A-pillars, really give the J50 a cockpit-like feel.

Up front are the most noticeable departures from the 488, with a much more pointed nose and horizontal headlights instead of the vertical ones from the donor car.

Towards the rear, you’ll find a carbon fiber spoiler and diffuser, both taking full advantage of the repackaged design.

You May Also Enjoy:
LaFerrari To Be Auctioned For Earthquake Relief 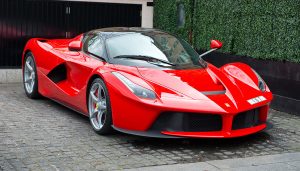 Even the callbacks to Ferrari’s of the past, like the polycarbonate engine cover and subtle black stripe that wraps around the front from door to door, feels right at home with the J50’s design language.

The combination of both past and special styling begs the question: is the J50 a preview or a test of Ferrari’s style direction of the future? The Italians themselves mention that they’ve used a “radically futuristic design language” on the J50, which could point, along with the incorporation of past features (a staple for this iconic manufacturer), to where Ferrari is looking at taking the next generation of supercars.

Considering how great this limited edition supercar looks, I don’t think there will be too many arguments against the move toward a futuristic style if it were to happen. Until then though, we’ll have the J50.

If you’re wondering how much it’ll cost to have one of these 10 beauties, Ferrari hasn’t said. Not that it matters though, as Ferrari’s, and other luxury car manufacturers like Lamborghini, McLaren and Aston Martin, special editions tend to sell out before they’re even announced to the public.

I guess that’s what being a loyal supercar customer gets you: access to one of the prettiest Ferrari’s of the 2010s.