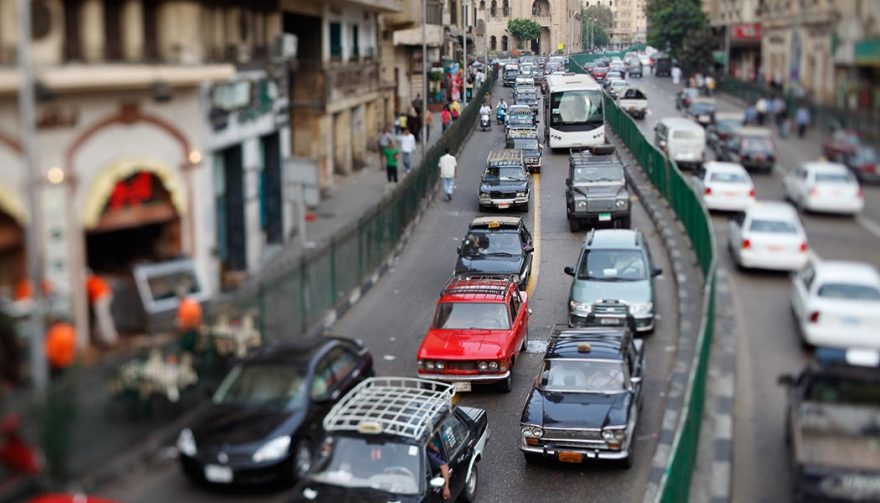 Cairo, Egypt is one of most dangerous places to drive on the planet.

The Most Dangerous Places to Drive around the World

Most of us think nothing about getting behind the wheel and hitting the road. Driving is such an integral part of modern society that we forget just how dangerous it can be. The truth is rather startling – driving is one of the single most dangerous things that you’ll ever do, and you do it on a daily basis.

With that being said, there are some places around the world that are much more dangerous to drive than others. Where might those be, and what makes them so dangerous? Let’s take a look at some of the most inhospitable places for drivers.

Driving in many Italian cities is a challenge, but Rome takes things to an entirely new level. The city is incredibly crowded, not only with vehicles, but with pedestrian and animal traffic as well. Drivers are also very aggressive, and seem to take pride in doing things that would get you arrested in the States. Most of the city is actually a no-go zone for tourists driving their own cars, though, so that shouldn’t be too much of a problem. If you’re caught driving in one of these areas, you’ll be subjected to heavy fines (in addition to the dangers you’ll experience on the roadways).

The nation of Eritrea is almost completely a no-drive zone. Paved roads only exist between the six major cities in the country, with most of the other roads being unpaved, unmarked and largely traveled by pedestrians. Other issues include a complete lack of road signs, and the highest traffic mortality rate in the world. Gas prices in this country are the highest in the world, and you actually need government permission to drive beyond the boundaries of the capital city of Asmara.

The entire nation of Nigeria should be considered a no-driving zone for anyone who’s not a local. Traffic police are drastically understaffed, and drivers seem to pay no heed to common traffic laws, either. Add to that the fact that defensive driving isn’t particularly high on the list of a Nigerian driver’s priorities, and that drunk driving only gets you a $30 fine, and you can begin to imagine just what a nightmare the nation’s roadways are. The capital city of Lagos warrants special mention, as it’s home to most of the country’s drivers. The roads are poorly maintained and road signs are mostly nonexistent or hidden, so be prepared to find yourself mistakenly driving the wrong way down a one-way street.

One look at most roadways in Turkey should be enough to tell you that you’re safer having someone else drive you than getting behind the wheel yourself. In fact, the US State Department has actually issued special guidelines for American travelers visiting Turkey, including a warning that you should NOT drive in the city of Istanbul after dark. Many drivers in Turkey pay no attention to road signs or even lanes, and turn signals might not be used at all, with sudden stops for no apparent reason relatively common.

Russia is a vast nation, but most of its roadways are considered unsafe for drivers (including nationals). The traffic police are rated as one of the most corrupt institutions in the entire country, and the weather in much of the country is downright inhospitable. Combine that with the fact that Russian drivers seem to be very susceptible to road rage, and you have a recipe for disaster. Driving in most parts of Russia is considered unsafe for travelers, so take a cab, hire a driver, or find some other way to get where you need to go. You’ll have a better chance of arriving safely.

While much of Egypt can be considered dangerous to drive in, the city of Cairo warrants special mention. The city is an incredible maze that daunts even seasoned veterans. For a new visitor, it can be an unmanageable, dangerous place to be. Many drivers fail to even use headlights at night, and driving the wrong way down one-way streets is so common that it barely warrants attention. If you do decide to drive during a visit to Cairo, be prepared for nonfunctional traffic lights, drivers who seem to do whatever they want, regardless of the laws, and serious flooding during the rare wintertime rains the city experiences.

While some of the country’s roadways are relatively safe, the capital city of Manilla warrants a special place on this list. The city is incredibly crowded, and pedestrians constantly vie with drivers for the right of way (there’s no rule governing who actually has the right of way in these situations). The city also has a special guideline that determines who can drive on what day of the week, and chances are good that if an incident does occur, you’ll be held to blame by authorities simply because you’re a visitor to the city.

Most of the roadways in France are driver-friendly, but the city of Paris is an exception. Most of the roundabouts are unmarked, so be prepared for sudden traffic shifts and snarls. It’s also so incredibly crowded that most authorities say that walking will get you where you’re going faster. The well-developed public transit system is also recommended.

While many areas of the globe are safer than those we covered above, it pays for visitors to take specific steps no matter where they’re traveling. If you plan to visit another country, check out the US State Department’s publications concerning the safety level of the nation (and the city itself). This should include any driving guides the US government has published. You’ll also want to find out the nation’s rules covering international drivers within its borders, and do some research online to find out what areas are relatively safe and which should be avoided (both for worries over traffic accidents, as well as crime).