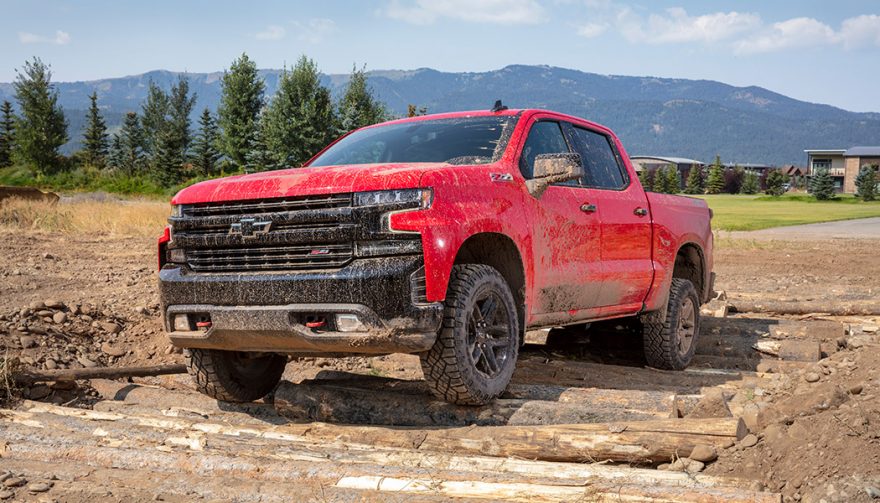 A full-size pickup is a big purchase. So you'll want to make sure it lasts you a long time. So here are the Most Reliable Silverado Engines to help out.

Dependable Chevys: These are the Most Reliable Silverado Engines

Everyone seems to have their preference when it comes to full-size pickup truck brands. The shouting back and forth among Ford, Ram, GMC and Chevy fans can get pretty intense, either online or even in person. People have plenty invested in these workhorses, whether they serve to provide a livelihood or are used for only weekend fun. What some might not realize is that even among Chevy Silverado owners, there are heated disagreements over the most reliable Silverado engines.

Quite a few will argue whatever they have is superior, maybe because they have not experienced much else or are always convinced what they own is better. Others have had a bad experience with a certain engine, and that means it is bad for anyone else. The passion runs strong in these discussions, which can often turn into full-on arguments.

Considering how much full-size trucks sell for brand new these days, it is actually understandable why people get so into their vehicle. Nobody really wants to deal with big problems on such an expensive purchase, and engine trouble is about as bad as it can get. While you can gather opinions from friends and family, that is not the same as getting data from a larger group of people. After all, an engine with a high failure rate might have done really well for your Uncle Larry. Meanwhile, an engine with an overall great track record could have been a complete lemon for your brother-in-law Matt. Drawing on data from sites like CarComplaints.com helps weed out the individual horror stories and overly positive viewpoints, providing a more realistic view of which are the most reliable Silverado engines. Of course, any time you compile a list, someone is bound to be offended. You just cannot please everyone all the time.

Some people scooped the Silverado 1500 Hybrid as a way to save on fuel, but the reality is the light hybrid system really did not conserve much fuel, if any at all. Called a compliance vehicle and rightfully so, it is accurate to say it was more of a status symbol in certain neighborhoods across North America. After all, if you could afford the larger price tag, you were, of course, more affluent, plus you care more about the environment than your neighbors.

There are a few problems with this elitist image, but chief among them is the fact the Hybrid’s engine has a high incident of problems. Besides the mild increase in fuel economy, quite a few people have complained of excessive check engine light scares and excessive oil consumption, with the 2010 and 2011 model years seemingly worse than the rest.

Even if you get the non-hybrid version of the 6.0-liter V-8, you might experience some annoying engine problems. This seems to be particularly true with the Silverado 2500s from 2003, where a spike cropped up. Quite a few owners complained of a sudden loss of engine power, triggered by a seeming variety of factors like low temperatures, traveling at highway speeds, or even just at random.

Some owners say their engine does not turn off, but instead goes to an idle and that is it. A message on the dash declares “reduced engine power” and that is it. There’s some disagreement about what causes this problem, but one thing is for sure, it is both annoying and potentially dangerous.

Surprised to see this trusty engine on the list? Well, if you have had a 2014 Silverado 1500 you might not be. There seems to be an unusually high level of engine problems for that model year, but it was the start of a new generation, so that might have something to do with the engine issues.

Several different problems have plagued owners with the 5.3-liter V-8. One is excessive oil burning, sometimes with up to two quarters disappearing in smoke within a few weeks. Bad seals and other issues have been blamed for that one. Overheating is another persistent problem, so are fuel delivery issues caused by faulty fuel injectors. Other owners said the engine just plain shut off while they were driving, with power cutting off for the power steering and brakes as well, then the engine suddenly sprang back to life as if nothing happened. As you can imagine, such problems would become even more annoying or dangerous when towing or hauling, especially larger loads. Again, the 2014 model year is when the vast majority of these issues have been reported with the 5.3-liter V-8.

It’s not the most powerful engine for the Silverado, but this modern powerplant does achieve really great fuel economy with an EPA-estimated 18 mpg city and 24 mpg highway. It also puts out 305 lb.-ft. of torque, which is good enough for a lot of jobs, including towing up to 7,600 pounds.

Even better for those looking for the most reliable Silverado engines, this engine seems to go for the long haul without many problems. Of course, just like with any machine, you need to stay on top of servicing.

Rising above the old 6.0-liter V-8, this one hits hard with 460 lb.-ft. of torque plus it will not just suddenly stall out or give you other fits, at least most likely. Plus with 12,500 pounds of towing capability in the 1500 truck, this engine is a true workhorse putting it on the list of most reliable Silverado engines

Big victory for the diesel crowd, because this seems to be the most reliable and capable engine for the Silverado. Of course, you can only get it for one of the HD models, but this gives you more than just reliability. Like the ability to enjoy 910 lb.-ft. of torque. Plus the most payload and towing capability. The improved fuel economy that comes with the diesel engine. That sweet turbo boost. The Allison automatic transmission. Oh, and a largely trouble-free ownership experience could be worth the extra cash for those looking for the most reliable Silverado engines.