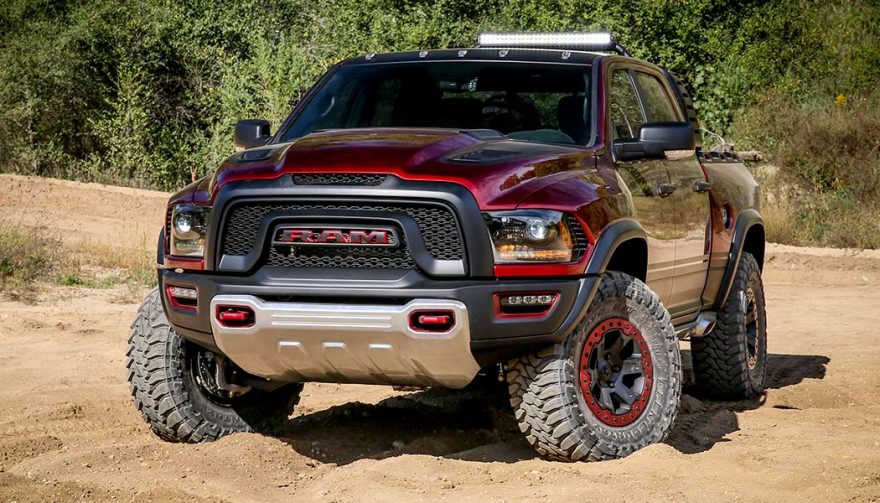 Ram Rebel TRX Concept is the most powerful factory-engineered half-ton pickup ... ever.

Attention, high performance Mopar off-road truck fans! Are you tired of having dirt kicked in your windshield by Ford Raptors? Wish you had a machine that could deal with such a situation with overwhelming force?

Thanks to the Ram Rebel TRX Concept, your solution may be arriving at your Ram dealer soon!

It’s A HEMI, And Then Some!

It delivers 575 horsepower, which makes it the most powerful factory-engineered half-ton pickup ever. What we are looking at here is essentially a Ram Hellcat, retuned for high-speed, off-road use.

The engine’s roots-style blower sits on top of the intake manifold, making the supercharged 6.2-liter V-8 a tall engine package. A custom induction system was designed to feed massive amounts of air to the supercharger and a modified Ram Heavy Duty hood helps clear the engine’s additional height.

The engine features a forged-steel crankshaft with induction-hardened bearing surfaces able to withstand firing pressures of 1,595 psi. A specially tuned crank damper has been tested to 13,000 rpm.

The 2,380cc per revolution blower features integral charge coolers and an integrated electronic bypass valve to regulate boost pressure. A high-capacity oil to air heat exchanger, mounted behind the front bumper, mitigates oil temperatures when driving conditions are harshest, such as sand or mud.

The supercharged 6.2-liter V-8 exhaust flows through a 3-inch H-pipe dual side system and out dual five-inch tips that dump just in front of the rear wheels. It looks and sounds cool, but may not make it to production.

Running Gear Is Up to the Task

A TorqueFlite eight-speed automatic transmission is integrated with a 4×4 Performance Control System and paddle-shifters. 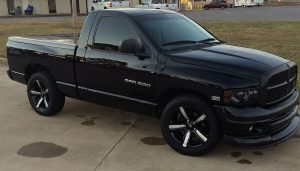 The front and rear axles feature severe-duty components to handle the high horsepower and off-road rigors. Front and rear bypass performance shocks have been added for improved response and damping, with more than 13 inches of wheel travel at all four corners, an increase of more than 40 percent.

This muscle truck is a excellent example of FCA’s ability to put together exciting new vehicles through creative engineering using existing parts. Since Ram and Jeep are FCA’s two primary sources of profits, this is a smart move. It will generate excitement and create showroom traffic for Ram, just as the Charger and Challenger Hellcats have for Dodge. It will help to sell a lot of Ram 1500s, and that is exactly what FCA needs.