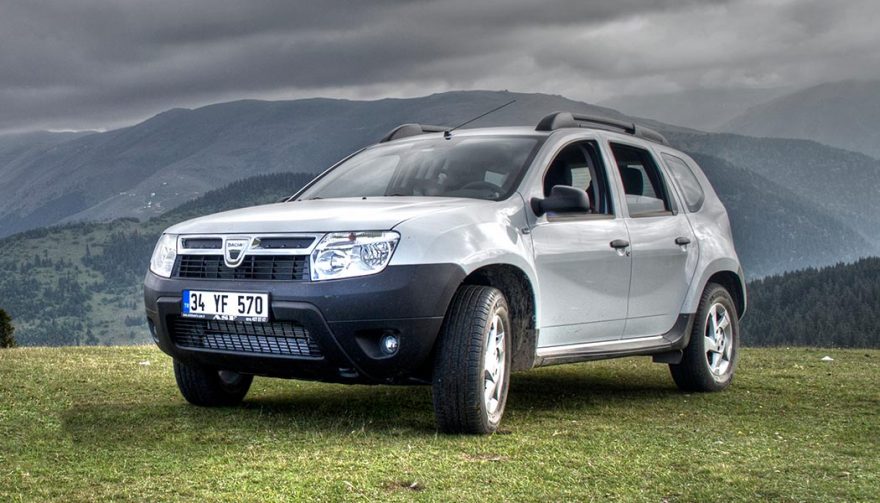 Compact SUVs are becoming ubiquitous on the road

Once upon a time, SUVs were huge, hulking brutes descended from pickup trucks and off-road vehicles. They embodied significant hauling and towing capabilities, and most were as at home on the trail as they were on the pavement. However, things have changed. Take a look at the average interstate in America these days, you’re far more likely to see a slew of small, compact SUVs than you are full-sized options.

Make no mistake, the full-size SUV hasn’t gone away, nor does it seem likely to fade into complete obscurity anytime soon. They’re an integral part of American car culture. With that being said, compact SUVs have become far more popular in recent years and the trend is only growing.

What’s Behind the Compact SUV Boom

What’s behind the baby SUV boom? Actually, there are quite a few different factors, some of which might make buying a compact SUV an appealing choice for your own situation.

The Cost of Gas

The one sole factor that really sparked the downsizing of the SUV was the skyrocketing cost of gasoline a couple of decades back. While prices right now are as low as they’ve been in a very long time, it takes very little to make them soar once more. Combine the high cost at the pump with poor fuel economy and large gas tanks, and many drivers found themselves putting most of their weekly paycheck into the fuel tank of their full-size SUV.

Compact SUVs use smaller engines, and provide substantially improved fuel economy, paired with smaller tanks. That means owners are able to go farther per tank, and spend less money overall at the pump.

No More Off Road

One of the things that full-size SUVs were designed to do was to help get you to less accessible areas. They were as at home in the woods as they were on the interstate, sometimes even more so. With that being said, fewer and fewer people actually use their SUV to go off road. In fact, the vast majority of SUVs (compact, midsize and full-size) have never left the pavement at all.

For automakers and buyers, this meant that having real off-road capabilities became less and less important over time. With the reduced need for things like four-wheel drive, large tires, and tall ride heights, SUVs could shrink.

Slide behind the wheel of a full-sized Ford Expedition, or any of the remaining full-size SUVs, and you’ll immediately notice something different. They’re not built to provide nimble handling. “Agile” isn’t a word that can be applied to them. “Comfortable” barely works, and really doesn’t mean much when applied to the handling.

Compact SUVs, on the other hand, offer car-like handling. In fact, they’re actually built on car platforms, rather than truck frames. That means they deliver nimbler, more capable steering and can handle tight turns much better than top heavy, lumbering SUVs can. As cited by the Wall Street Journal, “Part of the appeal of the smaller crossovers lies in their sleeker, more car-like design – a shift from a decade ago when the rugged contours and genuine off-road capability of the big SUVs lured buyers away from family sedans.”

You May Also Enjoy:
SUVs vs Crossovers: What’s the Difference? Not Too Much Space

Full-size SUVs are big, and they are big on cargo space. However, many drivers found that they were actually too big. While they certainly had enough room to carry pretty much whatever they needed, that capability wasn’t used. In essence, they were paying more for something that they didn’t actually need. Compact SUVs offer excellent cargo space, but they don’t go overboard, providing a lower price point combined with the right amount of usable space.

All the Right Tradeoffs

Moving from a full-size SUV to a compact model does require a lot of tradeoffs. However, they seem to be all the right moves for most buyers. For instance, you’ll sacrifice off-road capability, ride height, and general all around performance.

However, in return, you gain a better vantage of the road (you sit higher than in a sedan, but lower than a full-size SUV). You get better fuel economy and handling, as mentioned. You also get better cargo capacity than what’s available with most sedans and definitely more than what’s available in a compact or subcompact car (but not as much as you’d have with a full-size SUV).

One of the most important tradeoffs, ride height, actually means that compact SUVs are perhaps the easiest vehicles on the market to get into. With a sedan, you generally have to stoop and slide. With a full-size SUV, you have to climb up. With a compact SUV, you can generally get behind the wheel very easily. That’s a boon for many different drivers, particularly the older generation. However, it’s also beneficial for many others.

Don’t think that the SUV market is going to remain static. There are plenty of new options coming to market. In fact, the Detroit Free Press notes that 2015 is expected to be the year of the subcompact
SUV. What might those be?

Let’s consider some of the most popular compact SUVs on the market. These include the likes of the Honda CR-V and the Toyota RAV4. The new slew of subcompact models are even smaller than those. Of course, there is no legal definition of what is a compact SUV and what is a subcompact SUV. There hasn’t even been a government ruling on what constitutes a crossover. They’re technically all lumped into the “SUV” category, with various sizes applied (which may or may not actually fit the vehicle in question).

So, there’s a lot more to come for the SUV segment, and the automotive market as a whole. What we know today as a midsize SUV may be considered a full-size vehicle in just a few years, as smaller and smaller models come to market. What’s not going to change is the incredible popularity of what used to be called “cute utes”. Look for increasing diversity, more options available, new and smaller models, and further evolution.