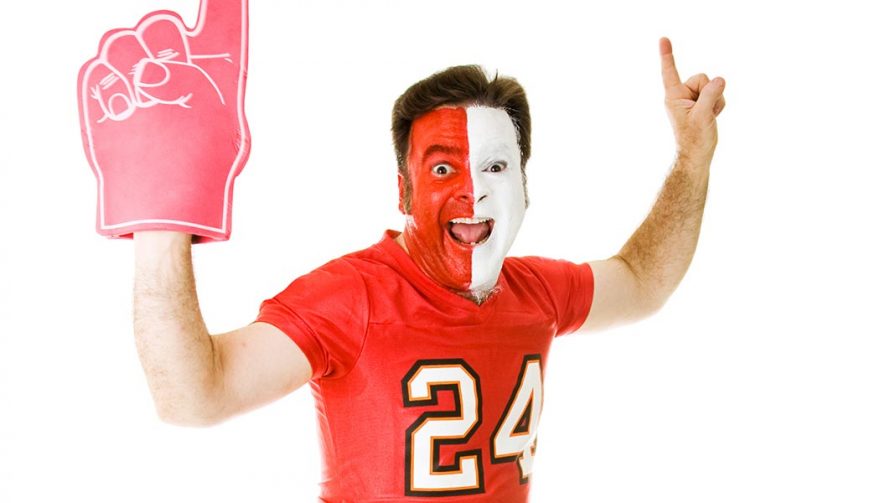 Sports fans. You know the “fan” part is short for fanatic right? The fanatic part refers to the exceptional behavior that a “fan” will manifest in the support of a favorite team or athlete.

Take football fans for example. Avid (some say rabid) football fans may paint their face or dye their hair in team colors. There are fans in Minnesota who, apparently channeling the combined effects of every concussion the Viking players have ever suffered, dye their hair, face and their entire torso which they proudly display in freezing temperatures in hopes of inspiring the team to victory.

Team apparel like jackets, hats, tees, socks and even underwear is the most popular way for fans to express their support. But for same fans this just isn’t enough.

Some football fans, both college and professional, have gone to extremes to demonstrate their loyalty and support. What better way to tell the world of your unwavering support for the local team than tricking your ride out as a rolling tribute to those pigskin paragons.

Now we have all seen the team flags that fly from car windows but we are talking serious customization here. A few of our favorites include:

You May Also Enjoy:
8 Great Christmas Gifts for Car Lovers 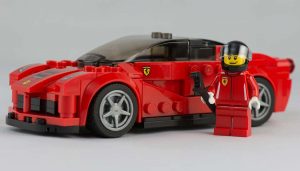 There are many other examples and if you live within 100 miles of a major school or an NFL town you have probably seen examples yourself. These are pretty extreme but you don’t have to commit the entire exterior of your car to the cause to display your loyalty.

Sports themed auto accessories is a huge business thanks to the marketing 101 principal of making an emotional connection with the buyer.

It seems like the only limitation on who can sell these items is the licensing agreements. Sports related car accessories are sold online on by the same sites that are selling tees and sweatshirts, general merchandise sites like Amazon and Overstock, online auto parts stores and brick and mortar shops of every type. Even car dealers get in on the act particularly in towns with a team.

And football isn’t the only sport…it’s every sport including the USA Curling Association’s window stickers.

But if cost, and taste, is no object here are a few accessories you may want to consider:

The bottom line is it doesn’t matter what your passion is, the NFL, SEC, MLB, NBA, NHL, PGA or USACA (curling association) there is a sports themed car accessory for you.

The only real question is just how committed you are to expressing your team loyalty and just how well you handle embarrassment when the passion of the moment passes and you realize your ride maybe looks more than a bit tacky.