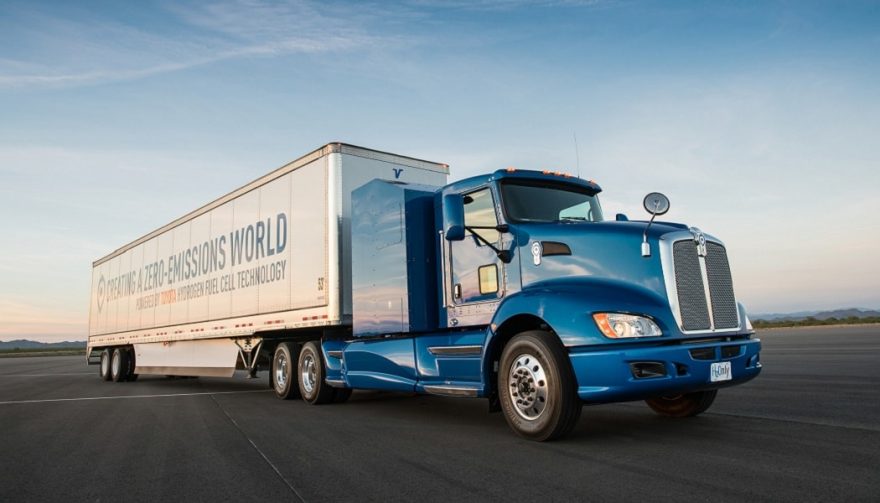 Specifically, they want to help reduce the amount of emissions heavy semi-trucks create moving in and out of the Port of Los Angeles.

If the Toyota Project Portal is successful, it could prove that hydrogen fuel cells might be the future of the automotive industry. That, or it will go down in history as a colossal failure.

Toyota, the Port of Los Angeles and state energy officials are going to do a feasibility study. The goal is to determine if powering the heavy trucks that roll through the Port using hydrogen would work.

Already, Port authorities have been successful at reducing emissions significantly. The heavy trucks contribute considerably to pollution there, so using fuel cell tech would cut that down to nothing.

We already know that light vehicles can run at least reasonably well on hydrogen. Toyota Project Portal would prove that the tech can be applied to heavy commercial vehicles. This comes at the same time Tesla is working on an all-electric semi-truck.

Given the size of the battery required, some doubt the viability of all-electric heavy trucks. With this feasibility study, Toyota could show how fuel cell technology is necessary for the future.

As part of the feasibility study, Toyota has created a Project Portal heavy truck platform. The truck puts out over 670 horsepower and 1,325 lb.-ft. of torque, thanks to two Mirai fuel stacks joined together. That should be enough to move big loads without problems.

A 12kWh battery is also part of the platform, which is tiny considering the magnitude of the truck. You can really load up this truck, thanks to an 80,000-lbs. gross combined weight capacity. Toyota thinks the truck can go 200 miles between refuelings. Of course, a hydrogen station would be located nearby for convenience.

You May Also Enjoy:
Toyota Investing $100M in Robotics and AI Tech Startups 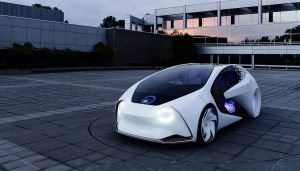 CARB and others are watching what happens next with great interest. The implications for the freight industry are huge.

Critics of hydrogen fuel cell vehicles contend that the alternative fuel isn’t viable because of two problems. One, separating the hydrogen from water requires running an electric current through the water. Why not just us the electricity to power up a battery, which then feeds an electric motor? After all, the hydrogen powers an electric motor, so you’re just adding an unnecessary middle step.

The other big problem critics love to point out is that a comprehensive hydrogen fueling infrastructure doesn’t exist. Electricity is piped into homes and businesses everywhere, so using that as a fuel is a far more convenient move.

Toyota seems to think that emerging technologies will take care of the issues associated with generating hydrogen fuel on a large scale. The company has been pushing to create a network of hydrogen fueling stations in California. That network is growing slower than projected.

It’s not wise to bet against Toyota. Remember this is the automaker that convinced droves of people the Camry is an engaging vehicle which is “grounded to the ground.” It has successfully spun the RAV4 as a utility vehicle, too. Is there any stopping Toyota?

Remember that Toyota was the automaker that finally cracked the code with hybrids. Sure, Honda had put out the Insight, but the car was so impractical that it was far too niche. Toyota made the Prius a cultural movement. You might not be a fan of the vehicle, but you can’t deny Toyota’s accomplishment.

Is Toyota setting itself up to be the pioneer on the next big fuel in the industry? It’s possible, and the benefits would be amazing. To hedge its bets, Toyota has been toying with pure electrification. The company teamed up with Tesla to make the RAV4 EV. In addition, the automaker has been churning out a growing number of hybrids.

The technology behind fuel cell vehicles is changing rapidly, maybe even faster than what’s driving the EV revolution. While there are some serious hurdles for hydrogen as a fuel source, know some big benefits come with it.

For one, you can fill the tank of a fuel cell car pretty much just like you fill up an internal combustion vehicle. It takes only a few minutes. Recharging even the most advanced EVs can take at least 20 to 30 minutes, which is hardly convenient.

Hydrogen can store quite a bit of energy in a relatively compact area. Just how energy-dense fuel cells are is something that’s shifting constantly these days. Battery tech is also transitioning quickly.

Either the company is on the verge of something brilliant, or the Toyota Project Portal will be forgotten in the future. If successful, it could boost the popularity of fuel cell vehicles of all kinds. That would hasten the death of internal combustion engines. It’ll be interesting to see which way things go at this point.