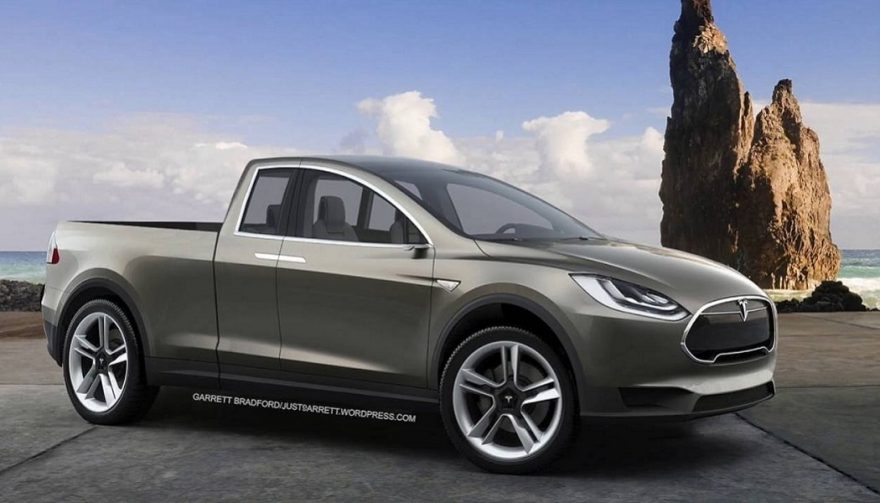 An artist's rendering of a potential Tesla truck.

Tesla Truck: Electric Pickup and Semi Are in the Works

Elon Musk hasn’t forgotten about truck owners, a Tesla truck and a Tesla semi-truck are in the works. With the Tesla Model 3 just a few months away from its public offering, Tesla’s CEO has drummed up even more interest in the electric vehicle market.

In a Twitter exchange, Musk did more than just confirm the Model 3 was on pace for summer deliveries. He shared Tesla’s future vision, and that includes a Tesla truck and a Tesla semi-truck.

It all came out after Musk tweeted: “Tesla Semi truck unveil set for September. Team has done an amazing job. Seriously next level.”

A barrage of questions ensued, in which the vocal CEO openly provided some scintillating answers.

The Tesla semi-truck will be shown to the world later this year. It has considerable potential to change how cargo transport is done. A pickup truck is in the works too, coming out by 2020.

And let’s not forget about the next roadster, which will be a droptop model.

An all-electric semi would provide massive torque levels and run on the same batteries as the typical Tesla electric car, albeit more of them. With an increasing interest in semi-autonomous and self-driving fleets, trucking companies have perked up to the idea, and the stock markets have taken notice also.

You May Also Enjoy:
Tesla Loses Its Grip and Coveted Safety Rating 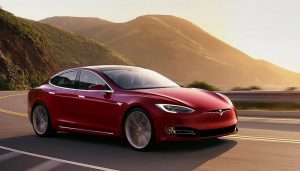 Stock analysts like Morgan Stanley have praised Tesla’s forethought and stocks rose steadily on the announcement. Which is more good news for Tesla, since the company has been estimated to be worth more than Ford and GM.

There’s a twist in the semi-truck plot. New Tesla semi-trucks can be purchased, but without batteries. Battery packs could potentially be owned by Tesla and leased to truck owners, ensuring a steady revenue stream.

The Tesla Pickup Is Coming

What the automotive world finds most interesting is a Tesla truck coming to market. The Tesla Model 3 and its hundreds of thousands of pre-orders show an electric car can be mainstream. A truck should be no different.

Consider this: an all-electric truck can have the highest torque offerings possible in the half-ton segment, complete with high-performance AWD.

Tesla could equip the new truck with the same electric powertrain as the Model X. So that would give us 463 horsepower and 713 lb-ft of torque in a truck.

That would be unmatched in the pickup truck world, and wouldn’t use a drop of gasoline. Compare that to the most powerful diesel trucks.

While details haven’t yet been released, the possibilities for an electric pickup are exciting.

And yes, a new Tesla roadster is coming down the pipe eventually. The open-top sports car lovers will have an electric car variant at their disposal. Musk confirmed the roadster will be a convertible, at least according to his Twitter post.

We’ll have to wait for more information as it becomes available.