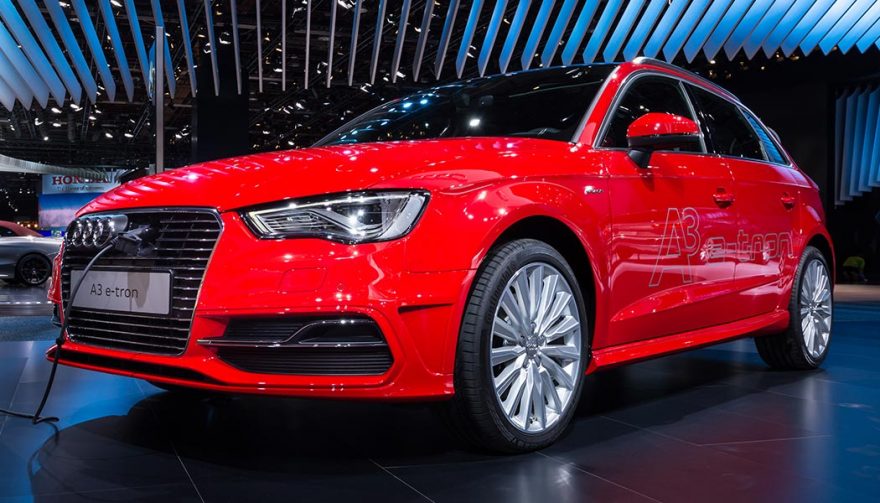 Your car will often tell if you're a democrat or republican.

Is Your Vehicle a Democrat or Republican Ride?

If you are a political junkie you have to be in hog heaven during this year’s presidential contest. Online or offline, the media outlets are bringing you political news 24/7. Not surprisingly that means newscasters have to dig a little deeper into the political world to find stuff to fill their airtime, blogs, and Twitter posts. We thought we would help out in this search for the politically obscure by sharing a study that tries to determine if the kind of vehicle you drive identifies your political leaning.

That’s right; Americans want to know if the car they drive is a Democrat or Republican ride. Are the iconic stereotypes of Republicans driving big, honking, made in the U.S.A. Ford, Chevy and Ram pickups and environmentally concerned, intellectually elite Democrats steering EVs, hybrids and European luxury cars correct?

We are about to find out…kind of.

Your Mechanic is a national auto repair firm that specializes in performing repairs and maintenance at the client’s place of business or home. Their dataset is large and of course they have the make, model and zip code for every vehicle they have serviced.

They have taken this data and sliced and diced it to compare the popularity (popularity is defined by the number of times a particular make/model was serviced) of a given model in states that voted Republican and Democrat in the 2012 election (red and blue) and then honed it down tighter to cover popular vehicles by Congressional District.

Is this a scientific study? Not by a long shot but it’s fun. What we may be seeing is a list of cars that are most likely to need servicing rather than popularity but there are some interesting tidbits buried here that might actually lend credence to the stereotypes.

Most Popular Vehicles by State

Remember that the by state list determines if a state is red or blue based on who carried the state in the 2012 election, Obama or Romney. We aren’t going to list all 50 states, you can see that at Your Mechanic’s website but we have listed some of the larger states and that state’s most popular car.

You May Also Enjoy:
Top 4 Rides for Summer Road Trips 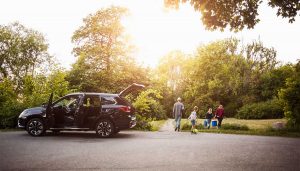 You can’t tell all that much from such a small sample but looking at the entire list it is easy to see that Republican states prefer American brands while Democrats show they prefer U.S. brands about one third of the time and foreign brands for the balance.

Drilling Down to Congressional Districts

Up to this point, ‘popular’ was based on the number of specific makes and models found in an area defined as Red or Blue. But if you look at the actual popularity of a brand and model determined by the percentage of total sales, then you can determine unusual popularity in a defined geographic area.

If for example the Honda Accord represents 4% of all vehicles sold in the U.S. then a district that had something over 4% in its total inventory would consider the Accord as unusually popular. Suddenly the stereotypes start to make sense. When measured against beating the actual market numbers, Red Districts rank the F-150 3rd instead of 6th.

Here’s what happens when you use this definition of popularity on the inventories of Red and Blue districts:

This list of top 10 unusually popular vehicles bears out the stereotypes. The Red list consists exclusively of trucks and SUVs and all but 2 are American made. The top Blue picks are exclusively foreign brands and consist of sedans, minis and compacts…not a truck to be found.

Not surprisingly there are differences in vehicle characteristics as well:

So, does this study prove the stereotypes or does it prove that all statistics lie? You might ponder that question as you tank up 30+ gallons in your Dodge Ram 1500 or plug in your Prius when you get home tonight. 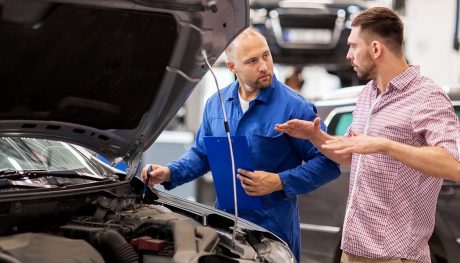 How to Talk to Your Auto Mechanic

How to Talk to Your Auto Mechanic