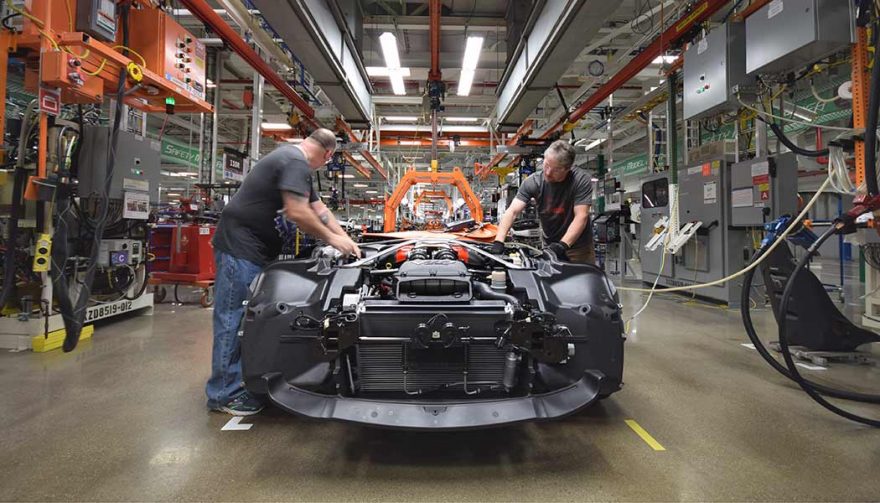 The Viper factory was more like a workshop, where cars were assembled by hand

The Dodge Viper factory in Detroit, officially called the Conner Avenue Assembly, is closing its doors at the end of the week. The last Viper rolled off the line on Aug. 16, 2017.

The specialty factory employed skilled craftspeople who built the Viper largely by hand. Whether it’s a GTS, an SRT-10, a GT, a TA, an ACR Extreme, or any other Viper you’d care to name, chances are it was built at Conner Avenue.

Below, we’ll look eight cool facts about the unique facility, and what’s gone into decades of building one of the most recognizable performance cars on the road.

It’s Next to a Residential Neighborhood

Conner Avenue Assembly is a large building by any stretch, over 390,000 square feet. That’s a fraction of the size of a full mass-production facility, though it looks massive right next to a residential neighborhood in Detroit. Interestingly, the Conner Avenue Assembly facility got its start as a Champion spark plug factory, before Chrysler bought it back in the ’90s. 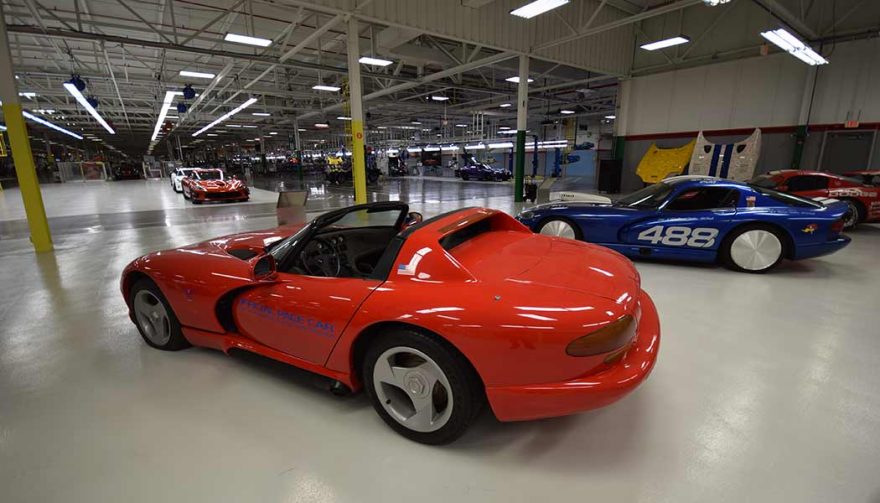 Though Conner Avenue Assembly was primarily concerned with building the Dodge Viper, it was also a museum. As you entered the workshop area, a lineup of retired race cars, concepts, former Pace Cars and other notable Vipers, including the ultra-rare Viper GTS-R concept race car, were all lined up and proudly displayed.

The retired race cars weren’t even washed or specially prepped. They sat as they were when they left some of the world’s most challenging race tracks. The original Dodge Viper concept, initially unveiled at the North American International Auto Show in Detroit back in 1989, was also on display.

It’s More of a Workshop 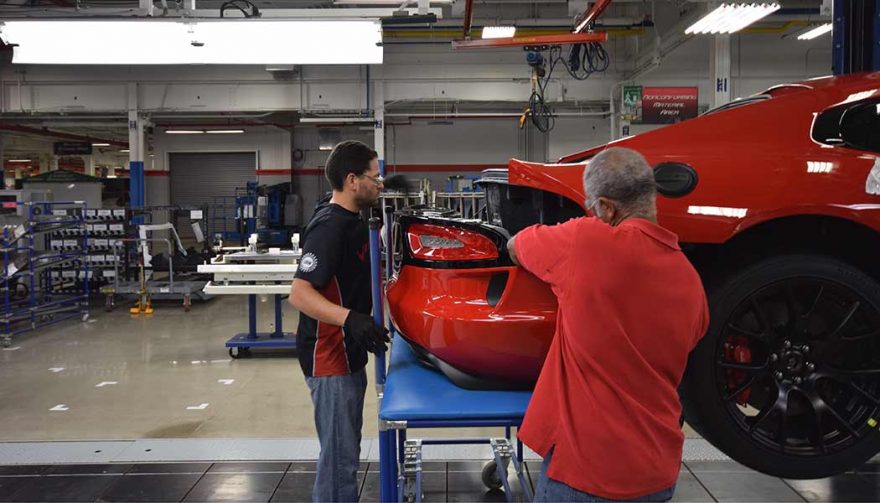 Conner Avenue Assembly was more of a workshop than a factory. It was surprisingly quiet, clean, bright and peaceful. Most of the work done there centered around hand-building the Viper from various components that were produced off-site and shipped in. The noisy stuff like welding, forming and painting happened off site. 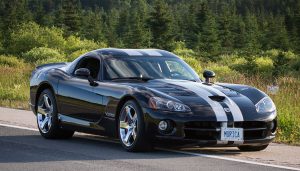 At Conner Avenue, a team of specially selected workers combined the parts and components together, creating the finished vehicles.

In the same way a chef at a restaurant takes a recipe and a cart to the refrigerator to gather ingredients for the day’s special, Viper builders took carts and build-sheets to the central parts stores within the factory to gather the components for the builds they would be working on that day.

Since Viper was a highly customizable car many combinations of colors, features, trims, wheels, seats and accenting were possible.

The Dodge Viper’s body panels were produced, painted, finished and shipped to Conner Avenue by a nearby supplier. As the body panels were installed late in the production process, body-less Vipers moving around the facility were a common sight.

With the driveline, wheels, seats and windshield installed before the body, unfinished Vipers looked like a sort of sinister go-kart until they were completed.

At Conner Avenue Assembly, Thomas Ballard ran a special station where each Viper was brought to life, activated, started up and validated electronically with testing before the body was installed. When the body-less Vipers arrived at Ballard’s station, he filled them with fluids, charged the air conditioner, activated the computer network, and ran the vehicle at full throttle.

This testing happened after a special machine ran some 900 tests on the engine before it ever got installed into the car. Only after Ballard tested the equipment was the car shipped out to the next part of the factory for body installation.

Perfection Was a Priority 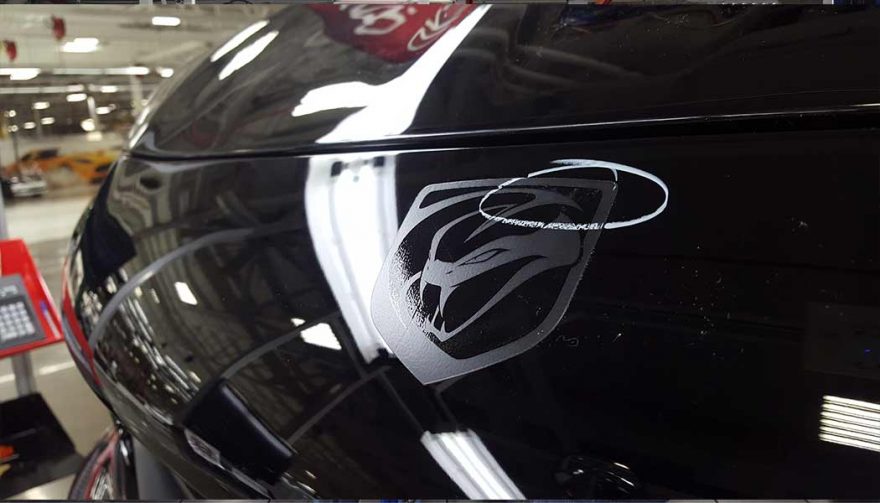 During one of the final stages of Viper production, teams from Conner Avenue Assembly and Prefix, a company which built and painted the body panels, got together in a special area of the building where unique flaw-revealing lighting was used to expose imperfections.

Even a tiny blemish, like a marred decal or a touch of orange-peel in the paint, would be called out, circled in wax pencil, and touched up or corrected by hand. Vipers weren’t finished until the two separate teams confirmed that the appearance was perfect.

A special climate- and dust-controlled room was the final stop in production. Here, all of the completed Dodge Vipers, many of which were custom-built to order, were stored before being shipped to dealers and customers.

At any given time the room contained several million dollars worth of completed vehicles. Though many customers had their Viper shipped to the nearest Dodge dealer for pick-up, they were encouraged to visit the factory to meet the builders of their car, take a tour and learn more about the Dodge Viper assembly team, before driving it away.