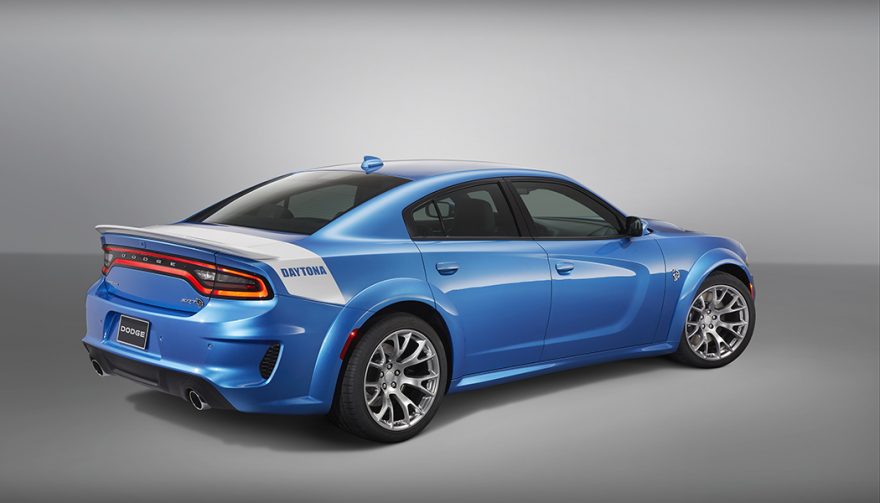 Remember the winged Mopar NASCAR racers? It's been 50 years since they schooled the competition, so the 2020 Dodge Charger Daytona pays tribute

It’s not going to be much of a surprise that the latest from Dodge is a callback to one of its historic models. Dodge, after all, has been doing that for years. This one, though, is extra special. Or at least the model it’s celebrating is. this is the Dodge Charger SRT Hellcat Widebody Daytona 50th Anniversary edition. We’ll call it the Dodge Charger Daytona.

That’s right, it’s been 50 years since the original winged wonder Daytona, and its Plymouth sibling the Superbird took to the high-banked tracks of NASCAR. Those models, you might recall, were specially designed to dominate NASCAR competition. And while it’s easy to say that you’re designed to be the best, these ones went to the extreme to do it. Completely new front ends. Made much more aerodynamic, with covered headlights and fender vents. At the rear, wings that were more park bench than road car wing that could press the rear of the vehicle to the track. The Daytona and Superbird broke the 200 mph barrier around Daytona Motor Speedway, and set a track record that stood for 17 years.

So what is the company doing today to make a Dodge Charger Daytona? Well, in some ways it’s more mild than the originals, and in some ways far more extreme.

Starting under the hood. Where the Dodge Charger Daytona takes the 6.2L supercharged V8 of the standard SRT Charger and boosts the already massive power figure even higher. This special edition makes an extra 10 hp for a total of 717.

You May Also Enjoy:
All American Muscle: 2018 Dodge Challenger vs Charger

Underneath those massive widebody fenders are special wheels for the Dodge Charger Daytona. 20-inches tall by 11-inches wide and wearing huge 305-width Pirelli tires. Sadly missing, though, is a recreation of the aero nose or the massive rear wing. Instead of the giant wing, Dodge is giving the Dodge Charger Daytona a white stripe on the flanks that looks like the one on the original cars. And though it’s much smaller, there is a spoiler that’s unique to this model. If we’d have to bet, we’d say that despite the more conventional body, the new car would fare much better in a wind tunnel than the original anyway.

If you want a B5 Blue Charger this year, and with that beautiful hue we bet you do, the Daytona is the only way to get it.

There are some tweaks to make the inside special as well. The Nappa leather and Alcantara performance seats are finished with a blue accent stitch. They get Daytona embroidery in the seatbacks too. Look around the interior, and you’ll find that blue accent on the center console, door panels, and on the armrest. Unique to this model is a new steering wheel. It’s suede with a flat bottom and blue and silver accents. That and the blue velour floor mats are Daytona 50 only.

Finally, because they only built 501 of the first car, to meet NASCAR rules, they’re only building 501 of this one. And each will get a numbered plaque.