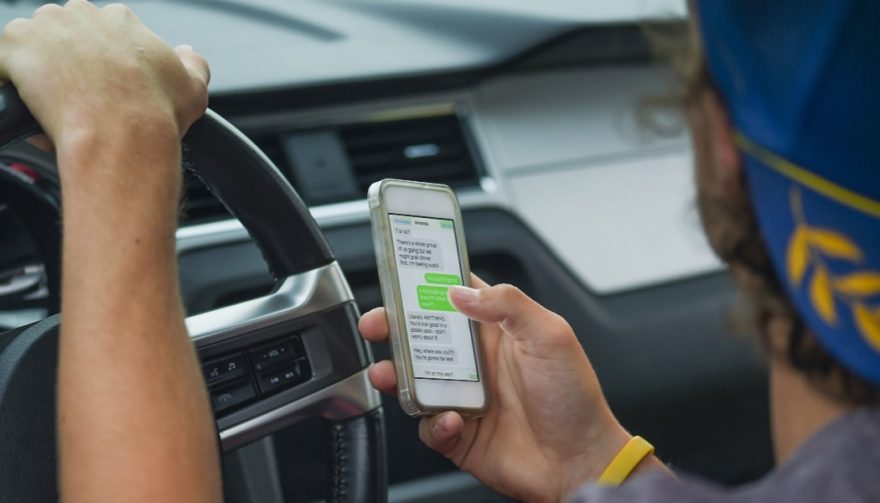 Along with using a smart phone, don't get caught putting on makeup or eating

This means you can be cited for E-DUI. It’s not the same as DUI, but the association is causing a huge stir. The bill was drafted in response to a 32 percent increase in deaths from distracted driving from 2014 to 2015.

Washington has proven quite capable at driving enforcement. It boasts a 95 percent compliance rate with seatbelt laws, for example.

This new Washington distracted driving law bans many activities plenty of people engage in every day. Forget about texting a friend to say you’re running late, even at a red light, at least if you’re behind the wheel.

Even when the vehicle is stopped, a driver can’t use a handheld device. The only time you can be in the driver’s seat and use a device is if the car is pulled all the way off the road.

E-DUI is a primary offense. In other words, a police officer can pull you over for any of these violations alone. The first time it’ll cost you $136.

If you’re cited a second time, it jumps to $235. Oh, and your insurance rates will likely climb, just for good measure.

Some activities are secondary offenses, and they don’t even involve electronics. These include grooming yourself (like putting on eyeliner or shaving), eating or drinking a beverage. A citation for these will cost you $30.

If you have a cradle mounted in your car, you can use a device while driving. At least, that’s if you’re just using it to navigate, but not watch videos. Apparently, the legislature thought the public wasn’t smart enough to figure that out.

Also, your infotainment system is fair game. Automakers would be up in arms if that weren’t the case. Drivers can fiddle with the confusing menus instead of watching traffic ahead, if they so choose.

This is where the law gets a little fuzzy. It allows “minimal use of a finger” to work a device. Exactly what constitutes minimal use could be subjective.

Phone calls while driving are banned. The only exception are emergency calls, and calls between transit employees and dispatchers. If you have a CB radio in your car, for whatever random reason, you can still use it.

According to the Seattle Times, state workers surveyed drivers and found almost 10 percent have a device in hand at any moment.

How easily will police officers in Washington be able to enforce this law? It seems like a tall task. And there could be legal challenges once it goes into effect. 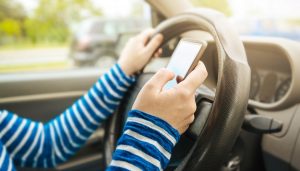