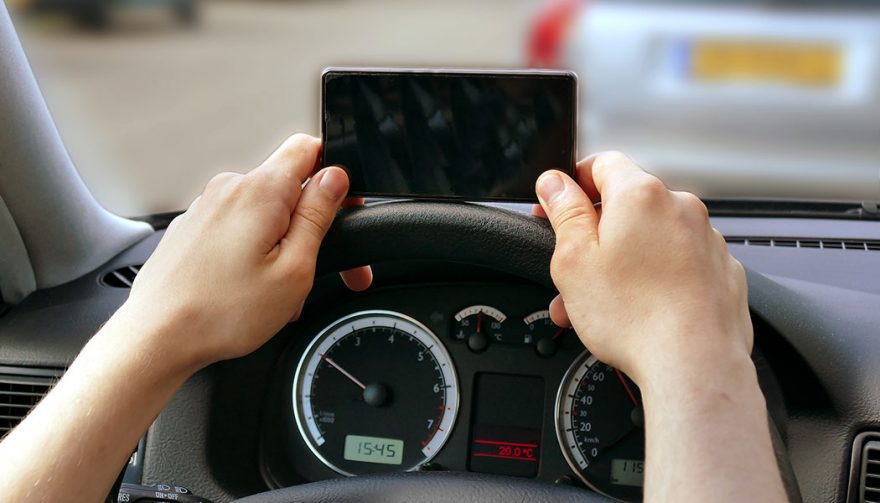 New App Wants You to Narc on Distracted Drivers

Are you sick of all the distracted drivers out there texting and driving? A new mobile application, called Text to Ticket, wants to turn you into a distracted driving vigilante.

This new app will allow users to submit evidence of offending drivers to local authorities. Even more interesting, you’ll collect a bounty from the collected fine paid by the offender.

Honestly, who hasn’t been almost hit by some twit updating his Facebook status? It makes you feel outraged that someone thinks their phone is more important than your safety. That’s how this app was born. The creators say they were almost plowed down while crossing a street in San Francisco, thanks to a distracted driver.

With this mobile application, anyone with a smart phone can quickly and easily rat out anyone they see not paying attention behind the wheel. Instead of having to figure out who you can send the evidence to locally, which probably stops most people from doing this very thing, the app takes all the hassle away. You could be turning in people every day with little effort.

There’s something strangely ironic about Text to Ticket. It could actually encourage more distracted driving. Why would it do that, considering an army of smartphone vigilantes are prepared to take distracted drivers down? The true irony is that people using the app could be guilty of exactly what they’re busting other people for doing.

If you take a video of another driver typing on their phone, and you’re driving while doing it, you’re also driving distracted. In some states, like California, that simple act is completely against the law. Oh, the irony!

Perhaps the mobile app will require users to state that they aren’t operating a vehicle while using Text to Ticket, sort of like how Waze makes you verify that you’re a passenger when you’re plugging in an address. Very effective, right?

There’s no telling how police agencies will handle this possibility. It might not be impossible to think that a person who turns in someone else for driving distracted is cited for the same thing, thanks to that solid evidence they so willingly turned in.

Text to Ticket is serious about working closely with local police departments and courts. The company likes to speak in stilted language about civic responsibilities and such.

Who’s to say that any police, judge or prosecutor will take this seriously? It seems more likely that any evidence submitted through the app will be thrown out in a hurry.

After all, how many users will get really great video, without breaking the law themselves? The video will have to remove any doubt about the identity of the person behind the wheel, plus record the license plate clearly to even have a shot.

Money Is the Biggest Motivator

Let’s be honest: one of the biggest motivators here is money. Users aren’t going about trying to make the world a better place, one distracted driver at a time. They want to make some side cash, at best.

Nobody will get rich using Text to Ticket to tattle on people texting and driving, except for maybe the app’s founders. First, your video must be approved for you to get a payout. That takes about seven to 10 days. If your video meets the set standards, expect a sweet $5 for your efforts. Don’t spend it all in one place.

If you like to turn people in all the time, maybe you can start to make enough to have a nice meal at Applebee’s once a month. A Submission History page lets you track the progress of each instance you snitch on others.

Of course, Text to Ticket takes a cut of each citation successfully issued. According to the company’s investor page, the cut Text to Ticket is gunning for is 30 to 50 percent of each ticket, which is on average about $100.

If the app blankets the entire nation, which seems to be the goal, that could be some serious money flowing in. Saving the world from distracted driving might be a lucrative business opportunity.

Naturally, some people are none too happy about the idea of Text to Ticket, and it’s just getting started. To help calm down fans and potential investors, the company has announced it’s partnered with a red-light enforcement firm.

Only time, and the court system, will tell if Text to Ticket will be a success in helping to cut down texting and driving.