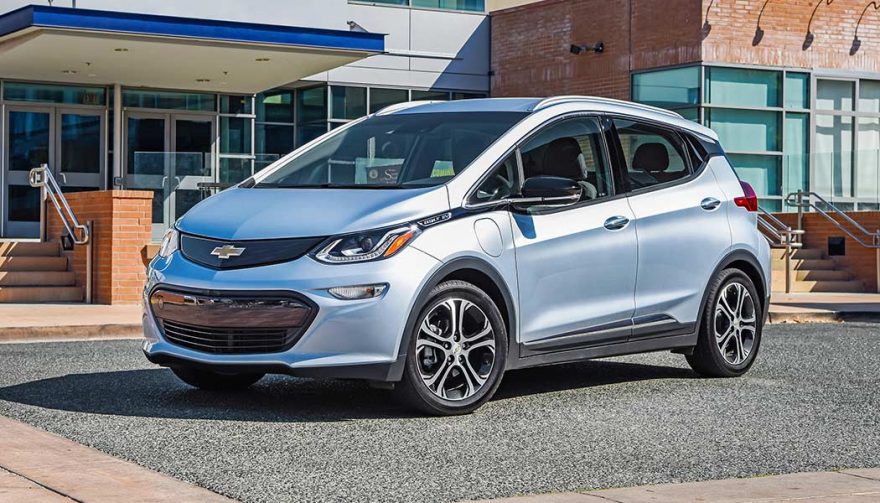 Every year, the latest and greatest vehicles in the industry are put through their paces. They are rated according to stringent criteria including design advancement, engineering excellence, efficiency, safety, value and performance of intended function. And when the dust settles, one is named the Car of the Year. And this year’s COTY award goes to none other than the Chevy Bolt EV.

The 2017 Chevy Bolt EV is in good company. Others on the winner’s list include 2009 Nissan GT-R, the 2013 Tesla Model S and the 2014 Cadillac CTS. And through history, each year contains a memorable vehicle, from the ’69 Roadrunner to the ’81 K Cars. One thing rings true among every vehicle on the list: they’ve contributed to advancing the automotive industry in some way.

Three overriding factors have ranked the 2017 Chevy Bolt as the best of the year. The first is its exceptional range per charge. The second is the attainable price point. The third is the embodiment of a real car, devoid of any qualifiers. Everything else is just gravy.

The Bolt is the first all-electric vehicle General Motors has been able to produce with the intent for the mass market. Because of its 60 kW-hr battery pack and efficient electric powertrain, the Chevy Bolt EV is able to travel an EPA-certified 238 miles on a charge. For the average commuter, that means you won’t have to charge your car every day. You can complete a leg of a road trip before you need to stop to recharge the car’s batteries…and yours.

And for its pretty amazing range, the price tag is $37,495. That’s half the price of a Tesla Model S, but wait! There’s a $7,500 federal tax rebate that comes off that number yet. So for $30,000, Chevrolet is able to offer an all-electric car without the downside of previous electric-car technology – that is, always worrying about range.

You May Also Enjoy:
Bolt EV Takes It To Tesla: More Range, Out Soon 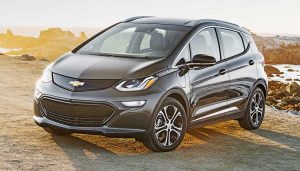 Mark Rechtin, MOTOR TREND’s executive editor, says, “This is a direct challenge for Tesla to make the Model 3 anything near the Bolt EV for the same price. Chevrolet has made affordable long-range electric transportation available to the masses. Elon Musk should be afraid. Very, very afraid.”

The perception has always been that electric cars are green but absolutely boring to drive, but no longer. The 2017 Chevy Bolt EV drives like a real, honest car; comparable hatchback in the segment. The weight ratio is 56/44 front to rear for precision handling. The electric motor produces 200 horsepower and 266 lb-ft of torque, matched to a single-speed automatic transmission. It accelerates from 0 to 60 mph in just 6.3 seconds, with a quarter-mile time of 14.9 seconds. That’s respectable, staying close to the VW Golf’s times in both areas.

Compared to the other big names in its category – the Mazda3, Ford Focus ST, and the Fiat 124 Spider – the 2017 Chevy Bolt EV holds its ground. It’s not the cheapest in initial purchase, nor is it the fastest, but it’s close. And it just might be the least expensive in cost of ownership when you consider the fuel savings, which are significant.

With the Bolt, Chevrolet has once again shown they are relevant in the global automotive market. The Chevy Bolt EV is suitable worldwide, but not just suitable. It’s could be desirable, a trendsetter, even a revolutionary. With affordable electric car technology on the market before Tesla, Chevy has the potential to convert those with a deposit on a Tesla Model 3 before their cars hit production.