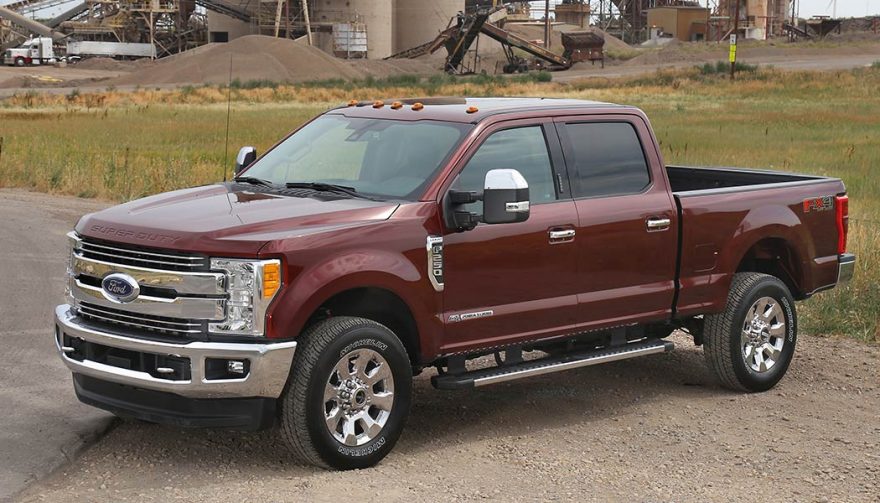 Meet Your Truck of the Year: 2017 Ford Super Duty

When you set out to find the recipient of the Truck of the Year award, a few names stand out. The Ram pickup lineup, Chevy’s Silverado and Ford’s F-Series step to the front. For 2017, a couple of new models took a crack at the title too: the Honda Ridgeline and the Nissan Titan. But when the dust settled in the brutal proving grounds, the Ford Super Duty shone brightest.

It’s been America’s best-selling line of pickup trucks for 50 years. They’ve learned a few things about how a truck should act and what their customers want. So when it comes to MOTOR TREND’s Truck of the Year award, it should be the Ford pickup’s to lose. It won handily, categorically dominating each of the six sections: Advancement of Design, Engineering Excellence, Efficiency, Safety, Value and Performance of Intended Function.

The Super Duty Is Unmistakably Ford

When you look at the Ford Super Duty, there’s not one part, not one line, not one curve that detracts from recognizing its brand. While the design is their latest modern variation of the heavy-duty pickup, you can immediately see it from every angle.

Combining the 2017 Ford Super Duty’s behemoth diesel powertrain with 925 lb-ft of torque with the lightened aluminum body, you’re going to experience an incredible truck. Can you picture towing 16 tons behind a pickup truck that’s not solely intended for commercial use? That’s what the Ford can do. And nearly 4 tons of payload…

Top that with some of the best technology for trailering, including jackknife warning, two backup cameras for trailer hookup, and a tailgate release from inside the cab. The Super Duty is engineered for the truck owner who needs a real truck.

You’d think with those types of performance numbers, it would suck more fuel than any other competitor. Not so. In fact, the F-series Super Duty obliterates the Ram’s fuel ratings, even though trucks of this size aren’t EPA rated. More than three miles per gallon better than the Ram, the diesel version of the Super Duty is hands-down taking the top rating in efficiency.

With its amazing payload and towing abilities, the 2017 Ford Super Duty performs exactly as a truck. It’s not pretending to be anything else. You can get it as stripped down as you’d like and it’s still a hardworking truck. You can pack all the innovations, options and features in, and it’s still the same truck at heart.

The Super Duty still has its flaws, but each truck does. Overall, the 2017 Ford Super Duty did so many things right that MOTOR TREND had the decision locked up halfway through testing. Where can Ford go from here?

You May Also Enjoy:
The 2017 Ford Super Duty 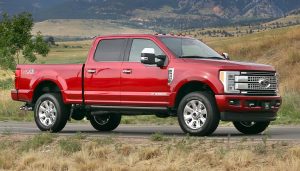