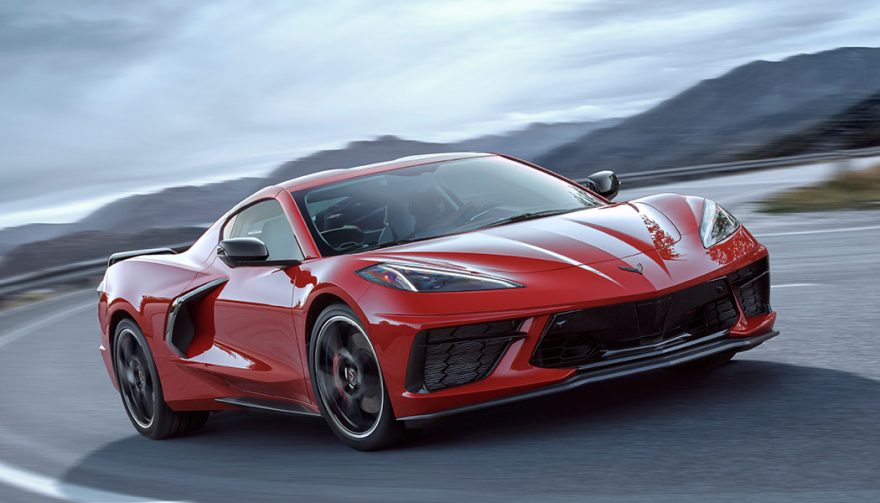 Chevrolet was running out of ways to make the Corvette better. So they broke the moulds and made the 2020 Chevrolet Corvette mid-engined and even better

It’s here. It’s finally here. The often rumored, often rendered, even more often teased mid-engine Corvette has arrived. It’s the 2020 Chevrolet Corvette and it looks like it’s going to be the best ‘vette yette. At least the fastest. That’s because moving the engine out back means that it’s quicker than ever before. Managing under three seconds to 60 mph.

Putting the engine out back allows for a new nose. Lower, with low=profile headlights. Better visibility out the front windshield, letting the driver see the asphalt very close to the car’s front edge. It also allows for a second trunk, with the automaker calling the 2020 Chevrolet Corvette even more practical. Able to hold two sets of golf clubs.

You May Also Enjoy:
2019 Corvette ZR1: Fastest, Most Powerful Production Corvette Ever 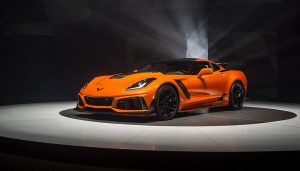 But the F22-inspired styling isn’t the focal point of the 2020 Chevrolet Corvette. No, that’d be the performance. And the new Stingray delivers. The base engine is a 6.2L V8. It’s a new engine compared with last year, that offers 495 hp and 470 lb-ft of torque when equipped with the performance exhaust. That’s the most power for any entry-level Corvette yet.

Since this car’s meant to handle, not just go quickly in a straight line, the engine uses a dry-sump oiling system. It’s able to pump the right amount of oil to the engine even “at lateral acceleration levels exceeding 1G in all directions.”

That engine’s visible through the rear hatch, hidden under a lightweight glass panel that’s designed to show it, and the new red valve covers, off to all passers-by.

The new engine comes with an all-new for Chevrolet eight-speed dual-clutch gearbox. It’s designed to provide lightning-fast shifts, with paddles to let the driver pick their own. Chevrolet engineers have given it a lower first gear to take advantage of the extra traction, then two through six are set up to keep the engine on boil with a tall seven and eight for cruising.

Other new tech features for the 2020 Chevrolet Corvette include an all-new infotainment system. With a 12-inch digital instrument cluster that adapts to six different drive modes. There is also a heated steering wheel for the first time in a Corvette.

And if you want to go even faster, the new car gets a Performance Data Recorder. Designed to analyse your lap times on track and help you see where you’re fast, where you’re slow, and where you can go quicker.