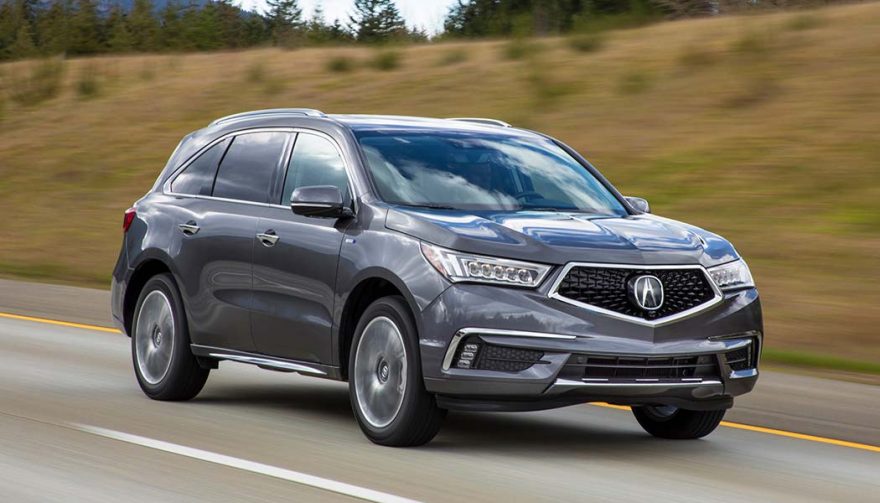 The Acura MDX Sport Hybrid is the car maker's most powerful SUV to date.

With the launch of the Acura MDX Sport Hybrid, the car maker scratched three items off of their to-do list. The first? Deliver their first hybrid-powered SUV to market. The second? Launch their most-powerful SUV model to date. The third? Further expand the range of top-selling Acura SUV models available to shoppers.

After all, even though Acura offers a model range of cars and crossovers, their SUV models, and the MDX in particular, are big, big business.

Crossover. SUV. Utility Vehicle. CUV. Whatever you choose to call it, this hybrid version of Acura’s best-selling flagship utility model offers up three rows of seating, “Super Handling” all-wheel drive, and more power than the standard MDX. It drives, functions and operates almost identically to the standard MDX, though it packs more performance, and uses less fuel to do it.

What makes the Acura MDX Sport Hybrid different from the regular MDX? A few notable changes.

Most importantly? These unique components are all under the MDX’s skin. Despite the unique powertrain, the vehicle still drives, functions and operates almost identically to the standard MDX, or any other luxury SUV with which it competes.

In the Driver’s Seat 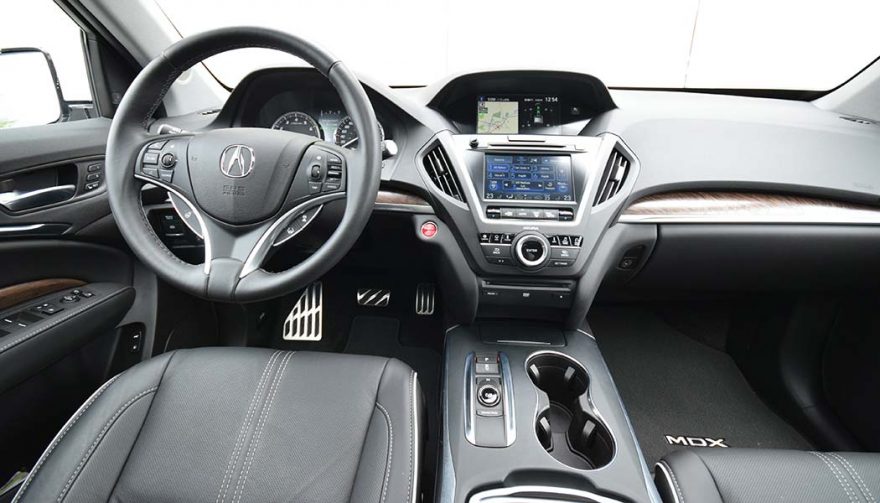 Despite a complex powertrain, the Acura MDX Sport Hybrid driving experience is largely business as usual. In fact, aside from a few small changes to the instrumentation, and the presence or absence of a few telltale sounds, you’d be hard-pressed to tell that there’s much of anything different happening at all.

After all, it’s primarily an MDX, and a hybrid next. At times, you’ll feel a little squirm or squiggle from the driveline as electric motor and gas engine output are switched and blended. Listen closely, and you’ll occasionally hear that the gas engine isn’t running, or that it is. By and large, the gasoline-powered side of the driveline is so smooth in its duties you’d be hard pressed to notice it at all.

You May Also Enjoy:
Does a Facelift and A-Spec Trim Make Acura’s TLX a Sport Sedan? 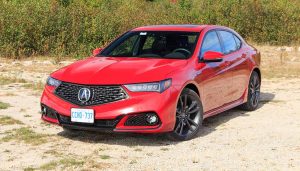 Using the TMU instead of a conventional rear differential means the AWD system is faster acting, more effective and more responsive across a broader range of throttle inputs. Like the powertrain, the AWD system operates in smooth silence, with nothing additional required of the driver.

The big difference, and one especially notable for those coming into an MDX Sport Hybrid from a former standard model, is the performance. On paper, the increase to 321 horsepower is a modest one, but with the availability of abundant torque from the electric motors at every possible RPM, the response to throttle inputs is increased dramatically.

All the while, the feeling at the throttle is normal. There’s little to none of the vagueness, lag or numbness that characterizes the throttle feel in many hybrid cars, and the Acura MDX Sport Hybrid responds quickly and predictably to all inputs.

Other than the brakes, that is. But that is par for the course with hybrid vehicles, by design. Here the brakes feel a bit numb and vague when they’re used lightly.

So the electric motors are employed to boost power and performance, and to make a more responsive and cleverer AWD system. Thing is, they also enable some neat tricks that help save fuel, too.

For instance, in some situations the MDX Sport Hybrid can drive entirely on stored electric power, even if for brief periods. Driving down your street. Finding a parking space at the mall. Slowly moving through stop-and-go traffic. In most any situation when you’re going slowly, and using little throttle, this machine is driving solely on its battery.

At higher speeds, the electric motors can boost the gasoline engine’s efforts. So when you accelerate to pass or climb, some of the additional forward thrust comes from stored electricity, not from burning more gas.

Best of all, thanks to regenerative braking, drivers can actually generate electricity to recharge the battery by taking it easy when braking or slowing down. When you coast, or lightly brake, the electric motors are being driven as generators, powered by the momentum of the vehicle, and that recharges the battery.

By and large, MDX Sport Hybrid takes to the road with a suspension setup that feels solid, durable and calibrated toward a comfort-first ride. On all but the worst roads, little breaks its composure, and noise levels from beneath are kept well in check.

Rear-row seats are best left for the smallest passengers you’ve got.  They can physically fit an adult when required, but those of average size or larger will be uncomfortable for longer trips. These third-row seats fold down in a jiff when needed, expanding on the wide and flat cargo area.

Elsewhere on board, the interior wows more for its layout and thoughtful touches than for its overall look. The environment is fairly plain and lacks any visual fanfare. The aggressive use of contrasting color, texture and trim you’ll find in many competitors isn’t present here. Largely, the cabin is simple, dark and quiet.

Those drivers who value being organized and tidy on the move are taken care of thanks to an abundance of nearby storage. Multiple high-output charging ports and a household power outlet mean there’s plenty of juice for recharging gadgets.

The major complaint with the MDX Sport Hybrid is the central display, which looks like a carryover from 2007. Further, exterior styling might just be too quiet and plain for some shoppers, though it’s an ideal look for those who want to slip through traffic unnoticed.

Acura MDX Sport Hybrid is a worthy pick for those after small crossover mileage from a great big SUV with plenty of performance punch and flexible functionality.