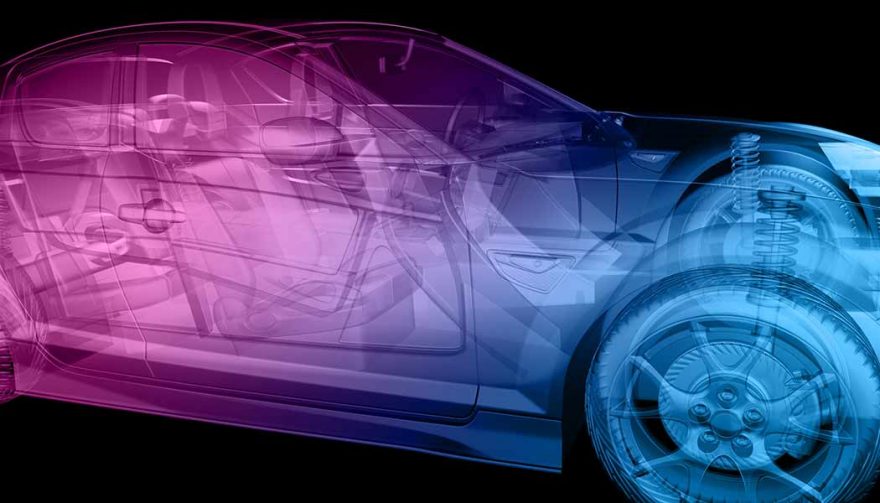 First there were tailfins on cars. These new auto parts came about at the beginning of the space age. It is easy to see that designers styled tailfins after the early rockets, which were little more than guided missiles used to carry astronauts.

Technology has marched onward from there, or lurched forward, depending on how you look at it. Tailfins have long ago disappeared from car makers’ designing boards. But in their place more sophisticated auto parts and technology have made their way into today’s automobiles.

There Are Lots of Advanced Auto Parts in Your Car Today

Typical automobiles today no longer weighs two tons. They also don’t get 10 miles per gallon, stop as slowly as a freight train, or belch out tons of pollution. If you surmise that research and technology from the space exploration industry, aircraft manufacture and even military use has worked its way into today’s cars you would be correct. Let’s look at some examples (and misconceptions) of that evolution of technology.

I always suspected that the Global Positioning System was designed by men as a way to avoid asking for directions. The cover story, though, is that satellites were placed into orbit to keep track of warships and to steer guided missiles. A likely story indeed.

Contrary to what some of us were taught in school, aluminum foil was invented long before rockets were launched into space. It does, however, play a crucial role in shielding astronauts from harmful radiation in outer space, and serves a less crucial role in your car.

It shields delicate computer sensor wires from the powerful magnetic field that is generated by the engine’s starter motor when you turn the key.

Which came first: the chicken, the egg or the egg carton? As with aluminum foil, space contractors did not invent plastic either. But they certainly took the ball and ran with this material too, in their quest to build lighter but stronger flight-worthy parts.

You May Also Enjoy:
Thinking about Upgrading Your Headlights? 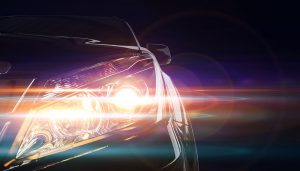 You might have noticed that today’s cars are manufactured from a lot of materials that we call “plastic” for lack of a better term. More so, like many aircraft of today, cars have an assortment of crucial components made up of composites, which is a nice way to say that several lightweight plastic-like materials can be sandwiched together to have the combined strength of metal. The weight savings allow better fuel economy for cars as well as for spacecraft.

By now you should be developing the idea that the space industry takes existing technology, rapidly advances it for their use, and then disperses that much-improved tech into vehicle manufacture. Let’s agree that crazy glue won’t hold spacecraft parts together in flight but that sophisticated epoxies will do the job.

If you crash your car, the mechanics will certainly use some of those advanced adhesives to put it back together again. Auto makers even use it when they put vehicles together in the first place. Glue is less expensive than auto parts like nuts and bolts and it weighs less too.

A lot of esoteric chemical reactions happen between gasses, the energy of heat, and noble metals to clean up vehicle exhaust emissions. It all happens inside the catalytic convertor.

This is hearsay, but my favorite technical school professor said the knowledge to harness and control those chemical chain-reactions originated with the development of the atomic bomb. It seems plausible.

Yes, the speed indicator that projects onto your windshield was originally invented for fighter jet pilots.

Things happen fast when an airbag deploys. And if it doesn’t happen just right, there will be big problems. Just look at Takata. It takes a fuel that will ignite instantaneously, burn very rapidly, and produce a huge volume of gas to inflate an airbag in the 1/20th of a second required of them. If that reminds you of solid rocket fuel, then you would be correct.

The fuel inside a steering wheel airbag has the consistency of a pencil eraser, just like the solid rocket fuel used in boosters that help lift heavy payloads into space.

When it comes to linking aerospace technology to cars, carbon fiber is the great spoiler. Yes, it looks extremely hi-tech, and the latest versions are quite sophisticated. Don’t tell anybody, but Thomas Edison invented the first carbon fibers long before Henry Ford introduced his Model T or the V8 engine. Edison created carbon fibers to use as filaments in his light bulbs.

Yes, this exotic-looking material leads us to believe that spacecraft should contain tons of it. To the contrary, any small bubbles in the material could explode violently in the vacuum of space. Not good. Carbon fiber is used to some degree in every spacecraft, but not to the extent that we imagine. Sorry.

There are more cars and trucks in existence today than flight-worthy aircraft. Hence a lot of research goes into developing better brake materials for land vehicles.

It’s hard to say if ceramic disc pads first became popular for vehicle use or for stopping aircraft on runways. Call it an even draw.

Nope, not at all auto parts derived from space vehicles. Also a common misconception is that a car engine’s air mass sensor is derived from jet aircraft air speed indicators. No again, but the story does sound good.

If you thought that Edison was a spoiler, then this is even worse. In the early 1700s it was discovered that flowing an electrical arc across a gap produced very bright light. Why they didn’t already know that from watching lightning is beyond me.

HID lights work on that principle, albeit the surrounding technology has advanced over the 300-plus years. HIDs are fading (pardon the term) to LEDs anyway for the current choice in lighting.

Radar predates the space age, but a device that tells a driver when his vehicle is veering into an adjacent lane is new. Who knows, but maybe someday we’ll see flying cars as commonplace as in the “Jetsons” cartoon of the 1960s.