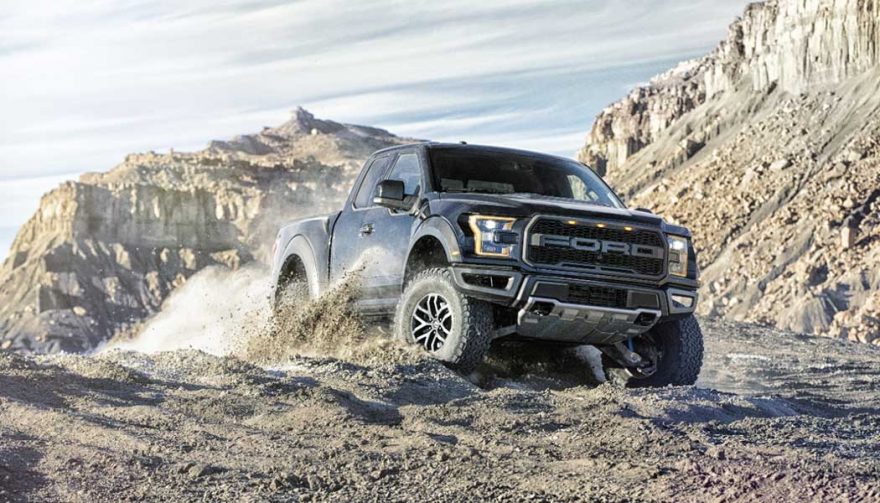 While the applications will be fairly useless for off-road enthusiasts, the features could help those who have to spend a lot of time on rough terrain. Here’s a closer look at autonomous off road driving technology.

In the most basic sense, Ford’s autonomous system consists of a hard drive with trail instructions stored on it, and a processor. Through sensors on the vehicle, the processor can analyze inputs, comparing them to the stored info, and react accordingly.

The processor can control the brakes, traction control, steering, suspension height/stiffness, and damping rates. We already have computer-controlled traction on many vehicles.

When measuring trail obstacles, Ford’s system even determines if humans should be in the vehicle. In other words, you might get out and watch the truck roll over a really tricky rock. Weird? It sure is. But it’s supposed to be a guard against any rollover risk.

It seems, from the patent drawings Ford filed, there’s a manual override. Either a handheld controller, or a smartphone app will let you stop the vehicle at any time. All while you stand outside and watch.

You May Also Enjoy:
New Off-Road Technology Makes It Easier On The Trail 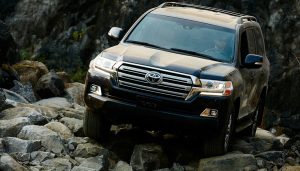 Before you think humans will be completely useless in this tech, know that Ford plans on drivers taking control. At least some of the time, the system will determine it can’t deal with some sections of a trail. At that point, it hands everything off to the driver.

One unique aspect of the Land Rover tech is an Off-Road Connected Convoy. Several Land Rovers could connect to each other, sharing information about upcoming terrain. This tech is still very new, but the potential to chain together multiple off-roaders, pooling information, could be a game changer.

Some of the other innovations Land Rover has been pursuing overlap with Ford’s. Of course, the Brits aren’t spilling all the beans on what they’re doing, and playing the tech fairly close to the vest.

Driverless features in the city and highway make a lot of sense, the terrain is a lot more predictable and there’s plenty of data coverage. But do autonomous off road driving features make sense, well, off road?

A self-driving off-roader might make a poor decision on a trail. That could lead to property damage, or maybe even injuries, or worse. In some cases, an autonomous system might trigger a collision that could hurt or kill people in other vehicles.

Aside from that, autonomous tech could empower more people to hit the trails, without the proper experience. Do we need everyday people who know virtually nothing about driving in the great outdoors deciding to take a leisurely drive on a technical course? What happens if the autonomous system does something that gets the SUV or truck stuck? Other people will need to put themselves out there, risking injury or damage to their off-roader, to remedy the situation. If that becomes common, the off-roader code of not leaving anyone stuck might put a real strain on the sport.

What people also fail to understand is that off-roaders like doing things themselves. Climbing a steep section of slick rock, crossing a deep pond, and negotiating narrow switchbacks are incredibly rewarding obstacles. Having a computer do most of the work doesn’t even begin to cut it. I predict enthusiasts will roundly reject this tech. Keep in mind, most of them still favor manual transmissions and mechanical differentials, and even look down on air conditioning.

There’s another point: how secure is the remote tech? We’ve seen white and black hats hack vehicles that allow remote access to any number of systems. Is Ford using secure protocols, or will this be another huge risk for vehicle owners?

The point is that engineers and executives at Ford and Land Rover probably haven’t dedicated deep thought to these topics. But we’re all going to deal with them, regardless. Hopefully the worst-case scenarios don’t unfold, but there seems to be little reassurance coming from these companies that they’re taking the necessary steps to prevent them.

That’s not to say this tech couldn’t be good. It could, when you’re in a really sticky spot and need some technical help. It might be the difference between needing a recovery and being able to get home before dinner. Really, it all depends on how Ford and Land Rover implement the tech.