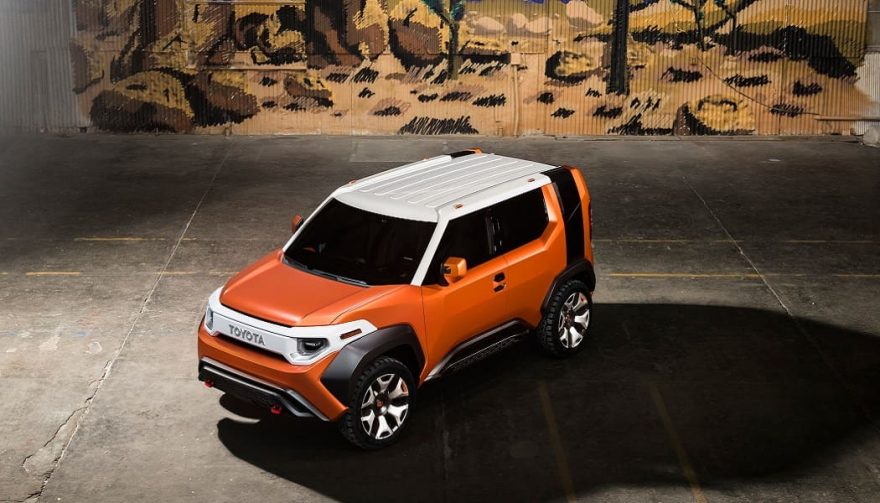 The Toyota FT-4X is an "off-roader" that's really built to look tough sitting in front of H&M.

Toyota FT-4X: This is Not the Off-Roader You’re Looking For

Toyota created tremendous buzz when it revealed a single wheel from the Toyota FT-4X concept SUV ahead of the New York International Auto Show. The thing looked chunky and mean. Immediately, people eagerly awaiting the FJ Cruiser’s successor, myself included, knew what it meant.

Then the big reveal came, along with one a huge letdown. After that, shock washed over me as I saw plenty of journalists and members of the public gush over a trail beast that doesn’t exist.

Everybody: the Toyota FT-4X is not a successor to the FJ Cruiser. This thing is more akin to the Honda Element, Kia Soul or Pontiac Aztek. If that scares you, it should.

Whenever an automaker tries too hard to appeal to millennials, but obviously didn’t consult many youths in the process, it’s painful. Toyota has been starting to get its cool back, thanks to the 86 coupe, the upcoming Supra, and the current line of TRD Pro vehicles.

Then I read the marketing materials for this Toyota FT-4X thing. Just the words alone oozed a persona that was anything but cool. When you have to mention millennials or youths every other sentence, it’s obvious the thing isn’t really for them.

Just looking at the design, you can tell this is not the Wrangler-slayer everyone was anticipating. This is a Tonka toy. It’s a cream puff wearing some cheap plastic armor, hoping you don’t notice the charade.

You May Also Enjoy:
Jeep Rolls Out Seven Concepts for 2017 Easter Safari 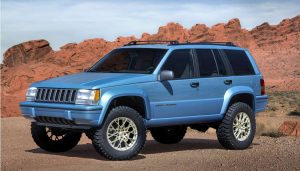 Toyota created a concept “off-roader” that’s really built to look tough sitting in front of H&M. This thing won’t get you far outside of that urban jungle millennials supposedly will never leave. I could go on, but there’s more to cover here.

In case you aren’t catching the drift, the Toyota FT-4X isn’t a real off-roader. The FJ Cruiser isn’t bad on trails. Personally, I think Wranglers, Discoveries and the Land Cruiser do better overall. But the now-discontinued SUV was respectable enough.

This FT-4X is a joke. Toyota isn’t looking to rope in hardcore off-roaders with it. Instead, it’s looking to capture the posers who want to look like they have a tough vehicle, but never venture onto dirt.

It’s similar to the mistake Toyota made with the entire Scion brand. You could say the automaker hasn’t learned its lesson.

One telltale sign this thing isn’t even remotely about capability: the drivetrain section of the press release is miniscule, with virtually no real information.

It’s supposed to be powered by a low-displacement four-cylinder engine. The concept does have a mechanical four-wheel-drive system with low-range gears. Since this is crammed toward the bottom, after paragraphs and paragraphs about wet and clean areas of the interior (real off-roaders have no clean areas), that says enough.

Like I pointed out, Toyota has some credibility in the off-roading community. The Land Cruiser is an incredibly capable trail monster, plus it doesn’t break all the time (can’t say that about Jeeps and Land Rovers). The only problem is the Land Cruiser is uber-expensive, with the 2017 model starting at $84,775.

When flashing a single wheel whips up all kinds of excitement, Toyota should pay attention. Obviously, people want an affordable off-roader from the company. There’s a fairly big market for such a thing – look at Jeep’s ongoing success.

But Ford’s looking to get in on the action with the new Bronco. If Toyota doesn’t act decisively, the affordable off-roader market will have only two real players.

Over time, the Land Cruiser will be viewed with disdain by kids. It’s so expensive, they’ll wrongfully conclude the thing’s more about luxury than capability. Those who want to hit hardcore trails will become big Jeep or Ford fanboys, and Toyota will lose their business.

Yes, Toyota, that’s right: some millennials actually venture out where cellphone signals are weak or nonexistent. They want vehicles that can get them there and back without incident. Your Toyota FT-4X fails them.

Keep assuming millennials and everyone else don’t want something beyond a “casualcore” vehicle, then wonder why Jeep is so hot. While FCA gets so many things wrong, it does understand why the Jeep brand is so wildly popular.

If you’re like me, you think the Toyota FT-4X concept looks at best like a dumbed-down 4Runner. At worst, it appears a Sienna minivan got jiggy with one of those high-tech Japanese toilets, and this was the result.

Inside and out, it’s loaded with chintzy-looking design flourishes, like kids these days only care about fake crap instead of real performance.

Millennials who actually like the outdoors should be insulted by this thing. I was insulted by the Honda Element. Here, we have Toyota making the same mistake over a decade later.