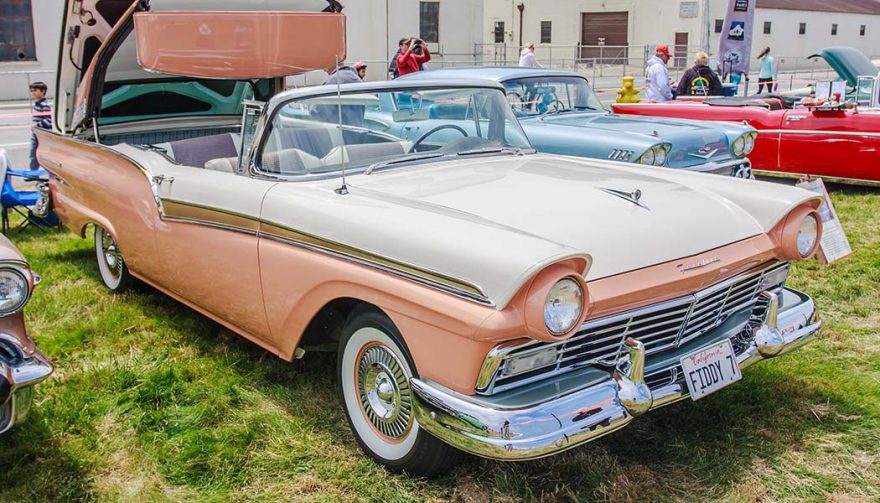 The Fairlane Skyliner’s design is still impressive considering it took another 40 years or so to perfect it.

Classic Cars with Technology Ahead of Its Time

Every once in a while, a car comes along that has technology that can change the way the world works. A car manufacturer develops a feature, a system, or even a vehicle design that obliterates the mold…and it flops.

Let’s just say there is strength in numbers and deep pockets. In several instances, new technology that had the potential to revolutionize the automotive industry was punished by bad press or bought up and shelved by big corporations. Ever heard of a catalytic carburetor?

Classic Cars Ahead of Their Time

There are plenty of examples of cars that had technology way ahead of its time, and here are just a select few.

Convertible tops are more popular than ever, with hardtop convertible tops becoming commonplace for many models, from Pontiac to BMW and Lexus. Back in 1957, however, the hardtop convertible was just being born. The Fairlane was a large car, so it had a large roof to go with it. The problem is, the rigid convertible top didn’t fold. It was impractical and bulky, and when it was folded down and stowed, fitting a pencil into the trunk was barely possible. The idea was abandoned for several decades, and when it resurfaced on other makes, the hardtop convertible top was designed to articulate and fold into the trunk or stowage area, leaving enough room for a suitcase at least. The Fairlane Skyliner’s design is still impressive considering it took another 40 years or so to perfect it.

The 1966 Jensen FF was remarkable because it was the first production car that had a four-wheel drive system not designed for off-road use. This little British number had a monstrous 6.3-liter V-8 under the hood and a 3-speed TorqueFlite automatic transmission. The four-wheel drive system had a fundamental flaw when it came to production, however, in that the transfer case intruded into the left side of the car, making it impossible to produce for markets requiring left-hand drive vehicles. The Jensen FF was destined for limited production and was exceptionally expensive compared to similar GT-model coupes. Only 321 were ever produced before production ended in 1971. On a side note, the Jensen FF was also the first production car to be manufactured with an anti-lock brake system. Two firsts for one car!

You May Also Enjoy:
Genesis Is First Car To Connect With Amazon’s Alexa 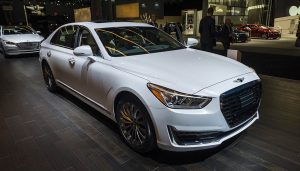 It was post-WWII and the world was ready for some innovative, new designs to inspire development. The Tucker 48 came out with fancy features never seen before, and as the company was just gaining significant popularity, they folded. The Tucker 48 had seat belts, a safety innovation that Ford didn’t introduce for another decade after, and an articulating third headlight that pointed in the direction that you turned the steering wheel. Not only were the features brilliant and safety-centered but they were in a uniquely attractive model.

The Tucker 48 came into bad press, rumored to have been started by the Big Three car manufacturers and had to fold even after the claims of stock fraud were proven unfounded in court. A car that once had an initial purchase price of $4,000 can now expect to fetch over $1.2 million – if you can find one for sale.

And you thought electric cars were new to the market…The Milburn Light Electric was originally sold in 1915 and spanned eight years of production until 1923. The Milburn was incredible, achieving 50-100 miles on a charge, which modern electric cars still struggle to attain. The electric car was quiet as well as efficient, and easy to operate unlike gasoline-powered cars of the era that had to be manually cranked. The fundamental problem that Milburn electric cars had was their top speed. Unless you ordered the 1918 Sedan that could achieve 30 mph, you were restricted to 19 mph max.

Milburn sold over 4,000 vehicles in those eight years, and General Motors swooped in and bought them up. While Milburn retained their rights to build electric cars, they quickly ebbed from the marketplace in the next few years.

It may be a touch early to consider the 1986 959 a classic, but it’s been 30 years so close enough. The Porsche 959 was essentially a race car developed for street use. It had 450 horsepower produced in a twin-turbocharged flat-six configuration…from a 2.8-liter engine. The astounding power produced from such a small powerplant put pictures of the Porsche 959 on the bedroom walls of men, women, and children alike for the four production years it was built. Comparatively, the Chevrolet Corvette built in 1986 had a 350 cubic-inch V-8 engine that produced a whopping 230 horsepower. The Porsche produced double the power from an engine half its size. Hand-in-hand with the power it produces, the 959 wrapped the speedo needle at 314 miles per hour, making racecar drivers and car aficionados weak in the knees after every drive.

While the 1999 Honda Insight is outside of the margins of “classic cars”, it is definitely worth a mention. The Honda Insight was the first mass-produced gas/electric hybrid car, and it was quite successful, except where it counts the most. The Honda Insight was amazingly efficient, achieving up to 70 miles per gallon in part due to a slightly tacky yet aerodynamic design. The technology may have been a little more primitive than it is now though it certainly was ahead of its time in 1999. A 1.0-liter gasoline engine paired with a 13-hp electric motor didn’t make headlines for its acceleration but until 2015, it held the record for the best fuel efficiency for a gas-powered vehicle. The Honda Insight was doomed from its release because of simple economics. Fuel prices were hovering around $1 per gallon at the pumps and the demand for more fuel efficient technology was dismissed. More appropriate timing literally could have changed the face of hybrid technology.