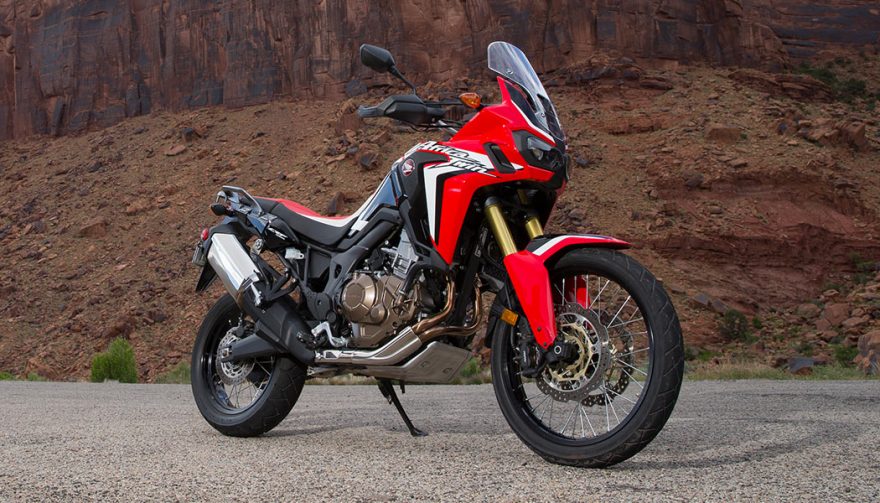 For motorcycle enthusiasts who want a little of everything, the 2016 Honda Africa Twin might be the right fit.

Honda Africa Twin: The Best of Sport and Offroad

If you’ve thought about adding a two-wheeled sport machine to your garage, you know it’s a tough choice. Do you go with a cruiser like a Harley or Indian? Do you choose the blistering speed of a Yamaha R1 or Ducati? And what about those times you need to travel down rough roads, gravel, or even want to head into the wilderness? You’re not going to buy a separate motorcycle for each use – you want one that will thrill you on all counts. A bike like the Honda Africa Twin perhaps…

Returning to the Honda stable for the 2016 model year is the 998cc CRF1000L, simply known as the Honda Africa Twin. And if you’re wondering, “Wait a minute! I’ve never heard of the Africa Twin,” it isn’t that you’re misinformed. It’s because Honda never brought the previous version of the Honda Africa Twin to North America.

The History Of The Honda Africa Twin

That’s an interesting story. It all begins with the previous generation of the bike:

In the late 80’s, Honda built the NXR-750. It was a dual-sport based motorcycle, essentially meaning it was suited to both on-road and off-road use. The NXR-750 was an amazing machine, racking up three wins of the famed Paris-Dakar Rally. You know the type – almost styled like a dirt bike, but with turn signals and a full instrument cluster.

From this awesome bike, Honda released the XRV-750 in 1990, dubbed the Africa Twin. The design was unique at the time. It was customized with protective crash bars and luggage racks. A liquid-cooled V-twin engine and long-travel suspension made the Africa Twin ideal for its purpose, both on and off the pavement.

Alas, in 2003, the Africa Twin went away. Because it never made it to North America, we never had a chance to miss its presence.

It’s a mighty bike, powered by a 94-horsepower V-twin engine. Its parallel cylinders create a compact design, allowing for more ground clearance. That’s where the true heart of the Africa Twin is evident.

It’s all about rideability. The extended suspension travel means it’s capable of handling rough terrain and rough pavement. Whether you scramble through shallow streams or ride winding mountain roads, the 2016 Honda Africa Twin is nimble and precise.

And as any motorcycle buff knows, half the fun of riding a bike is shifting the gears. At least, it used to be. The Africa Twin comes with the same six-speed manual gearbox as the CRF250R and CRF450R, and that’s no problem at all. The proven gearbox handles the performance of the much larger 998cc machine with ease.

An Automatic Transmission…In A Bike?

And then they put in a DCT. Now, bike aficionados might have a big issue with this. The DCT, or dual-clutch transmission, is essentially an automatic transmission. Some riders will feel that there’s no place for an auto trans in a motorcycle, and that’s fine; there’s the six-speed manual for them. However, new riders and those who have nothing to prove will probably find great enjoyment in the DCT gearbox.

You May Also Enjoy:
The Best Dual Sport Motorcycles Offer the Best of Both Worlds

Again, some bikers will be screaming sacrilege, but who’s to say? Honda wouldn’t have built it if there wasn’t demand for it.

Comfortable Ride In All Conditions

That long suspension travel previously mentioned is fully adjustable for wherever you might want to go. Softer for harsh terrain, firmer for smooth pavement – it’s easy to adjust. The riding position is comfortable and natural, mostly upright, and the rider can sit for hours in the saddle without fatiguing.

The weight distribution is impeccable for a bike of this nature. It’s easy for balance to be compromised when heavy parts like the battery are mounted higher up, but on the Honda Africa Twin, the battery is nestled behind the cylinders.

For those who choose the DCT gearbox model, Honda Selectable Torque Control (HSTC) allows the rider to adjust their bike’s response to the conditions. It’s also equipped with ABS. Sorry, those aren’t available on the base model.

Wondering how much you’ll pay to straddle the 2016 Honda Africa Twin? The base model with the six-speed manual gearbox will set you back $12,999. If you’re looking for the DCT automatic transmission experience on two wheels, add another $700, up to $13,699. Don’t forget to budget for those accessories that are bound to come along — the crash bars, luggage carriers, and so on.