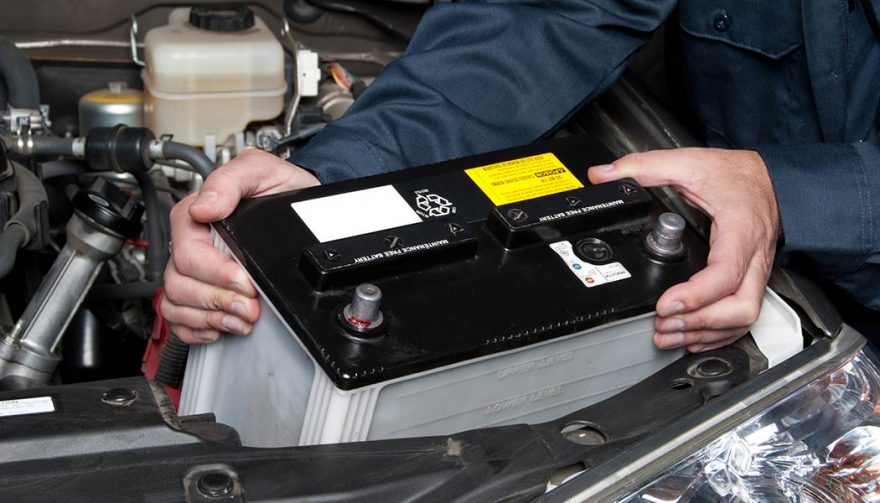 How Your Car Battery Works, and How to Keep It Running Longer

How long do car batteries last? Well, it depends. Some people seem to have good luck with batteries. Their cell phones are always charged, their flashlights always work and, yes, their car always seems to start.

On average, most resources say that car batteries last between three to five years, give or take. And that’s under average conditions. What’s that mean? Sounds pretty vague.

How long should a battery last? In former days batteries would last approximately as long as their warranties, and typically not much longer. Today, battery quality has increased and warranties seem to be shorter.

Either way instead of asking how long do car batteries last, let’s look at how to keep them running properly and what makes them run.

How to Make Your Car Battery Last Longer

Changing your car battery or cleaning the parts outside are easy car maintenance projects. Be sure you use caution, always wear safety goggles when working on, with or near a car battery.

Grime accumulates on the exterior of your battery, and that grime conducts current between the terminals, slowly draining the battery. Don’t use chemicals to clean your battery. Just wipe it with a damp rag.

Have the battery terminals removed and cleaned about once a year. Corrosion will form on them, typically the one that has the poorest connection. That corrosion hinders the flow of current. Refer to the caution above about working on your battery. Be careful.

Don’t let your car battery become overly discharged, like accidentally leaving the lights on. When a battery goes dead it loses a huge amount of chemicals from its plates.

Even though you can charge it back up to 12.66 volts (more on that number below), the battery will never have the same reserve capacity. If you have to run the lights, stereo or whatever make sure the engine is also running to keep the battery charged.

If your battery has fill caps always use distilled water to refill the cells when they get low.

The Battery Does Not Hold Electricity

Contrary to popular opinion, batteries do not hold electricity. That would be like trying to hold running water. The analogy of a battery”‘holding electricity” does not fit, except, of course, when your car won’t start.

Electricity does flow, like water running through a garden hose, when it is doing work like making a light bulb glow, powering your cell phone, or activating the starter motor of your car. The amount of flow is called current, just like the current of a flowing stream or river.

You May Also Enjoy:
Car Accessories Can Make Great Gifts 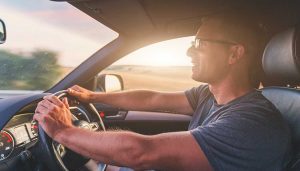 But to get the current to start flowing, and to continue flowing, requires something to push or draw it. Gravity draws water downhill, so that is the drawing force that makes streams and rivers flow. You can push water, too, like through a garden hose, with a pump that generates pressure. Either way, just as water needs a force to make it flow, so does electricity. That motivating force that makes an electric current flow is called voltage, or simply volts.

Think of voltage as pressure within the battery just waiting patiently to start pushing (pulling, to be precise) current on your command.

Technically, and you don’t have to remember this because there is not going to be a test on it, a battery is said to have a “voltage potential” because it has a potential to make a current flow.

Your 12-volt car battery has a voltage potential of 12.66 volts across its two terminals when it is fully charged. You can measure that with a simple voltmeter.

Incidentally, when your battery is half dead it will not have 6.33 volts as it would seem. A battery that is 50 percent discharged (half dead) has 12.30 volts, and a car battery that is 70 percent charged will measure 12.45 volts, all at 80 degrees Fahrenheit. Voltage reads less at lower temperatures.

So How Does Your Car Battery Create a Voltage Potential?

Now that we’ve labored through that description let’s look at how batteries are constructed. First know that electricity, when it is flowing as a current, is in fact the flow of electrons among atoms. Yes, our discussion is about to get really small.

If you remember from science class, atoms are composed of a nucleus and bits of matter that orbit (for lack of a better word) around them. Instead of a neat orbit, though, it is more like an angry horde of bees swarming around a nest, but that is beside the point. The bits are called electrons.

If you steal an electron from an atom it won’t be happy, naturally, until it gets the electron back, or perhaps steals an electron from a neighboring atom. There is no honor among atoms. They steal at will from each other.  The desire of atoms to get their missing electrons back is powerful, supposedly the most powerful force in the universe, or so I’m led to believe. I never was into quantum physics.

But that power is what makes up electricity, and as electrons flow from one atom to the next (like a relay race) through copper wires they do amazing things. The moving current of electrons can create a magnetic field, and that magnetic field is what powers many of your car’s devices. Or the electrons can meet with resistance, which they don’t like, which makes them generate heat. That heat is what makes your car’s seat warmers, mirror defoggers and rear window defroster work.

Now, to create the force necessary to get all that current into motion, a car battery is made up of a series of plates, arranged like a loaf of bread cut into slices. On either side of the plates chemicals are bonded on, and the entire assembly is submerged in a bath of acid. The action of the chemicals in the acid bath (yeah, it sounds horrible) is what generates the force that we have now learned to call voltage.

Why Do Batteries Wear Out?

Simple. A tiny amount of the bonded-on chemicals fall off the battery’s plates every time it is used, like when you turn the key. A little more falls off, too, continuously as the car runs and is driven. Eventually the battery becomes steadily weaker because of the harsh diet of chemicals falling off the plates.

To make it even worse, the fallen chemicals accumulate in the bottom of the battery, causing a bridging effect among the plates. That bridge continually draws a little current, which, of course, drains even more chemicals off the plates.