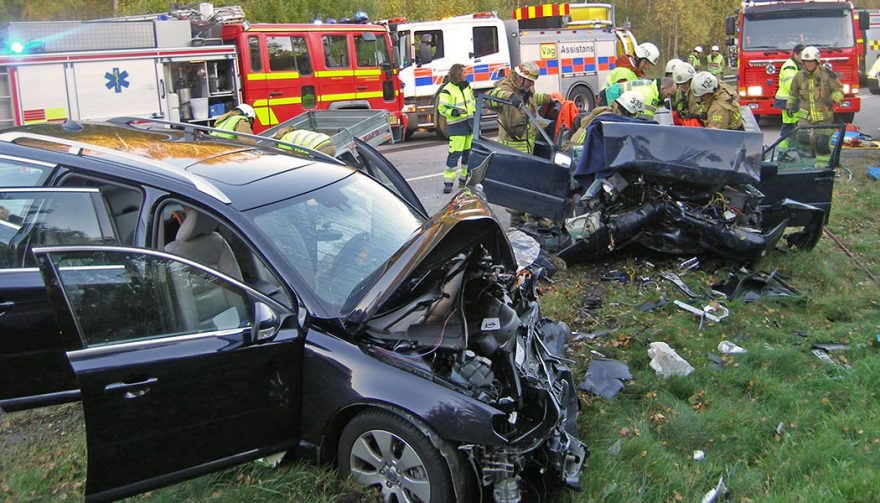 Introducing a new automotive safety measure with dangerous side effects is not done intentionally, but it has happened.

The Irony of Automotive Safety

Everyone is interested in automotive safety. Being in a serious wreck or even having a close call can really change you. The same can be said for anyone who’s had a loved one seriously hurt or killed in a crash. A person might think that there can’t be too many safety innovations packed into a vehicle.

While this is an understandable reaction, there is an irony inherent in the pursuit of greater automotive safety. Sometimes, innovations actually create some unintended consequences. Introducing a new safety measure that has dangerous side effects is not done intentionally, but it has happened.

Is Automotive Safety a Double-edged Sword

What happens after engineers and the public become aware of the new unintentional risks created by an automotive safety technology? More “innovations” are developed. This adds to the complexity and cost of each new car.

The big question is: By loading cars up with an increasing amount of safety equipment, are we really protecting people any better?

Airbags instantly inflate, creating a soft layer between people and the things that could injure them. Sounds great, but in practice airbags can be a huge hazard.

The most obvious and horrifying example is the Takata scandal. Thanks to poor design, the airbag inflators can explode into a shower of shrapnel. This sends numerous sharp pieces of metal straight into the occupants of the vehicle. It literally is a betrayal of everything an airbag is supposed to do.

In one of the fatal Takata airbag cases, first responders thought a woman had been slashed violently by an attacker wielding a knife. There are still millions of vehicles that need new inflators. Countless people are put at risk every day.

Even before the Takata incident, quite a few people had been injured by airbags. For example, front passengers resting their heads against the side window have been hurt when the curtain airbags deployed. Honda has created airbags that don’t inflate completely if a person is in the airbag pathway. Other automakers have not yet addressed this risk.

It used to be that rolling a car over came with an even bigger, scarier risk: the roof could literally collapse and crush you. To address these weaknesses, automakers have been using high-strength steel in the roof structure.

The material not only is stronger, it is thinner and lighter. It sounds like the ideal solution, but high-strength steel has caused a new problem.

Firefighters want to use smaller and lighter tools. These tools are easier to maneuver when dealing with a messy crash aftermath. The increased usage of high strength steel, added to the use of more layers of materials in general, make cutting through the various parts of a car much harder. This means choosing between using bigger, heavier tools, or paying a large sum for smaller, lighter ones that can still do the job.

Fire departments and other agencies that aren’t well-funded might find the cost too steep. Anyone who gets into an accident in those areas is put at risk. A slower rescue could be the difference between life and death in some situations.

That’s not all that first responders have to navigate with new automotive safety technologies. They must also take into account seatbelt pre-tensioners and airbag inflators, which can both go off like tiny bombs if cut into. Rescuers are constantly lagging behind the technology. It’s a constant effort to learn ways to safely cut into cars and extricate crash victims after the fact.

The Problem of Visibility

Does it ever seem like drivers are unable to see out of their vehicles when backing out of a parking stall or driveway? It’s definitely a problem, and one that’s been fueled by concerns about roof and door strength. Newer vehicles have thicker roof pillars, which also accommodate curtain airbags. The inclusion of impact beams, plus tougher pedestrian safety standards, mean the beltline, or the line that goes from the end of the hood to the trunk, has been markedly raised.

The result of these safety changes has been less visibility for the driver. After all, thick roof pillars are excellent at keeping you from seeing a small car, cyclist or pedestrian that’s approaching. A driver might reverse or change lanes thinking the coast is clear. With the higher beltline, it’s more difficult to see lower vehicles.

One of the big answers to this problem has been the charge toward mandating rearview cameras. All new cars in the United States must have a rearview camera standard by May of 2018. Was such an innovation necessary back when vehicles had skinny roof pillars and expansive windows? Not really.

Ironically, there’s a problem with rearview cameras: the lens can be obscured by water, dirt, ice, etc. If the driver can’t see anything through the video feed, the technology is momentarily useless. Ford has been working on a new lens coating that will keep the view clear under all conditions.

Are We Really Better Off?

You really have to stop and think about the irony of the situation. If we are creating new dangers that we must protect ourselves from, are we really making vehicles any safer?