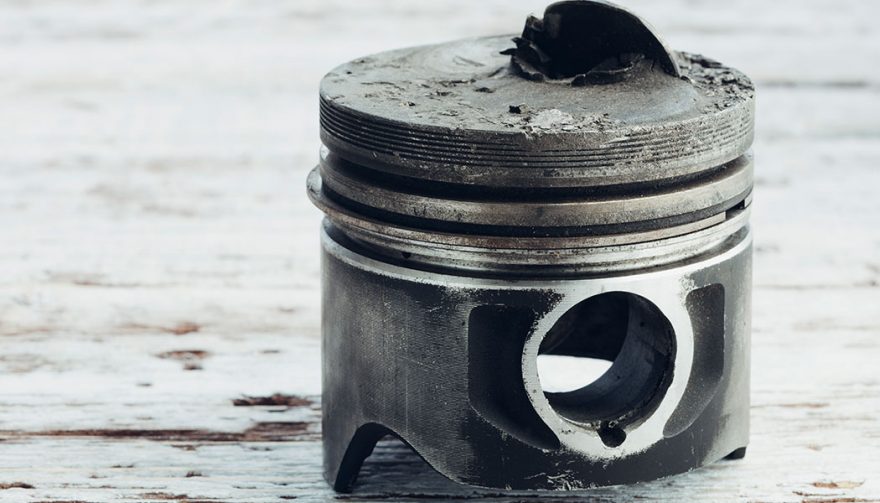 Low-Speed Pre-Ignition: What Is It and Should You Be Concerned?

Engine knock is a nasty but well-understood phenomenon that can turn your engine and wallet inside out. Knock has been around for ages. It is familiar, recognized and even predictable. But that is definitely not the case with a new automotive phenomenon, low speed pre ignition.

Low-speed pre-ignition, or LSPI, is engine knock’s mysterious little brother. Engine knock and LSPI, also known as stochastic pre-ignition (SPI), are very similar, but there are some key differences.

An engine utilizes the energy from numerous tiny explosions that happen many times per minute. For this to work properly, a number of things have to occur very very quickly, in perfect order, with impeccable timing. It’s all about perfect control over the little explosions.

With engine knock and LSPI, both involve an uncontrolled explosion that happens at the wrong time. Engine knock typically occurs at higher revs or when the engine is working hard. Low-speed pre-ignition tends to happen at low engine speeds and higher loads where high fuel efficiency is obtained. Both can cause damage or ultimately ruin a car’s engine.

Low-speed pre-ignition occurs in small-displacement direct injection turbo engines. These engines are being used more and more today because of their improved power and fuel efficiency. Which means it is all the more important we learn as much as we can about low speed pre ignition.

You May Also Enjoy:
How to Change Your Car’s Fuel Filter 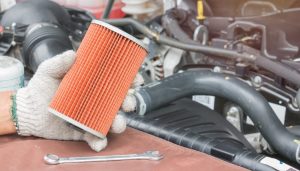 When LSPI occurs in an engine, instant and total engine failure is possible. The scary thing is that automotive engineers aren’t even totally sure what causes it, though they know it’s tied closely to certain operating ranges of small, turbocharged and direct-injected engines.

Experts are studying low speed pre ignition, and its relationship to fuels and lubricants and engine design. Scott Lindholm is one of those experts. He’s the global product application specialist for Shell Lubricants, based in Detroit.

Through a process called “co-engineering,” Lindholm conducts fundamental research with a team of scientists, as well as automakers, to reach common understandings and solutions to problems like LSPI.

Recently, we sat down with Lindholm to talk about low-speed pre-ignition. Here’s what he had to say.

Are there any theories behind LSPI?

Well, we do know that we don’t know what causes it, but one theory is that small, hot oil droplets are thrown off the piston rings at top ring reversal, presenting a possible ignition source other than the spark plug.

What are the main differences between LSPI and well-known engine knock?

They are two distinct events, caused by two different phenomena. Typical knock can be controlled by fuel octane and spark-timing, and is very predictable.

LSPI is still not well understood, and can occur very randomly. LSPI occurred in early turbocharged gasoline direct injection (TGDI) engines, and the randomness of the occurrence, and the severity, can lead to engine damage. It is much more severe than typical knock.

How common is LSPI?

It is common,  in the sense that essentially all TGDI engines can experience LSPI, though it is being controlled by careful calibration of operating parameters by the OEM to avoid the conditions where LSPI likes to occur.

So it is, and has been, a real field event that can be reproduced in the laboratory under careful supervision.

The effect of LSPI can be heard as a loud “bang,” which most would describe as a “super” knock. However, due to the timing and severity of some of the events, engine damage has been noted.

LSPI leads to much higher cylinder pressures than traditional engine knock, up to 200 bar or even higher. Piston tops can crack, rings can break and scuff the liner, and cylinder head cracking is possible, too. We’ve actually seen parts of the piston lodging between the top of the piston and the cylinder head.

That sounds scary. Would you buy a car with a TGDI engine knowing what you know about LSPI?

OEM’s have a good understanding of the operational conditions that can result in LSPI and program their engines to take mitigating action to avoid those conditions.

Engine calibrations are very complex and exact, and OEMs have a thorough understanding of what engine conditions can cause damage via LSPI (or other conditions), so they make sure that those conditions are avoided.

If we understand LSPI better, can engines be designed to be even more efficient?

That is the objective. First, we want to make sure that the motor oil provides all the protection against low speed pre ignition possible.

Next, if these motor oils become prevalent in the market, it is conceivable that OEMs can then begin to become more aggressive in their calibrations to provide a larger operating window, perhaps improving fuel economy.

Are new oil designations being developed to help prevent LSPI?

First, GF-6 is the next industry engine oil specification that has been under development for years. It is due to be introduced in the next year or two, and incorporates a number of tests that measure motor oil performance characteristics such as sludge prevention, deposit protection, fuel economy, anti-wear and now LSPI, along with other performance parameters.

SN PLUS has been proposed to add LSPI protection to the existing SN oil category.

Even though we don’t know the exact cause of low speed pre ignition, we do know that oil formulation can help reduce or eliminate it in the tests we have now.

So, we will continue to research the exact chemical and mechanical mechanisms that cause LSPI in order to better understand and hopefully eliminate it for our OEM partners, and ultimately the consumer.