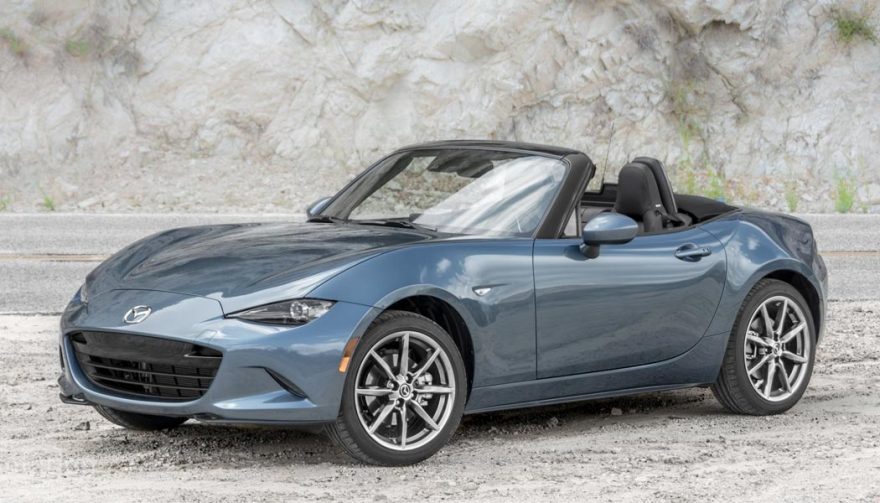 Mazda MX-5 to Come with Optional Retractable Hardtop for 2017

Just a day before the doors open at the New York International Auto Show, Mazda introduced the MX-5 Miata RF to the world. The MX-5 Miata RF is a power folding hardtop variant of the popular MX-5 Miata roadster, of which the most recent revamp was released in 2016.

The initials RF stand for “retractable fastback”, which is the hardtop that nestles into space just above the cargo area when it is fully opened. The action is a little unique and the styling is somewhat curious when the top is put down.

It takes all of 12 seconds to retract the roof or put it back up. Mazda reports that it moves at a speed of 6 miles per hour, so don’t get in the roof’s way as it’s going down or up. When you start the process to let the roof down, the rear window retracts down, and the rear buttresses or pillars lift up. The roof retracts into its pocket under the lid, then the buttresses close back down on top.

What that leaves, when the roof is opened, is a hoop behind the driver and passenger, almost like a roll bar. The “roll bar” is dressed in a sleek, glossy black that minimizes its appearance, but it still stands out.

Unlike most convertibles that are open all around and above the occupants, the MX-5 RF still feels a little like a coupe with a sunroof, albeit a large sunroof. In essence, the RF variant’s roof can be considered a targa top. 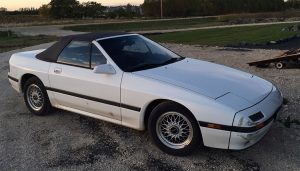 The rest of the Miata MX-5 RF remains virtually unchanged from the standard model Miata. It will continue to use the 2.0-liter Skyactiv 4-cylinder in North America and the 1.5-liter Skyactiv engine in European markets.

Mazda’s previous generation of hardtop convertible received a warm reception especially in colder climates where canvas or fabric roof systems simply aren’t warm enough for year-round use. The hardtop model insulates much better against not only weather but sound as well, making it an attractive option.