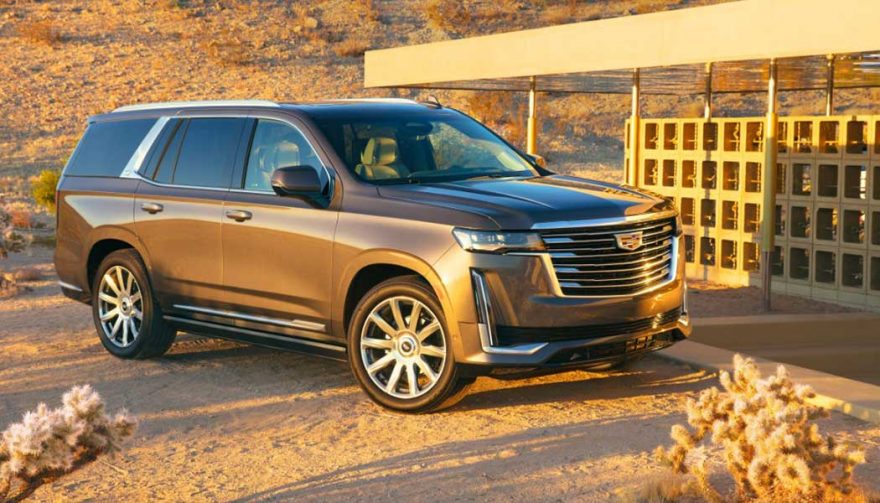 The engineers at Cadillac may have been shooting for a luxury SUV that would set a new gold standard for the class, and we think they did that, but they got a little carried away. They loaded this car with technology and “gee-whiz” components, and turned it into an old school E Ticket ride, a designation reserved for Disney’s finest attractions.

The new Cadillac Escalade 2021 is a monster, and we mean that in a good way. It is massive, dominating all the traffic around it and weighing up to three tons. It has a more shapely, sophisticated, less shmaltzy chrome exterior, and an interior packed with upscale gadgets and goodies that make it a memorable driving (or riding) experience. If you see the massive black grill in your rearview mirror it will make the hair on the back of your neck stand up in awe.

The 2021 Cadillac Escalade is not the best handling, nor fastest, or even the smoothest ride in the luxury SUV class, but it is full of thoughtful features and unique passenger experiences it has to be a favorite. Of course, at a starting cost of about $75,000 and topping out north of $109,000, you expect something special out of your ride, and it delivers.

You are not going to miss this ride on the street. We have already said it is massive, but to get specific, the Escalade ESV is 227” long (17” longer than 2020), rides on 22” wheels which contributes to its 70” height, and has a width of 81”, almost all of which is used up by the huge, textured grille on the front end.

The profile is impressive. A neat metal work design gives the impression of fender flares around the wheel wells. The 22” wheels have a custom look and finish. You can’t see them, but the Escalade has running boards to make entry and exit a breeze. The running boards deploy when a door is opened and automatically retract when the door is shut.

Several luxury brands offer a light show when you approach the vehicle, but the Escalade’s is impressive. The horizontal LED headlamps and distinctive vertical daylight running lights will wink at you. And if you approach from the rear, the brake lights, rear backup lights, and vertical LED taillights than run nearly the entire height of the rear hatch put on a synchronized light routine.

Now let’s assume you are approaching from the rear with your arms carrying a case of Cristal champagne ($2,600) and you want to place it in the cargo space at the rear of your Escalade. As you approach, the Caddy will go through its light show, but it will also project a Cadillac logo on the parking light under the bottom right edge of the hatch. Why?

Well, the logo marks the spot where you put your foot, activating the automatic hatch opening feature. It is little things like the logo projection that reminds the owner on a regular basis that they own something special. 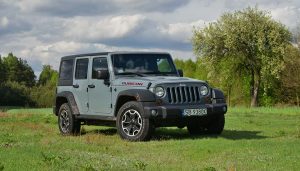 The Escalade is a handsome ride, but it is the interior that delivers the “wow” factor. The first thing that strikes you when you glance inside is how capacious this three-row ride really is. And if it is equipped with a panoramic sunroof, you might think you are boarding a luxury party bus.

The Escalade has all of the standard luxury accoutrements: leather everywhere, fine stitching, upscale fabrics and soft touch material, ventilated and heated seating, memory settings, and tons of leg and headroom for every adult passenger (even those in the third row). But the Escalade goes way beyond the “standard luxury” features.

In fact, there are too many to mention here so we will just stick to the seriously outrageous.

The 2021 Cadillac Escalade made a significant improvement in its ride by replacing the rear solid axel with a multi-link suspension. This not only gave third row passengers a smoother ride, but more headroom as well. Under the hood, a naturally aspirated 6.2L V8 engine that generates 420hp and 460lb-ft of torque mated to a smart and smooth 10-speed automatic transmission.

While it is unlikely you will see an Escalade towing an Airstream Travel Trailer, it does have a towing capacity of 7,500 pounds. The Escalade comes as a rear wheel or on demand four-wheel drive giving it a modicum of off-road capability.

What really counts though, is that this monster steers and brakes like a car, not a bus. It does not intimidate the driver, meaning anybody can drive it despite its size. It is not a speedster, but it can get to 60mph in 6.2 seconds, which is more than adequate for onramps and passing. As you might expect when you use 6,000 pounds of metal to move a 180 pound driver, gas mileage is not a bragging point. The Escalade has a combine average of 17mpg.

If you are in the market for a luxury SUV, you have to at least tour the 2021 Escalade just to see what’s possible. You won’t be sorry.