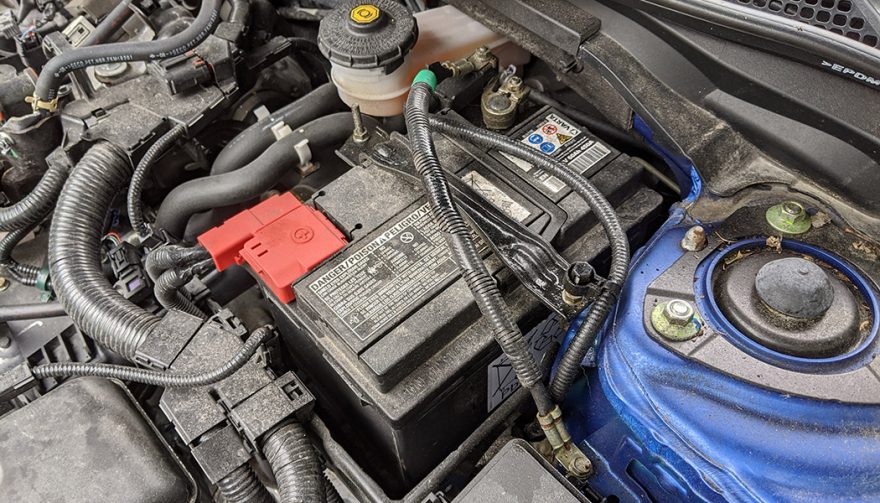 If you’ve experienced problems with a dead or dying car battery, you know what kind of chaos can ensue when such a small thing doesn’t work right. After all, your car needs electricity to start the engine and do other things like use keyless entry, and the battery is the storage device for electricity, so you can’t have the battery not working correctly. Unfortunately, most people wait until their car will no longer start before they even think of getting a new battery. Hopefully, you’re not in that situation, because being proactive and buying a new car battery before your current one dies helps you make a more level-headed decision.

Under normal conditions, a car battery will last about three to five years. It’s key to have the battery tested once a year, especially before you head out on a long road trip or before the weather gets cold. Knowing this not only should help you to not be stranded somewhere, but also allow you to avoid being forced to buy whatever new car battery is available where you are and at a price that’s less than fair.

The first thing you’ll need to determine when shopping for a new car battery is what type you want to install. Many people won’t really put too much thought into this, especially since their purchase will be driven largely by cost, which is fine. However, there are some factors that might drive you to consider a more expensive option because it provides a real benefit.

Your run-of-the-mill car battery is a heavy box containing lead plates floating in diluted sulfuric acid. As the plates and solution react to each other, electrons are shed and flow through the battery terminals, then through the wires attached to them and on through the car’s electrical system. For most people that design will be sufficient.

A modern design, absorbent glass mat or AGM batteries are quite different. There are fibreglass mats submersed in the sulfuric acid. Lead plates create a sandwiched design and since there are fewer of them, this kind of battery is considerably lighter. Other benefits come with an AGM battery, in particular its ability to deliver and accept a charge better. They’re also tougher than traditional batteries, so in vehicles where vibration and other shocks are more common, like off-roaders, the extra cost comes with more reliable performance. However, for most cars, this is an unnecessary upgrade.

Just like with tires, you need to purchase the correct battery size for your car or you could run into problems. This will ensure it fits in the space allocated for the battery and under the securing strap. The group size for the old battery will be on the label.

The number indicates the size battery you should buy for the replacement. There might also be a letter after the number, which indicates the positioning of the terminals on the battery. You must find a replacement with the same number and letter.

You May Also Enjoy:
Performance Tires vs. All-Season Tires: Which One is Best for Your Ride? 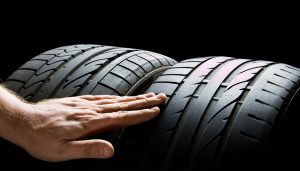 Another factor you have to take into consideration when buying a new car battery is the required cold cranking amps or CCA. This number represents the battery’s ability to provide the kind of power necessary to start the engine. It is always measured in amps the battery can supply to the alternator for 30 seconds with the ambient temperature at 0 degrees Fahrenheit.

Some people think the number of volts in a battery is what makes it stronger. All modern cars use 12-volt batteries. The number you need to be paying attention to is the number of amps since that indicates a battery’s strength. Never buy a new car battery with a lower CCA number than what’s listed on the factory-installed battery, unless you want to be stranded when things get chilly out.

Like a lot of things, batteries are best purchased when fresh, otherwise, they start losing their ability to store as much electricity. If you want the best performance possible from a new car battery, you need to ensure it’s less than six months old.

Most people don’t know how to tell how old a battery is. There’s always a sticker placed by the manufacturer on the top or side of the battery, although some brands engrave it into the battery cover. Two different formats might be used to indicate the date the battery was shipped: numeric or alpha-numeric.

A numeric battery code usually starts with the month, then a dash, followed by the final number from the year. For example, a battery shipped in May of 2019 would have the code “04-9.”

Alpha-numeric codes also lead with the month, only it’s represented by a letter: A = January, B = February, etc.

Just like other consumables for cars, like tires, batteries come with a manufacturer’s warranty. They typically range from 12 to 72 months. If you’re concerned about your battery giving out too early because of bad experiences in the past, you might enjoy the peace of mind of having a longer warranty. Just know that the longer the warranty, typically the higher the price of the battery.

Always read the fine print on the battery warranty. It can involve a full replacement if the battery fails within a certain period of time, meaning you don’t have to pay anything for a new battery. It might also have a pro-rata period where you get a discount on a replacement battery if yours fails during that period of time. There might even be a combination of the two, with the pro-rata amount changing as the warranty ages.

After you invest some money into your car battery, you don’t want to be back shopping for a new one anytime soon. There are some things you can do to help prevent that.

Avoid starting your car, moving it a short distance, then shutting it off repeatedly. Every cold start consumes a considerable portion of the electricity stored in your battery. The way to replace that is to run your car for a while and let the alternator recharge the battery.

Also, periodically check the terminals on the battery for corrosion. You can remove any using a wire brush, ensure optimal electrical flow into and out of the battery. All of these things will help you not just when shopping for a new car battery, but once you’ve gotten it installed as well.