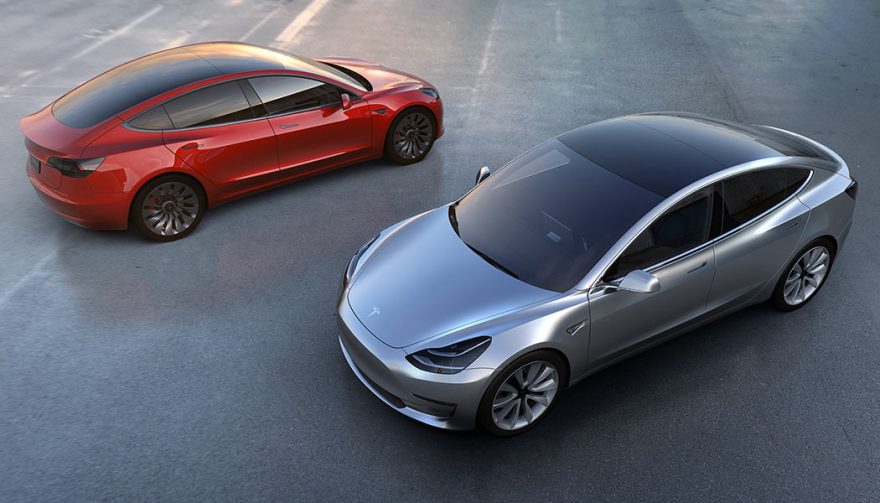 Feast or famine: Tesla Motors is strapped for cash as the company tries to boost production.

Thanks to an almost perfect storm-type scenario, things are about to change for Tesla Motors in a big way. The fanboys will cry foul, but the company is facing some rather harsh realities.

First off, Tesla Motors will have to start playing by the same rules as its rivals. Until now, the automaker has been exempt, but that’s coming to an end. Excuses about not making a profit in the name of being innovative is also coming under big scrutiny.

In the end, as Tesla Motors is forced to act like an automaker and not a tech startup, will the media treat it as a favorite darling? All those special “magical” qualities that have bedazzled people will be gone, and ultimately we will have another American automaker that’s no better or worse than at least a few competitors.

Even if you’re not a fan of Tesla Motors, you have to admit that its rise in the market has been impressive. After all, how often is a new automaker established that actually brings cars to the market? Many dream of selling vehicles, but Tesla has put a fair amount in consumers’ driveways. They have actually recently outsold both BMW and Mercedes in total luxury sedan sales!

What some critics seem to miss is that Tesla Motors does embody American ingenuity. Instead of the Germans or Japanese figuring out how to build a bunch of electric cars that look great and can be charged relatively quickly, a company based out of California did it. Americans should be proud of that fact, even if Elon Musk wasn’t born here.

This isn’t to say Tesla’s not without some faults, because it most certainly isn’t.

Ludicrous to the Extreme

Not too long ago, everyone was abuzz about a new feature from Tesla called Ludicrous Mode. While the name sounded funny (Spaceballs, anyone?), the raw burst of acceleration this innovation provided impressed many. When a video of a Model S smoking a Dodge Challenger Hellcat hit YouTube, popular opinion was that virtually no car could be faster than a Tesla. The cars were called ultra-innovative, like spaceships on wheels.

When you really think about it, Ludicrous Mode is an ironic name. As Porsche has pointed out, the technology only provides a temporary uplift for acceleration. It doesn’t boost any other performance aspects of the car, like the suspension, brakes, etc. I guess you could say it lines up with the typical American attitude that only straight-line acceleration matters. But Tesla’s supposed to be a different kind of automaker.

When the Porsche Mission E finally hits the market, the stark difference in all-around performance should be clear. Engineers at the German automaker have said they’re focusing on all aspects of the car’s performance, crafting an EV like no other.

Porsche does have a long history of technological innovation, including its revolutionary 959. The media didn’t fawn over the car at the time, even though its design influenced vehicles for at least the next two decades.

Other European automakers are also working on EVs which should be compelling. Even though it might not have an amazing range, the current BMW i3 contains some impressive manufacturing techniques that promise to change the industry, but no mainstream media outlets go on endlessly about that vehicle. 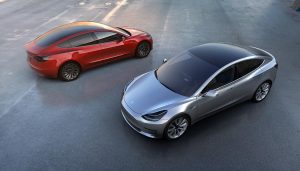 Plain and simple, other automakers cannot operate like Tesla. The media loves to criticize “traditional car companies” for their lack of commitment to EVs. In reality, making electric cars is not currently a cash-generating activity. Traditional automakers actually have to turn a profit to stay alive and keep investors, as well as banks, happy.Feat

For some time, Tesla has been able to operate more like a tech startup than an automaker. It could dip deep into the red, yet still get plenty of loans and raise cash easily through stock sales. But times are changing, and soon enough Tesla will have to start playing by the same rules as everyone else.

Both Goldman Sachs and Morgan Stanley have stopped both praising Tesla and recommending the automaker’s stock. This comes at a time when Tesla is strapped for cash, ramping up to churn out the Model 3. The more affordable EV is super-critical for the company, because it would prove that Tesla isn’t just a niche brand.

In the past, people have argued that Tesla is “investing in the future” by pioneering groundbreaking technology. It was an excuse for the company to not turn a profit. More people are now realizing that Tesla just plain isn’t profitable. Other, larger automakers such as Porsche spend proportional amounts on R&D, yet they seem to generate enough cash to stay afloat.

The double standard by which Tesla has been living seems to be going away. While other automakers have struggled to build profitable EVs, which has limited their growth in that area, Tesla is going to face the same consequences.

Franchised Dealers Or Not?

Let’s face it: we all hate going to car dealerships. It’s like going to the dentist. Even though we know it’s necessary, we still dread it.

Tesla has tantalized people by promising them a new way of buying cars, one in which dealerships aren’t needed. After all, you can buy a shirt online, so why not a car? No matter how much Tesla fans try to say that buying a car is like buying a shirt, it just plain isn’t.

Originally, dealerships were created so automakers didn’t have to deal with the headaches and costs of running retail operations. The sheer cost of Tesla continuing to sell vehicles directly will be considerable, especially when added to the other financial pressures the company is facing.

Admittedly, dealers have been engaging in protectionism in many states. They’ve taken the original dealer franchise laws, which were designed to keep manufacturers from competing against their franchised dealers by selling direct to consumers, and turned them into something else. Limiting or banning all direct vehicle sales, even if a manufacturer has no franchised dealers, is going too far.

This legal issue is climbing through the court system in the US. The most recent round has been fought in Michigan, where Tesla tried to argue its selling directly to consumers was a “dealership.” That claim was shot down, and the company has now sued. Likely the Supreme Court will get one of these cases, and it will probably favor Tesla’s approach. But with the financial responsibilities of selling mass amounts of vehicles through a direct model, it could be a hollow victory.

This latest legal battle is silly, on Tesla’s part. The cash used to duke it out with the state of Michigan is desperately needed elsewhere. Besides, Musk has admitted before that Tesla may need a dealer network in the future. The logistics of selling, shipping and servicing tons of Model 3s could easily prove to be overwhelming in a hurry. We shall see.

Eventually, Tesla will be like other automakers. Will it still be the media’s darling then?

Steve Jobs, a highly respected icon in Silicon Valley, once said, “Real artists ship.” In other words, the proof is in the product, not just in visionary talk and big claims. Jobs delivered big with hits like the iPhone, revolutionizing how we communicate today.

The fact is, Tesla has a bad track record when it comes to shipping products. Musk is notorious for not being punctual. The Model S was delayed several times. The Model X came to market over two years after it was promised. It’s a miracle the reveal even for the Model 3 started relatively on time, because other reveal events have been delayed by hours.

Will Tesla Motors launch the Model 3 in late 2017 as it has promised? Chances don’t look good, to be honest. Even if it does hit the streets on time, Tesla is notorious for big problems with its new products.

An especially embarrassing example is the falcon wing doors for the Model X. First, there was a big fallout with a parts supplier, which was blamed for holding up production by not making the doors to Tesla’s supposedly exacting standards. When the SUV finally hit the market, it didn’t take long for owners to complain the doors wouldn’t react to inputs, or would open and hit people.

Tesla’s solution seems to have been to turn off some of the advanced sensors that help control the doors. As a result, at least one YouTube user has shown how the doors will slice through a vegetable, without stopping. Imagine what they could do to a child’s fingers. Instead of truly fixing the problem, in an ironic twist Tesla Motors has decided to make the doors less advanced.

What kinds of imperfections will the first wave or two of Model 3s have? How much will it cost to correct the issues, considering the high sales volume so far?

For the most part, the mainstream media has ignored the Chevy Bolt EV. While it might not have all the sexy pizazz of a Tesla, it’s available in the real world for a great price. Range is impressive, and reviews of the Bolt EV have been glowing.

The Bolt EV is just one important example of what’s to come. As other automakers jump into the EV arena more, Tesla Motors won’t look as attractive. It’s easy for the California company to look good with no true rivals, but the industry is about to catch up.

Tesla Motors needs to realize the honeymoon period with the media and public is about to end. Making excuses about not turning a profit won’t cut it anymore. The company will be considered as are all other automakers – it will be harshly judged for bringing products to market late or deploying half-baked technologies.