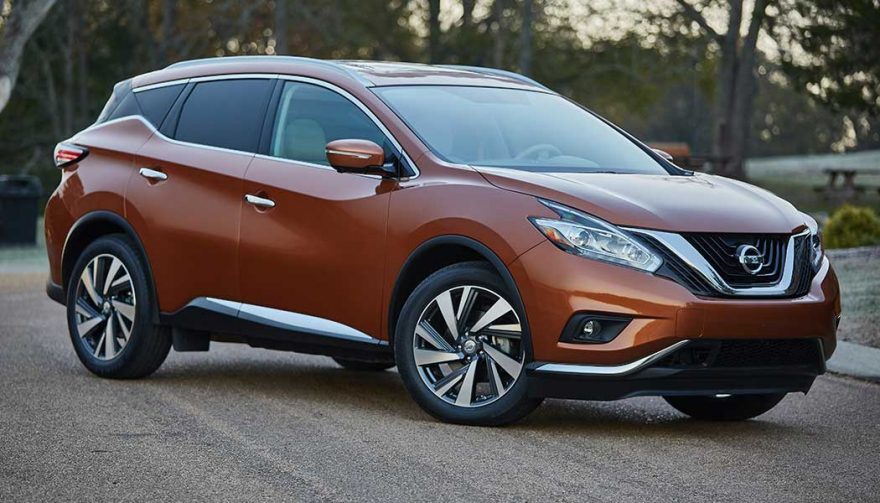 Luxurious and well-equipped, why is the 2017 Nissan Murano undersold?

Is the Nissan Murano the Real Deal?

As far as the midsize sport utility market goes, the Nissan Murano doesn’t even crack the top 10 in sales numbers. And when I went to the local Nissan dealership to drive some of their hot new vehicles, the Murano didn’t register on my radar – not even as an afterthought.

Prompted by a sales manager to check it out, I reluctantly agreed to go for a quick drive in the 2017 Nissan Murano.

Getting to Know the Nissan Murano

I got the keys to a Platinum trim level vehicle. For those unaware, that’s the top end of the Nissan spectrum. As I walked up to the Murano, I recalled the manager’s comparison to the Lexus RX lineup. And visually, it’s quite similar. Sure, they look vastly different, but both have striking features and are a beautiful presence in any parking lot or driveway.

After unlocking the door with the Intelligent Key in my pocket, I slid into the driver’s seat. I was still under the impression I’d zip around the block and move to another Nismo-package vehicle for a drive. I adjusted the mirrors and was somewhat critical of the poor visibility through the back window. The rear headrests intrude into the view.

You May Also Enjoy:
Juke Nismo RS: Fun to Drive, But Is It Practical? 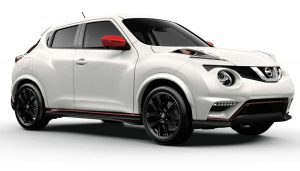 When I finally fired up the engine, settled in and looked around, though, I began to warm up a little. Maybe it had a little to do with the heated steering wheel and toasty heated seats on a chilly autumn day. Or, more likely, it had to do with the Murano’s sharply styled and comfortable interior. The graphite leather and brushed aluminum are clean-looking and might look clinical if it wasn’t for the sweeping curves and accents.

The driver’s area feels like a cockpit with the bright, easy-to-read gauges and the well-labeled buttons around the NissanConnect 8-inch center display. Unfortunately, the steering wheel looks cluttered with buttons that take a few minutes of discovery to sort out. Best do this in the parking lot, not on the road like I did.

On the Open Road

Becoming impressed but not quite sold, I threw the CVT transmission in gear and headed for a trip around the block. It took only a moment to decide a longer drive was in order. The 260-horsepower 3.5-liter V6 leaped to life with the first acceleration, and I was hooked. The cabin is so quiet that you only hear a whisper of the exhaust winding up. You can find yourself speeding with ease.

I know it’s equipped with a CVT transmission. On the test drive, though, that thought didn’t cross my mind until I took inventory. Earlier CVT trannies, especially in Nissans, had an unpleasant whine and were quite laggy. This one feels nothing like the previous generation. It’s immediately responsive and quiet. It pulls through the “gears” right up to highway speed consistently and without hesitation. Good job on this improvement, Nissan.

As the Nissan Murano wooed me, I headed for the highway. I didn’t want to leave the seat quite yet. I fiddled with some of the functions the Platinum trim is equipped with. The Bose audio is bright and balanced. It doesn’t feel loud until you try to talk over it. Then you realize the clarity hides the feeling of loud volume somehow. I tried out the Intelligent Cruise Control, Nissan’s version of adaptive cruise. As a first-timer, I was hesitant to get too close to traffic to test its operation. My right foot hovered over the brake pedal until it proved that it would adjust its speed. Even then, I was on high alert. I assume you learn to trust your Murano after a bit of time.

I also discovered that the clutter on the steering wheel was quite necessary. Audio controls, cruise functions and the 7-inch instrument panel screen were all quite easily controlled once the layout was learned.

After nearly a half hour on the road, I reluctantly headed back to the dealership. Parking the Murano back in its spot, I discovered the Around View Monitor. With a short beep once in reverse, a birds-eye view of the Murano came up on the navigation screen. Convex image cameras show a real-time view of your vehicle using cameras on the side mirrors, the backup camera, and a camera on the front grille. It’s strangely easy to use, and at that moment I completely forgave the shortcoming of the view through the rearview mirror.

Bang for Your Buck

I left my 2017 Nissan Murano Platinum experience perplexed. I thought there must be a reason that the Murano isn’t higher on the sales list. Could it be overpriced for its segment? Or is it poorly reviewed? I spent a few minutes checking that out.

As the owner of a 2011 Mitsubishi Outlander GT with AWD, the Murano blows away the features list for a modest increase in price. It has a more comfortable interior including front and rear heated seats, front ventilated seats, a heated steering wheel, and an impressive panoramic sunroof. It’s by far more refined in appearance and feel, and while it doesn’t have a third-row seat, the Outlander’s is nearly unusable.

Compared with the Lexus RX, the Murano may be slightly less refined. Lexus has a way of bumping up the driver’s experience, and the Lexus nameplate adds its own prestige. However, in the midsize SUV market, the luxury value definitely sways towards the Nissan Murano Platinum. As tested, it rings in at the $40,000 USD price point. Similarly equipped, the Lexus RX 350 breaks the $50,000 threshold. The Mitsubishi Outlander I’m familiar with – well, it’s less expensive at $35,800, but it gives up a ton of features for only a little coin.

So my question is still unanswered. Why is the 2017 Nissan Murano undersold? It’s luxurious and very well equipped. It’s fun to drive and functional. It looks great. And best of all, it’s priced well to compete in the segment. I was truly surprised at the Murano experience. I am actually considering it as a replacement for the Outlander.