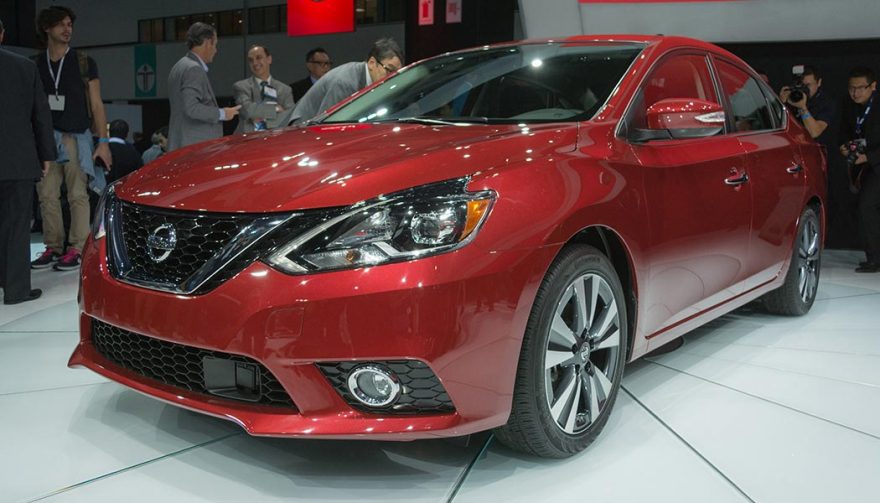 The 2016 Nissan Sentra grabs your attention with just a little swoosh in the body line.

It’s not an easy feat to make a name for yourself when you have to compete with the likes of the Honda Civic and the Toyota Corolla. Civic and Corolla – those are two of the most widely-known names in the auto industry when you look at top sellers and performers. That doesn’t typically leave a lot of room in the segment for other competitors…unless you target the people who would normally buy those two.

That’s what Nissan did for the 2016 Sentra. They retooled their lackluster compact car and drew a bullseye on the competition, aiming to be better in every category. What resulted was an attractive, spacious, and efficient compact that could make a serious dent Honda and Toyota’s sales.

The 2015 Sentra was dull and uninspired. The body gave away that it was an inexpensive car, an entry level vehicle that was predominantly purchased by rental fleets. From the mundane shape that lacked curves to the bland color choices, there was nothing notable about the looks of the old-style Sentra.

Thankfully, the 2016 Sentra doesn’t look a bit like that. Sure, the general size and shape are the same, but there are dashing curves and a flashy new front smile. The grille gets the same treatment as the Murano and Altima, immediately classing up the small car. While the window beltline is still rather low compared to other sportier compacts, the 2016 Sentra grabs your attention with just a little swoosh in the body line, adding to the attraction.

Not a moment too soon, Nissan thought it prudent for the 2016 Sentra to don modern wheels. The outgoing model year still used alloy wheels with rounded spokes, like the kind of wheel you’d relegate to a cheap winter steel wheel alternative. The new 10-spoke, two-tone alloy rims are one of the nicest touches, and they make more difference than you might expect.

The interior – well, there’s really no comparison to what it used to be. Nissan abandoned their cheap grey plastic and without a minute to spare. The 2016 Maxima looks to have a Mini-Me in the Sentra because the new dressings really do make it that much more appealing. You get soft-touch materials all around and the previous rudimentary design is only a distant nightmare now. You’ve got curves and angles instead of a straight layout and the flat and boring console is finely crafted for function and ergonomics.

One of the biggest improvements in the 2016 Sentra is the addition of more standard features than ever before. Even the lowest-level Sentra, the Sentra S, has Bluetooth Hands-Free calling, auto headlights, USB and iPod interface, and keyless entry and trunk release on the Integrated Key. Naturally, power windows and cruise control are standard features on the S trim now.

You May Also Enjoy:
Nissan Altima Redesign Leaves You Saying “Altima Who?” 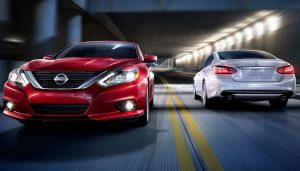 If you want to jazz your drive up a little, hop into the SL trim line and you’ll think it’s a totally different car. Now we’re talking leather heated seats up front, Nissan CONNECT with Navigation and Mobile Apps, dual zone climate control, and a sunroof. Advanced Drive Assist Display is a nifty little 5-inch screen in your cluster that shows caller ID, your safety system status, and a plethora of other items.

The driver control systems are stellar too, including Forward Emergency Braking, Blind Spot Warning, Rear Cross Traffic Alert, and Vehicle Dynamic Control with traction control. All that means is that you’ll get the safest drive ever in the Sentra.

You’ll notice that the basic Sentra S is well-equipped as it is. Some features like the Integrated Key and auto headlights and even standard cruise control aren’t available on the base Toyota Corolla or Civic. The Sentra gets an approving nod in its equipment.

The part we really wished for an improvement will have to wait until a later date (hint hint). The 2016 Sentra uses a 1.8-liter four-cylinder engine across the whole lineup, serving up only 130 horsepower. That’s not a whole lot, considering the Civic has a choice of either 158 or 174 horsepower from its two engine choices. The Corolla also has a standard 1.8-liter with a comparable 132hp.

You can get your Sentra in a six-speed manual gearbox for a fun driving experience, but almost everyone will opt for the CVT transmission. It can often feel soft and sluggish but only because the CVT is efficient at doing its job without sounding like a tuner. You’ve got the option to use either ECO, Sport, or Normal mode to make your “shifts” a little more tailored to your driving style.

The Sentra has really good fuel efficiency ratings though, which is probably its saving grace for the plain performance. It’s rated at 38 miles per gallon on the highway and a respectable 29mpg in the city. Those numbers are good enough to claim better fuel economy than either the Civic or the Corolla.

That Sport mode on the CVT transmission helps improve the driving experience, but so does the rest of the car. The seating is comfortable but a little sporty, and the steering wheel and gauges are quite a step up from the boring former Sentra.

The 2016 Sentra handles like a dream. Speed-sensitive electronic power steering assist can often absorb all the road feel but the Sentra still has enough resistance to be enjoyable. Those 17-inch alloys that make it look so great actually take some of the body roll away as well, so cornering is more precise.

If the 2016 Sentra isn’t enough to sway to into the Nissan showroom for a closer look, the hottest buzz right now is the Sentra Nismo Concept. Now you’re looking at 240 horsepower from a turbocharged 1.8-liter engine and Nismo-tuned suspension. The wheels are larger, not just for looks but for performance, and the interior is even more driver-centric. Think Civic SI but even better.

Right now the Sentra Nismo is only a concept car but it could be a reality in the not too distant future. And if it comes, you’ll find out right here at WheelScene.