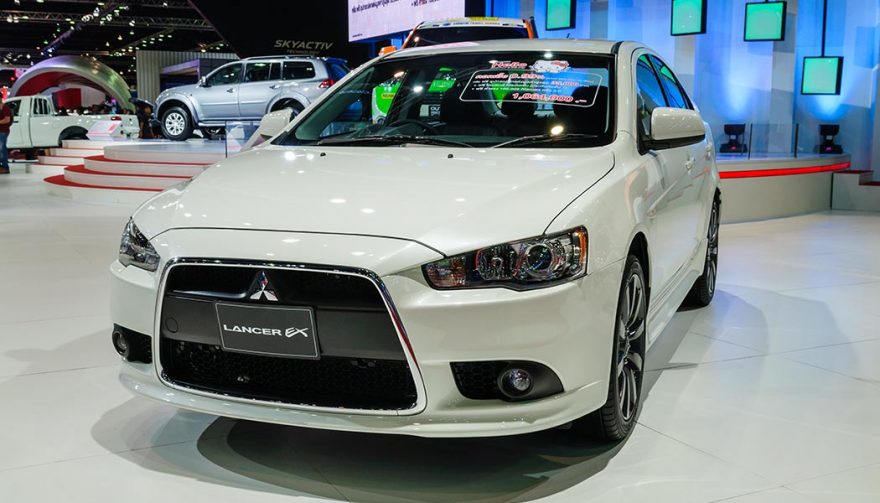 The Mitsubishi Lancer is one of the least safe automobiles

When you slide into your car with your teenage son or daughter the first thing you both do is buckle up. For your son or daughter fastening their seat belt comes naturally. All of their life they have been strapped in, either in a car seat or buckling up when they became big enough to lose the child seat.

You however, probably had to learn to buckle up because it wasn’t until 1994 (1991 for all Canadian Provinces) when all but one state had a mandatory seat belt law. Ironically it took the risk of a ticket to get the public to use the device that one study on longevity listed as the 2nd most effective way to extend your life behind stop smoking.

There is no question that cars and trucks manufactured today are safer than those made a decade or more ago. Automotive manufacturers have invested heavily in safety design, engineering, new materials, collision avoidance systems and exotic technologies like radar, lasers and digital cameras to give their products a safety edge.

Safety has become a major concern for consumers when selecting a new or used vehicle. Crash test ratings from the Insurance Institute of Highway Safety (IIHS) have become an important factor in the buying decision. For the top performing models the test results are often a key feature in a dealer’s sales pitch. But do those tests tell the whole story?

While the crash tests conducted by IIHS are probably the most comprehensive ever run they are conducted in a controlled scientific environment. Real life isn’t always controllable.

An Alternative Measurement of Safety

Leave it to the automotive insurance industry to come up with a way to measure safety in a way we can all understand…with dollars.

Medical payments coverage in your auto insurance policy reimburses medical and funeral expenses to anyone injured in the covered vehicle regardless of who was at fault for the accident.

Insurance being what it is, car models with a history of higher medical payments claims pay more for the coverage than cars with a lesser history. Put another way, you can identify makes and models that have a higher instance of injuries to occupants by ranking the premiums for medical payments coverage.

Here’s what the number crunching underwriters came up with:

You May Also Enjoy:
2017 Toyota Corolla: It’s Got Style, Features and Value 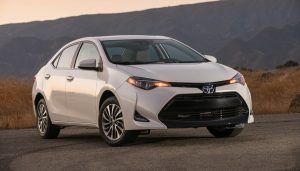 You’ll notice that the first four are compacts. The Mercedes-Benz is a $152,000 sports coupe with a V 12, 504 horsepower engine that can go 0 to 60 in 4.5 seconds. We’ll tell you why this bigger, superbly engineered sports car likely made the “worst” list in a moment.

Cars with the lowest premiums for medical payments coverage (safest):

You can infer from this list that size does matter and bigger is better. It doesn’t take much imagination to envision the results of a Kia Rio being T-boned by a 3 ton GMC Sierra SLE. As logical as this approach seems there is still room for refinement. For example in a 2011 study conducted by IIHS only one of the “least safe” vehicles listed above made the organization’s most deadly list.

Not surprisingly these are all small vehicles. Equally unsurprising is that the 6 vehicles that had 0 fatalities per million registered were all SUVs. It’s important to remember that this list only addresses deaths, not total injuries. Obviously deaths are a rare event in slow speed accidents but slow speed accidents can result in injuries. This explains the disconnect between the least safe vehicles and the deadliest.

There are times when a vehicle’s true potential for unsafe operation doesn’t become obvious until they have been in use by the public over a period of time. While there hasn’t been anything as dramatic as the exploding gas tank of Ford’s Pinto, there have been examples of design flaws in recent history. Most notably Toyota’s uncontrollable accelerator and GM’s current ignition switch investigation. Poor design and bad behavior by manufacturers cannot necessarily be determined by crash tests.

The two models that have killed more people on the highway than any other vehicle are the Corvette and the Mustang. Most likely they are the leaders because of their long histories as brands with Corvette first appearing in 1953 and the Mustang bowing in 1964.

Neither of these cars is intrinsically unsafe. They, and the Mercedes-Benz CL 600, have been and continue to be superbly engineered. But because they, and other high performance automobiles, go fast…very fast, they attract the worst kind of drivers.

The only thing needed to acquire a vehicle that can go 0 to 60 in 4.5 seconds or less is a wallet thick enough to pay for it. A need for speed does not qualify a driver as an expert in high performance driving. Accidental deaths in these vehicles are overwhelmingly single car events caused by unqualified drivers losing control and crashing into trees, utility poles or flying off the roadway.

An IIHS safety score is pretty irrelevant for this type of safety risk.

The takeaway from all this is simply to be aware that “safe” is a relative term when evaluating new cars and of course never operate a vehicle in a fashion that you can’t control.