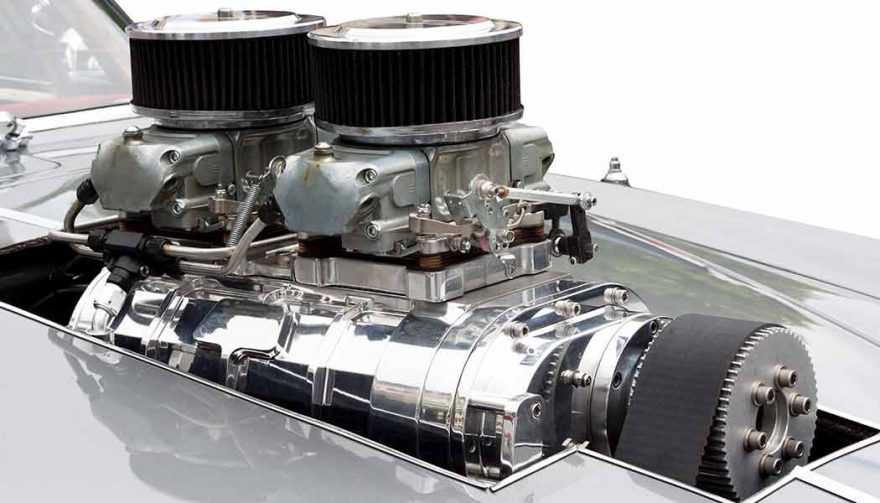 Thinking About Supercharging Your Car?

It seems the more powerful you make a car the more fun it is to drive slow. Realistically, there are not many opportunities to drive fast on public streets, and any contest of speed is strictly illegal and outright dangerous. Yet supercharging a car and other high performance car modifications are a multi-million-dollar industry.

So, what’s the appeal of driving a high-horsepower car slowly?

It’s the same as wearing a Rolex watch or a $2,000 suit. You feel good wearing them, and even better when other people notice you have them. With powerful, strong-motored cars, simply cruising around is big fun. Even more so, just idling through traffic with the looks and sound of a bad car will make you feel good inside.

And nothing tells the world that you’ve anted up into the big-horsepower game like a supercharger sticking up through the hood of your muscle car. It’s even better when there is some high-pitched blower whine as well. People who know what that sound means will notice, look and sometimes even stare as you slowly creep by in traffic.

Why Not Add a Turbocharger Instead?

Silent at slow engine speeds, turbos make sound when they hit high RPM. Or when you let off the gas pedal from high RPM. Either way, if you are just trying to create an impression, make a statement, or add to the visceral appeal of your car, turbos probably aren’t your best route.

For one thing, there’s turbo lag. Years ago, when cars were carbureted, it was said that stepping on the gas pedal of a turbo car was like stepping into a bucket of bees. For a brief moment nothing happened, then all hell broke loose. The lag was the time needed for the turbo to spin up from the increase in exhaust flow and temperature. Then it started to work its magic, stuffing fresh air into the engine’s intake.

But if you are retrofitting a carbureted engine you won’t have the advantage of modern computer control. The resulting turbo lag could be really aggravating, like when accelerating suddenly to pass another vehicle. It’s going to be even worse if you have a big cam that produces weak intake vacuum at low RPM.

You Can Buy Everything You Need in a Kit

It’s no longer necessary to piece together a blower setup for your car. A kit makes great sense for several reasons. Most importantly, it will probably have a smaller supercharger than you think you need, so it will be the correct size to make the engine respond well. 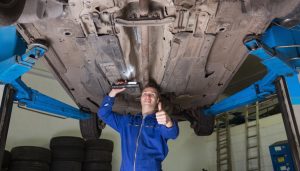 Gearheads tend to overdo things with induction systems, carbs, cams, headers and just about everything else. When you buy tires, don’t you ask what is the biggest tire you can fit on the car? Don’t answer that. We know you do.

Heavily used on industrial diesel engines for decades, superchargers were originally named to match the size of the engine they were used on. For instance, a GMC 6-71 blower, long a staple of drag racing, pumped enough atmosphere under pressure to feed six cylinders of 71 cubic inches each. (No metrics back then, sorry.)

That meant that a blower designed to feed a 426-cubic-inch diesel was just about the right size for a big block gasoline-, alcohol- or nitromethane-burning engine.

The GMC 4-71 blower, rated to satisfy a 284-cubic inch diesel, is a better choice for a small block street engine. The 6-71 would be overkill on a small block, and more difficult to fit the accessories on. However, it would indeed look more menacing on the car as it creeps by in traffic.

If you go that route, for appearance, be wise and underdrive the blower. It’s no fun having all this if the engine does not run right. Better yet, when you have the installation complete, have a competent tuning shop make all the final fuel and ignition curve adjustments on their dyno.

You might be surprised that the blowers that kit engineers seem smaller than what you assume your engine needs. Be prepared to learn. Choose wisely. And you probably don’t need that huge 1150 CFM carb for the street either.

Yes, that big old Buick Park Avenue has an emblem that says it’s supercharged. That brings us right back to the original point of installing a supercharger – to get attention.

But why do we feel it is necessary to advertise to the world which parts our cars are equipped with? Or what size engine it has? It is marketing at its best, to be sure. Madison Avenue knows human nature very well.

But that factory supercharger spends most of its life in bypass mode. It does not actually pressurize the intake manifold until the driver guns the car to accelerate onto the interstate. That bypass mode feature reduces the parasitic power drag on the engine.

Tell that to your friends who insist that turbos run off free power from the exhaust stream, but who think that all belt-driven blowers drain horsepower from the engine under all running conditions. Some types of rotor-equipped blowers do pump pressure all the time they are turning, but others don’t.

If you wanted to keep the supercharger a secret (I don’t know why you would), you could opt for a centrifugal belt-driven blower. As exciting to look at as a vacuum cleaner, and all of its hardware should fit under the hood very nicely. Meh.

For street use, a serpentine belt drive for the blower makes more sense. It will be silent and always properly tensioned, if it has a spring-powered tensioner. But the looks of a skinny serpentine belt say “Meh.” Not the effect you are going for.

A toothed belt will look awesome. No, you probably don’t need that setup, and its an extra expense, but you did not need the blower in the first place. (OK, so you tow a boat or trailer, and can logically justify the expense of a supercharger for the power gain. But we won’t tell that to anybody).

No matter how you look at it, car modding is a great hobby. It can even get your high school kids interested in learning all the math that goes along with it. A worthwhile investment.