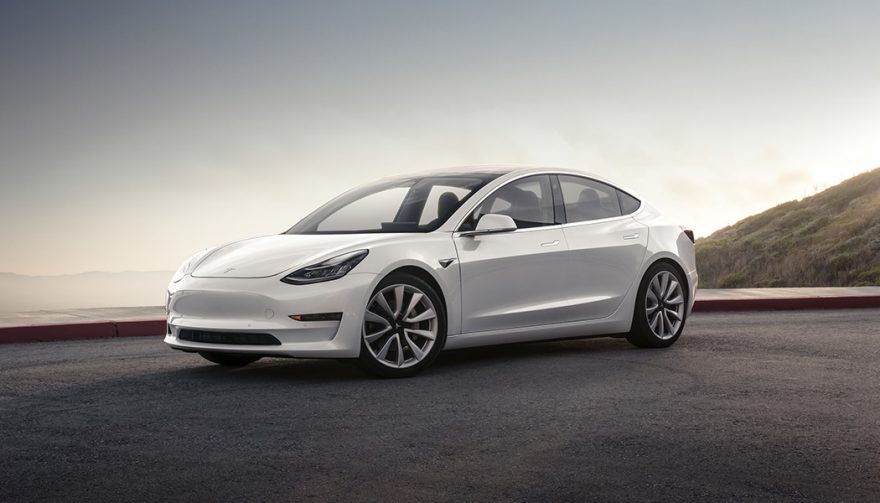 Tesla claims that the Model 3 has surged to a dominant share of the mid-size premium sedan market in the US.

Despite a backlog of close to 500,000 orders and months of production issues, we have more Tesla Model 3 news: it is already staking its claim as the best-selling premium car in the United States. It’s important to note that it’s not just electric cars that the Tesla Model 3 claims to lead in sales—it’s all premium cars in its segment.

It’s a surprise, especially because of the production woes that have been in the spotlight since the Tesla Model 3 began rolling out. But since it’s launch, the Tesla Model 3 has ramped up, building and delivering more than 2,500 units per week.

As pace quickens, the frontrunner in the segment had lost most of its lead by the end of April 2018. That model is the ever-popular and classic Mercedes-Benz C-Class. At the current pace of production, the forecast for May’s sales projected the Tesla Model 3 to take the segment lead.

The true sales figures are up for interpretation (to some extent). Manufacturers largely report their own actual sales, so there may be ‘variances’ in true delivered sales numbers. But a few details can’t be disputed:

If you question the accuracy for Tesla’s reporting, you aren’t alone. With square numbers like 8,000 used for reporting, it’s obvious there’s been some movement, either rounded up or down.

You May Also Enjoy:
Range Anxiety: Which 2018 EVs Can Go the Farthest 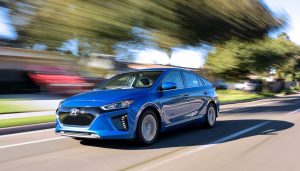 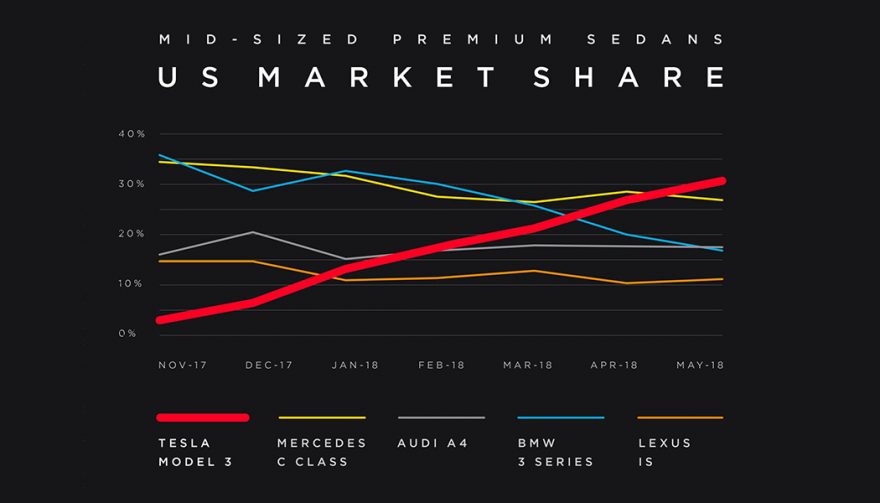 It’s been said the Model 3’s claim as the best-selling premium car isn’t truly the case, because of the extremely limited lineup from Tesla. Its one affordable model, the Model 3, attracts buyers from several segments—compact, midsize, and large. Using BMW as an example, the Model 3 competes with the 2 Series, 3 Series, and 4 Series. Yet, it outpaces the whole stable.

Despite some creative license in reporting, the fact still remains that the Tesla Model 3 is destined to be the leader in the premium car sales race. Any car maker—premium, electric, or otherwise—would be thrilled to have a production backlog of around 450,000 units.

What Else is Coming for Tesla?

Always keeping Tesla in the spotlight is the CEO, Elon Musk. He’s reported that Tesla will begin to enable full self-driving features in models with autopilot. What that means isn’t exactly clear, as Musk didn’t expand on his statement.

If you’re looking forward to the coming Tesla Roadster, be on the lookout for the SpaceX package. Musk tweeted that a SpaceX package for the Roadster may come with 10 thrusters arranged around the car for added performance.