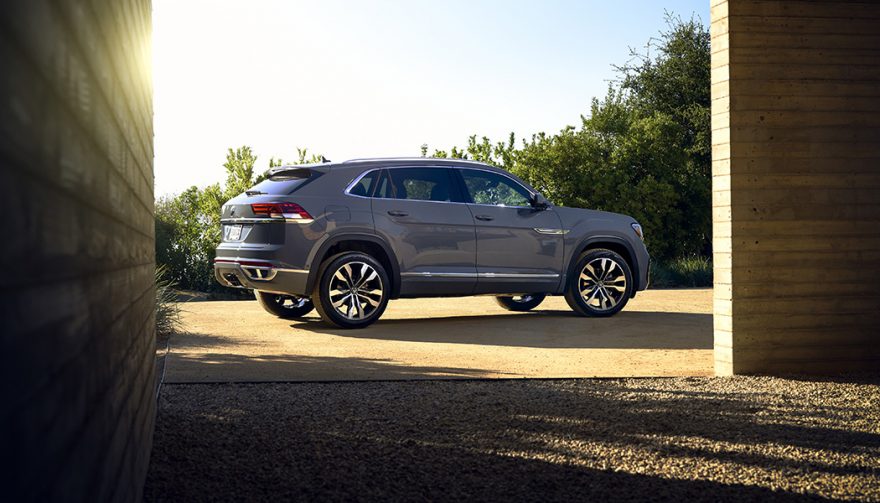 VW Gets Its Style Back, Reveals 2020 Volkswagen Atlas Cross Sport

The crossover segment is growing at a rapid rate. Even though it seems like the market can’t slide more toward the big utility vehicles, it does. So automakers are building more and more. In just its second year of sales, the Volkswagen Atlas has already become the company’s third-best seller and is on the way to number two. Which is why it was a simple choice for them to introduce this latest model. The Volkswagen Atlas Cross Sport is the midsize SUV for VW buyers who want a bit less size, fewer seats, and a lot more style than the standard Atlas.

We appreciate that they aren’t calling the Volkswagen Atlas Cross Sport a coupe instead of a crossover. That’s the way many of its competitors are going. But that’s much of the idea behind what you get here. Volkswagen has taken the standard Atlas and chopped 2.8-inches from the overall length. Despite that, the wheelbase is the same. Meaning that passengers in the middle row get the same generous amount of legroom that they’d get in the three-row Atlas. Third-row passengers get nothing. There’s no third row in the Volkswagen Atlas Cross Sport. 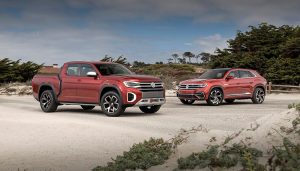 To help make this even more stylish, VW has chopped the roof. It’s 2.3-inches lower than the standard Atlas. The front glass is raked at a lower angle, the roof starts to curve downward much earlier over the rear seats, and the hatch leans forward more than before. So it’s a bit of the coupe look, but if you’re looking for cargo room there’s still 40.3 cubic feet behind the seats. More importantly, most of the lost space is above the window sills. So unless you’re loading cargo to the ceiling each time, the lost space is even less noticeable.

There are more styling changes on the outside, too. The Volkswagen Atlas Cross Sport gets a revised nose from that of the Atlas. It’s a much more prominent three-bar chrome grille, and alongside that grille are new headlights. With standard LED lighting and a revised accent light signature.

Inside, Volkswagen has given the Cross Sport some interior upgrades. This is a more premium vehicle than the standard Atlas, so there’s a new steering wheel. There are also some nicer materials than in the old Atlas, including more contrast stitching and some special leather colors offered. Volkswagen’s digital cockpit gauge display is also offered on SEL trim and higher.

The Volkswagen Atlas Cross Sport will be offered with a pair of powertrain choices taken from the standard Atlas. A 2.0L four with 235 hp and a V6 that makes 276 hp will come with an eight-speed automatic. Both can be had with all-wheel drive, and the V6 can tow up to 5,000 lbs.

The Chattanooga-built Volkswagen Atlas Cross Sport is set to arrive on sale sometime next spring. It will be built at the Tennessee plant alongside the Atlas and the Passat. The plant’s, as well as the platform’s flexibility, are what allowed VW to bring this model from concept to production so quickly. The concept was shown at the New York auto show early last year.