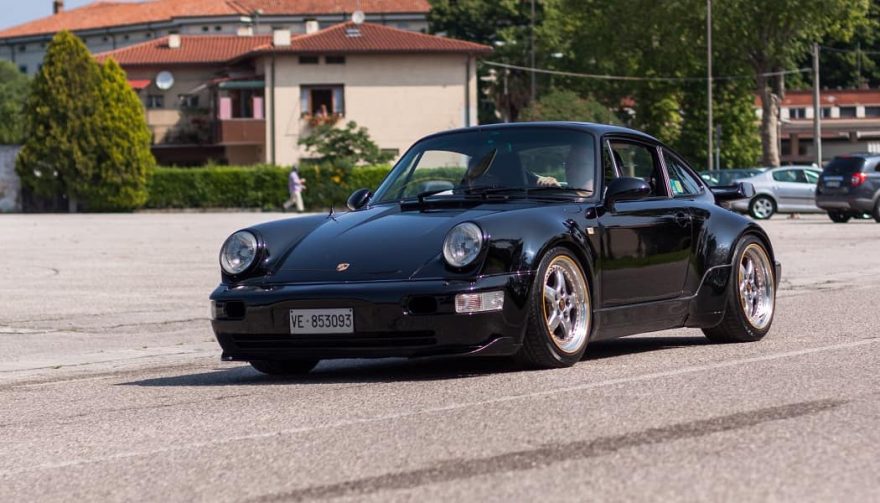 If you had your heart set on owning an old, air-cooled 911, that enthusiasm probably will melt away quickly once you start shopping. Prices for those types of Porsches are just downright ridiculous. For example, a 993 GT2 recently sold for $2.4 million.

Helping to fuel the high values of air-cooled 911s is the perception that they’re far superior to the liquid-cooled versions. Plenty of purists say the 911 was ruined in 1997 when the 996 was launched. In fact, if you want to buy a used 996, you can pick one up for a pretty good deal. Many people think the cars are essentially worthless.

It’s true that air-cooled engines in general are easier to maintain. The fewer parts you have on a car, the less chance something will go wrong.

With air cooling, you really only need to worry about a fan. In liquid-cooled vehicles, there are numerous hoses and connections to transport the coolant, plus a radiator, heater core, overflow reservoir, thermostat –  the list of components can go on. If you have a coolant leak, it can be a real pain to find the source. I’ve personally replaced a number of parts on cars before, only to find a leak hasn’t been fully resolved.

The list of air-cooling benefits can be impressive, I have to admit. Without all of that liquid and extra equipment, the cars weigh less. As Lotus preaches, adding lightness and simplicity is golden. Weight reduction leads to better acceleration, handling and braking.

Making air-cooled engines costs less. So why didn’t Porsche stick with it? After all, cheaper, fun cars that are easier to maintain should be the goal of the company, right?

Before you start to think liquid-cooled 911s are inferior, know there are some critical advantages. For one, the liquid cooling system makes it possible to regulate engine temperatures with greater precision.

You May Also Enjoy:
Porsche 924: The Mustang of Porsche 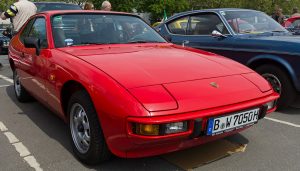 Running a bunch of air around an engine and hoping different parts don’t get too hot isn’t exactly an ideal form of control. If you’re driving slower for prolonged periods of time, overheating can be a real concern. Certain parts of the engine might become hotter than others, and there are limited ways to compensate for that.

If you’re driving around in a hot climate, air-cooling can be a serious problem. Air-cooled 911s perform great in colder weather. At the same time, they’re not a snow-worthy vehicle (at least most aren’t). Logically, you’ll be driving a 911 more in the summer months, when overheating is more common. Liquid-cooling systems mean you can drive hard in the heat with a far smaller risk of running into a problem.

Everyone knows heat is necessary for engines to run, otherwise there wouldn’t be any thing as combustion. But too much heat can literally melt different components, such as valves and camshaft lobes. I had the pleasure of rebuilding an engine that was run too low on oil, and it wasn’t a pretty sight.

Speaking of oil, liquid cooling, with its more regulated temperatures, keeps oil and other lubricants functioning the way they’re designed. This can prevent premature wear on parts. This in turn boosts reliability, at least in that respect.

You get better fuel economy with a liquid-cooled engine. Sure, they weigh more, but the improved temperature regulation means your engine runs more efficiently. If you’re driving a 911 on a daily basis, this can make a huge difference in the cost of ownership. Improved emissions are also possible, since air-cooled engines produce more nitrous oxide by nature, something that Porsche had to comply with legally.

There’s also the power issue. By switching to liquid-cooled engines, Porsche was able to use four valves per cylinder. That means better peak output. Just look at the horsepower and torque figures for 993s versus 996s. There’s a reason no supercars or hypercars use air-cooled engines.

Noise is another factor. Liquid cooling an engine makes it quieter, because the coolant absorbs noise. Your neighbors might not be too impressed with the racket your air-cooled 911 makes early in the morning. Of course, that can be a fun part of the ownership experience.

Why Air-Cooled Models Cost So Much

Price in open markets is dictated by a few factors, one of which is scarcity. There aren’t going to be any more air-cooled 911s rolling off assembly lines. That makes them scarce. Porsche keeps churning out liquid-cooled models, and will keep doing it for the foreseeable future. So, the price of the air-cooled models keep skyrocketing.

People love nostalgia. Air-cooled Porsches are nostalgic. It’s the same motivation that fuels a movement of British drivers to keep steam-powered cars. They’re not better than vehicles today, but they’re loaded with nostalgia.

Really, in the end, the air-cooled Porsche 911s and the water-cooled models aren’t better or worse than each other. It’s like arguing if apples or oranges are better. Each has its own unique attributes. People will have their preferences, but they’re just that: preferences. Just because you might think one option is cool doesn’t mean people who like the other are idiots.