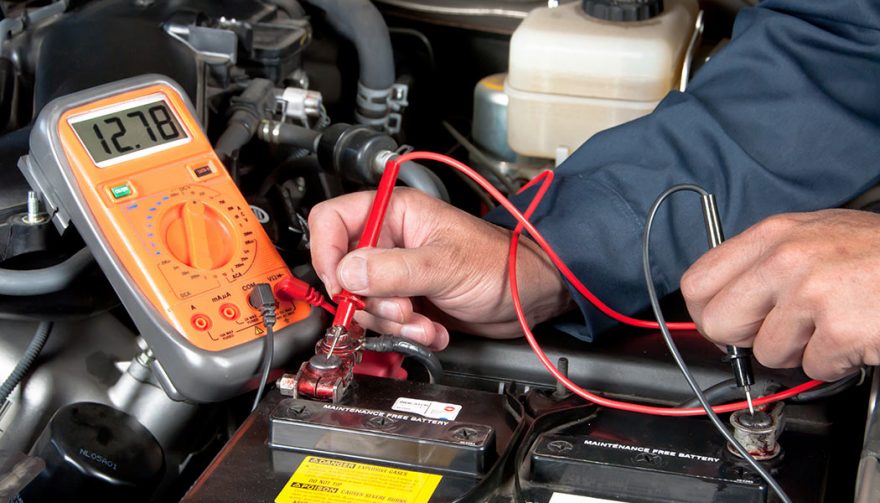 Electricity seems to scare people. It’s invisible, so it remains a mystery to the typical car enthusiast. These three automotive electrical projects will help you unravel that mystery, and give you confidence to tackle bigger electrical projects on your car.

The first thing you will find helpful is learning how to actually measure electricity. Relax, though. Most of the circuits in your car run on very low current. They are 12 volt, direct current circuits, about the same strength as a powerful flashlight. And you are not afraid to replace the batteries in your flashlights, right?

As an aside, automotive electrical ignition systems do operate on very high voltages. That’s what fires the spark plugs. But we’re not going to work on ignition systems in this beginner article.

Why You Need a DVOM

To measure automotive electrical currents, buy an inexpensive ‘digital volt-ohm meter,’ called a DVOM for short. It’s a little larger than a cell phone, and sells for about $15 in major hardware stores. Find it in the electrical department, which makes sense. You will first use it to measure the health your car’s battery and charging system. That’s a useful skill to have.

When you read the little instruction booklet that comes with your new DVOM, it will tell you how to set it to measure 0 to 20 volts DC (direct current). Then, with the engine off, place the negative lead, colored black, on the negative terminal (-) of your battery. That is often referred to as the ‘ground’ terminal. Then hold the positive lead, colored red, on the battery’s positive (+) terminal. The digital display on your new DVOM should read 12.6 volts, if the battery is healthy and fully charged.

Why not 12 volts even? Because a car battery is composed of six individual cells, each supplying a charge 2.1 volts (technically, that charge is called a ‘voltage potential’). The cells are connected together in series, like flashlight batteries are, so the total charge adds up to 12.6 volts. No mystery there. Incidentally, a battery that is 50% discharged will measure 12.3 volts at 80 degrees Fahrenheit, not 6 volts.

Now you will want to test the health of the car’s charging system. With the engine running at idle, your battery should measure 13.1 to 14.0 volts. If so, that means the battery is being replenished as the car draws electrical power from it. Test further. Turn on all the lights and the air conditioner. At idle, your battery should still read at least 13.1 volts, usually even higher. Any less means the charging system is not meeting the electrical demands of the vehicle. You will soon have a dead battery.

As a tip, when working near a running engine don’t keep pens or small screwdrivers in your shirt pockets. They can easily fall out into the cooling fan or drive belts. Not good, and dangerous as well.

Our second project is learning how to test car fuses. When an automotive electrical component stops working, that’s the first thing to check. Buy an inexpensive 12 volt test light at the same hardware store, again about $15. It will look like a plastic ice pick with a light bulb inside its handle, with a wire attached to it, and an alligator clip at the end of the wire. It will come with a small booklet of instructions.

You May Also Enjoy:
How To Start A Cold Car: Making Sure It Fires When It’s Frozen 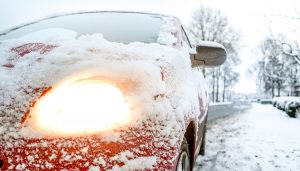 Your owner’s manual will tell you where to find the fuse panels on your vehicle. It will also tell you to inspect each fuse by removing it and visually looking for damage. But removing fuses can damage them, it’s very awkward if the fuse panel is located under the dashboard, and you will end up removing a lot of good fuses trying to find the one that is bad.

Here’s a better and faster way. Attach the alligator clip on your new test light to a convenient ground. With the key on, but the engine off, lightly touch the tip of the tester (the point of the ice pick) to one side of an installed fuse. The bulb inside the test light should glow when it senses power. If it is a lighting circuit, you might have to turn the lights on to power the fuse.

Now touch the point of the ice pick to the other side of the same fuse. If the fuse is good, and is allowing current to flow through it, the test light will again glow. If not, you’ve located a bad fuse. Congratulations. That was easy. No mystery either.

Our last project is learning how to splice automotive electrical wire. Suppose you want to install electrical accessories, like fog lights, an amplifier or a new stereo. Don’t be afraid of those projects because they require adding electrical wires to your car.

Buy an inexpensive wire crimper, which looks like a weird pair of pliers. Again, find it at your favorite hardware store, next to where you found your DVOM and test light. It’s about $20, and will usually come with a small selection of wire connectors. While you are there, buy a small roll of 14 gauge automotive wire, in any color you like. Usually, though, when adding accessories to your car, you’ll want to use red and yellow wires to supply power to them, and black and green wires for their grounds. It’s intuitive.

The various wire connectors in your new kit will be composed of a plastic sleeve over a smaller metal sleeve. Bare wire goes inside the metal sleeve, then you use the special pliers to smash, or ‘crimp’ the connector over the wire. That’s what holds the wire in place. Simple.

So practice doing that. Strip about 3/8” of insulation off your new colored wire. You will then see that it is made up of several little strands of wire, unlike house wire which is solid. That’s because automotive wire has to be flexible, to bend around tight corners, and to allow for vibration as the vehicle moves.

Insert the bare wire into a connector, and then use your new crimping pliers to smash the plastic over it. Now test your connection, by holding the connector with a regular pair of pliers and trying to pull the wire out of it. If the wire comes loose, it was not crimped hard enough. If you broke through the plastic sleeve with your crimpers, you smashed too hard. Practice till you get the feel of it.

You Have Three New Skills!

You’ve now added three new tools to your collection, and learned three new electrical skills. In our next article you will learn to use your new DVOM to run some diagnostic tests on automotive electrical circuits. Those tests will help you figure out what is wrong when an electrical part stops working, or doesn’t work right.